After receiving her undergraduate degree of International Relations in Randolph-Macon Woman’s College in Lynchburg ,VA, Kakenya worked in the United Nations for a year and then decided to go back to school for her PH.D study of International Education in University of Pittsburg.Why? She never forgot her promise to her homeland and she has strong desire of making changes down to earth, which could not be fulfilled in the UN bureaucratic system. 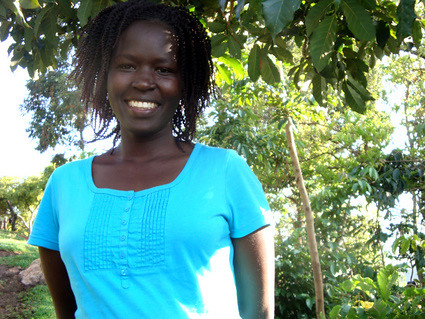 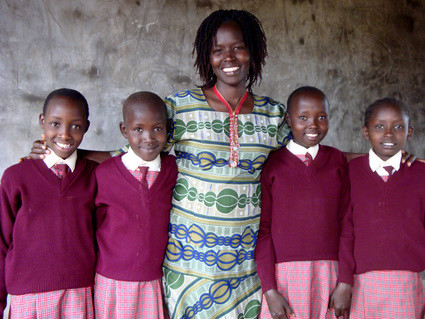 Kakenya Center for Excellence. This idea pushed change happening one after another. Groundbreaking, in August 2008. Student selection, in February 2009. Students starting school, in May 2009. Obtaining sponsorship from the Member of Parliament on school dormitory building, school land registration, purchasing material to finish classroom construction with the local county councilor, requiring more teachers from the Department of Education, assigning school uniforms and textbooks, holding parents meetings and institutionalizing school board–all happened during this August. To see details of the changes in Kakenya Center for Excellence during this summer, Vital Voices–Kakenya Center for Excellence (Photo by Luna Liu, with The Advocacy Project) and Blogs of Luna Liu and Kate Cummings. 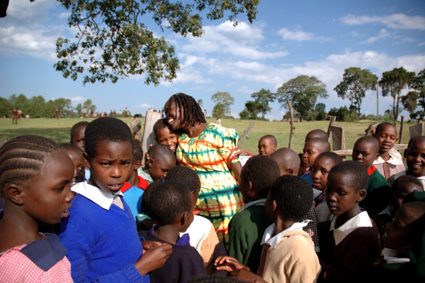 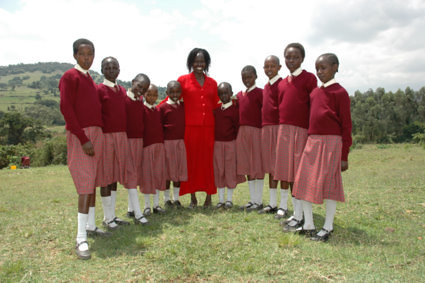 What does Kakenya want to do next? “Join the World Bank, then lead the Department of Education in Kenya, and in twenty years, I may become Kenyan President.” Said Kakenya, hugging her two-year-old son, sitting in front of her mother’s hut surrounded by green hills in Enoosaen.

Yes, I believe she can.