Projects, Proposals, and Budgets Oh My! 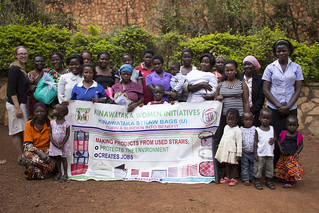 While I have been hard at work here in Uganda, I have been slacking on my blogging. Just to check in, I am in fact still alive and well with the women of Kinawataka! Over the past couple of months the focus of my fellowship has evolved. Initially my goal was to implement the AP deliverables providing capacity building training and support on NGO management and communications under the 5by10 module. While I am still supporting both of those areas, my focus has shifted to fundraising and project development.

I’ve been at a loss about what to blog about relating to work, management and proposals aren’t necessarily the sexiest of topics. However, as AidSpeak blogged: “If you want to save lives, make the spreadsheet cells calculate properly.”

So what exactly have I been up to?

Since September I have been conducting outreach to embassies in Kampala on behalf the Kinawataka Women Initiatives and Gulu Disabled Persons Union. Several embassies provide small grants to community based organizations. My goal is to submit at least five proposals by the end of the year. So far I have sent one off and am in the finalizing steps of another. 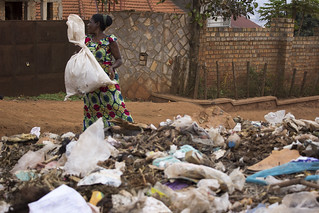 A major aspect of my fellowship is getting KIWOI into a place where the organization can be competitive for funding opportunities. This has been a lengthy process. We have formalized our board of directors, drafted an annual report, changed our bookkeeping practices and created expense reports. I created a detailed budget for the organization and each of our proposed projects. This was significantly more challenging than one might imagine. A lot of the information needed had not been tracked and determining costs was quite the process. Excel and I have come to terms though and the budget is finally complete.

What am I fundraising for?

While we are seeking funding to cover the core costs of the organization, another major aspect of my work these past months has related to project development. We have several exciting programs in the pipeline for 2015. Nearly all of the groundwork to implement these programs has been completed and once we gain funding KIWOI will be off and running!

Plastic waste constitutes a major threat to the environment in Uganda. In order to combat the plastic threat KIWOI has developed a project for the upcoming fiscal year to remove 100,000 plastic bags from the Kinawataka slum in 2015. The project would involve the distribution of 400 reusable and durable straw bags to five stores in Kinawataka, six community trainings, and the development of a campaign to remove plastic bags from Uganda. A pilot program was implemented in 2012 and to promote the use of reusable bags rather than single-use polyethylene bags. The project was a major success and customers continue to utilize the reusable bags and the expansion of the program holds much promise

In order to create self-sustainability for women in Kinawataka, KIWOI plans on hold three trainings on the income generating activities of quail raising, tailoring and mushroom growing. Each of these trainings provides significant dividends for the women in Kinawataka. These trainings were requested by the women in the community and would significantly improve their quality of life by giving them new skills, which can be used to generate an income.

Working with women in prisons

Uganda’s prison system is focused on punitive rather than corrective incarceration. Prisoners leave the system with little means or skills to improve themselves often leading to the resumption of crime due to lack of perceived alternatives. KIWOI began working in women’s prison and trained over 70 women to produce straw bags and crafts from recycled drinking straws. However, the trainings were discontinued due to lack of funding. Kinawataka hopes to renew the trainings and expand them to additional prisons providing training on straw product production and other income generating activities. 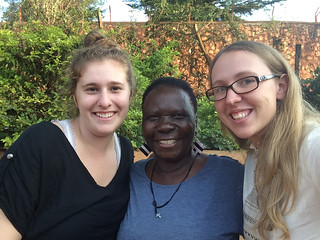 Before I came to Uganda, the majority of my experience had been in conducting research, writing memos and reports, and advocating on human rights issues. I had never drafted a grant proposal, developed a project, wrote a budget or annual report, or completed a log frame analysis. These are all critical skills and I’ve enjoyed learning them. The work has been a challenge, but one that I have been keen to complete. I’ve grown quite attached to the women of Kinawataka and am dedicated to doing my best to get them funding to sustain this innovative organization. I have three videos in the pipeline and do my best to everyone updated so stayed tuned exciting work is happening in the slums of Kampala!