Proud to be a Woman in Uganda! 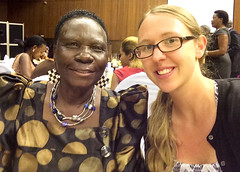 Shannon and Benedicta at Book Launch

July has been an exciting month for the Kinawataka Women Initiatives. We launched our brand new website and KIWOI Executive Director Benedicta Nanyonga has been recognized in two books celebrating inspirational women in Uganda. The first acknowledgement was from CEDA International, which launched their book to identify unsung heroes who act as role models for young girls in Uganda. The second book was supported by the Ugandan government and recognized 78 women in Uganda for their vital work.

Footmarks: Scaling Heights provides in-depth profiles of the women from across Uganda. The book got its name from the effect the women recognized have made in their communities. They have left their mark wherever they have gone like footmarks in the sand.

Many of the women were given the opportunity to share words of wisdom for young girls in Uganda. The women told girls in Uganda that “nobody is better than you” and “don’t let anyone define you.” At the end of each statement the crowd repeated that we are “proud to be a woman in Uganda!” One of the speakers noted that in Uganda, we used to have to import our heroes but now the country is filled with sheroes. 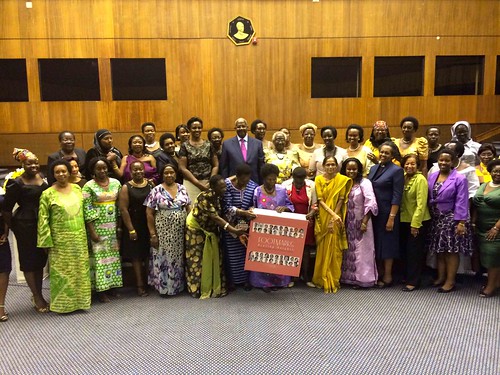 Sam Kutesa, the Ugandan Minister of Foreign Affairs and President of the 69th Session of the United Nations General Assembly, was the keynote speaker for the event. He joked that Footmarks might be the heaviest book in Uganda since it was so full of powerful women. He emphasized that no country can move forward if women are left behind and stressed the importance of educating girls and women noting, “If you educate a girl you educate a nation.”

It was heartwarming to watch Benedicta being honored among so many other impressive women. It definitely made proud to be a woman in Uganda.