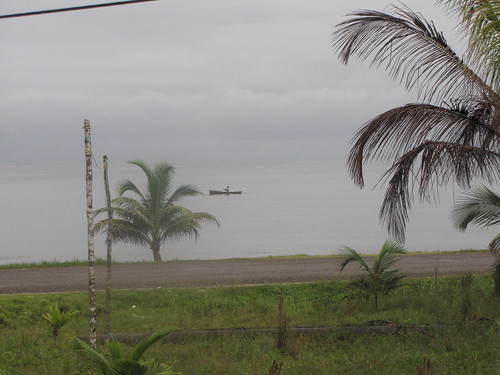 When I moved back to the States after living in Haiti for two years, it was sad and difficult, but one thing eased the transition: the Diaspora. I landed in Brooklyn, where I was picked up by a Haitian cab driver who drove me through the tail end of the Haitian Flag Day parade. My first day back in Boston, a man was playing guitar and singing in Haitian Creole in the subway station. Soon after that I discovered community access TV had evenings full of Haitian music videos.

I would have no such buffer on my return from Belize. In Punta Gorda I met many Belizeans who had lived in the States – usually LA, Chicago, or New York. Never Boston. I mentioned this to one Belizean Creole woman, and she said, “That’s because there aren’t any black people in Boston.” I was taken aback. “There are a lot of black people in Boston!” I said, defensively. But later, recounting this story to some Belizean friends before my departure, one asked, “Well what gave her that impression?” I found myself explaining that Boston is very segregated, and I even got into its history, including the busing riots of the 1970s. Oops. So much for convincing my friends to come visit.

Growing human mobility around the world is both a sad and a happy thing for people who want to hold onto their own cultures, as well as for saps like me who want to hold onto other people’s cultures. A resident of the little Garifuna village of Barranco was lamenting the fact that so many young people leave, but he said some of them bump into such a strong Diaspora community in New York that they come back speaking better Garifuna than they did when they left.

Still, place matters. When I was in Alaska, someone explained to me that sometimes a language will die because it is so heavily dependent on local references that for people who leave the area it loses much of its meaning. In Belize, connection to the land is of particular importance. Everyone wants to be indigenous, but how do you define it? Mayans were obviously the first in what is now Central America, and the Amerindian ancestors of the Garinagu (Garifuna people) were among the first inhabitants of what is now the Americas. Yet there were Europeans and enslaved Africans in what’s now Belize prior to the arrival of Garinagu and most modern day Mayans. So to whom does Belize belong? This summer, the ruling party’s newspaper ran an astonishing number of news and opinion pieces about ‘nationalism’ and ‘nationalization.’ These are the terms the government uses to assert its right to take over the foreigner-owned utility — including cell phone — companies. One piece compared opponents of these government take-overs to saboteurs of slave revolts of the past. But this is the very government that has divided up the country into oil and gas concessions to 18 companies, most of them foreign. In the case of US Capital Energy and the Sartstoon Temash National Park, it allowed exploration without even consulting the local Mayan and Garifuna co-managers of the park. Before the Belizean Supreme Court recently granted 40 Mayan villages ownership over local lands, past governments granted logging concessions to foreign companies in those areas as well. Now the current administration is reportedly planning to appeal the Supreme Court decision at the Caribbean Court of Justice. If the state takes land from local groups in order to grant concessions to foreigners, is that nationalism? 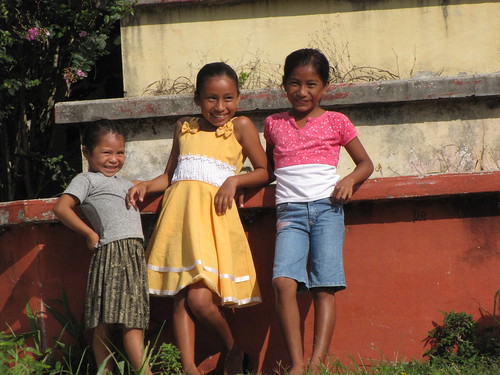 Belize belongs equally to all of its people, who, compared to other countries, live in remarkable harmony. The country turns 30 in one week, and this is a month full of flag-waving and patriotic celebrations. The flag shows a black man and a white man together holding a coat of arms. The black man holds a paddle. The white man holds an axe. Between them is a mahogany tree, and beneath them are the words, ‘Sub Umbra Floreo’ (I flourish in the shade). The flag is missing something, a Creole woman mentioned to me once: There’s no Mayan man on it. It’s also often pointed out that the once abundant mahogany have been virtually decimated in Belize, and the country’s shade is shrinking. 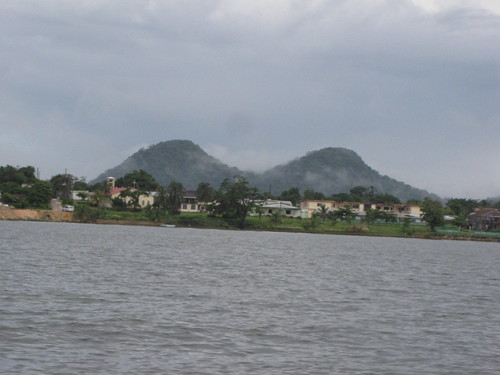 My sadness in leaving Belize is not so much a fear that I won’t make it back as a concern that by the time I do return it won’t be the same. I think about the collection of gloomy forecasts that were constantly on people’s lips this summer: the paving of a road to Guatemala and the Pan-American highway (and all the anticipated traffic and trafficking associated with that), the rising violent crime in Belize City and elsewhere, the tourism and foreign influence that threatens to overrun beautiful villages like Placencia, my Garifuna teacher’s characterization of his language as a dying one, the decimation of the rosewood trees – and of much of the forest itself in the South, and, of course, oil drilling and spills into pristine rivers and wetlands. 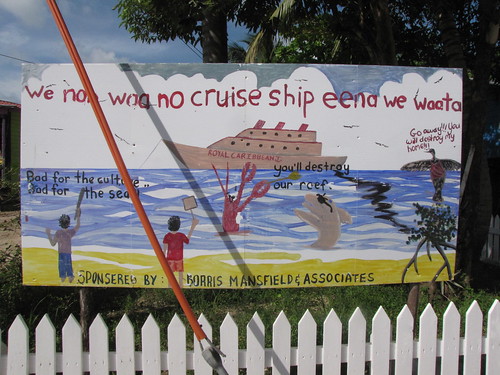 But there’s also a chance that some really cool things will happen. Among those being planned or for which funding is being sought are: expansion of sustainable community forestry, indigenous women’s textile projects, a drum school in Barranco, eco- and cultural tourism in more little villages of Southern Belize, cross-border exchanges with Guatemalan villages (soccer and environmental education), a youth-led plastics recycling initiative, and on and on. Belizeans need money, and how great it would be if they were able to get it through programs that helped preserve all the things that are at risk: the environment, language and culture. 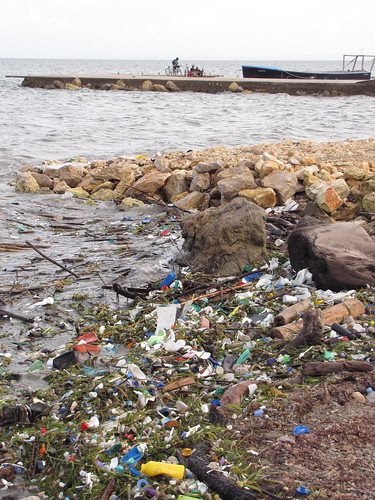 Back in Boston, with classes starting at the Fletcher School, I’m still tying up some loose ends with my work for SATIIM and the Advocacy Project. The biggest of those ongoing projects is, of course, the Midway women’s quilt. I really look forward to showing it once it’s sewn together, and ultimately selling it for the benefit of the very enthusiastic (and talented) women who embroidered the panels. Stay tuned! 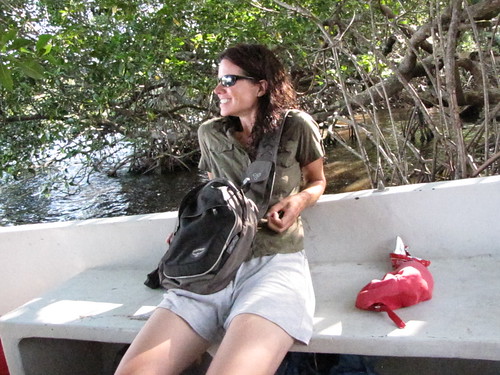