Today is July 9th, which means I have exactly one month left in Amman. I wanted to take this time to reflect on how my expectations for this Peace Fellowship compare to the realities on the ground. 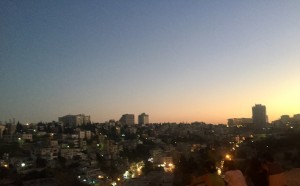 Expectation: I am going to come in and start making positive changes immediately!

Reality: Change takes time and development work is not easy. When I first arrived, I had a plan of action for implementing an Advocacy Project sponsored embroidery program for the Hope Workshop. This collective had changed significantly since the last Peace Fellow was here, which meant I had to scrap my entire plan and start over. Plus, we were beginning during Ramadan which meant CRP had abbreviated hours and less time for me to get work done. After meetings with Gwen and the rest of the Hope Workshop team, we decided on a plan of action. Leaders chosen by Gwen and me would be trained by the embroiderers at Tiraz Museum. Then, these leaders would train the women we pulled from the waitlist to join the AP embroidery group. This has taken a long time to begin, as the trainers at Tiraz have had a change in leadership and we took a week-long break for Eid. 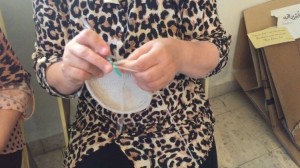 As I return to work, I am hoping that this program begins in earnest soon. That is not to say that we haven’t made progress. On June 20th, we had an extremely successful giving campaign on GlobalGiving to benefit the Hope Workshop. Over $10,000 was raised and this money will be so beneficial for the ladies of the Hope Workshop. Rome wasn’t built in a day and a successful new program for the Hope Workshop won’t be either. It was hard at first to accept this, but I have learned that progress is progress even if it is slower than anticipated.

Expectation: I am going to be friendless in a foreign country whose culture I don’t understand.

Reality: I know I have already said this, but I am lucky to be working with such welcoming people. My coworkers have made this transition into life in Jordan much easier and I am thankful to have them around to show me the ropes. The culture in Jordan is definitely different from what I am used to, but the learning curve flattens out significantly after being here a few weeks. I now know that I should get in the back of the cab unless there is no room for me there. I also know that an Uber will most likely ask me to sit in the front to avoid police intervention. I cross the street confidently, despite speeding cars who I now know probably won’t stop for me. I know how to force a cab driver to turn on the meter, though I haven’t mastered how to get them to stop asking me invasive questions. Overall, I feel a lot more acclimated to living in Amman now.

Expectation: This is going to be a very formative experience.

Reality: This has been one of the most life-changing experiences of my life thus far. I have lived abroad before, but being here and doing this work has given me new perspective and drive to make a difference. However, I have begun to understand the intricacies of working in the field with a CBO and how change is actually realized. I truly believe that this experience will be something that informs the future career path or graduate study I choose to pursue. 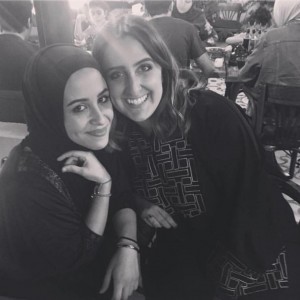 Most of all, I am lucky to have met and befriended some of the refugee community in Amman. I long for everyone to have the opportunity that I have had to meet these resilient, caring people. To hear their stories and be their friend is one of the biggest honors of my life. I hope they can understand how much of an impact they’ve had on my life and will continue to have on it in the future.