Reflexions on Putis: Memory and Development

On the way back from Putis, we hit a rock and the car went flying, bursting a tire as it landed—on the road, thankfully, as the precipice was unnervingly close. Normally, this wouldn’t be a big deal. If you couldn’t change the tire yourself, you’d call the CAA, a tow truck, a parent or a friend, who could come to the rescue. If all else failed, you might rely on the goodwill of a passer-by. Except that on the road to Putis, there is no phone signal, no passers-by at that time, and the walk to the nearest village with a phone would be at least 10 hours. To make matters worse, the road is known for violent assaults; not an ideal place to find oneself in after dark.

As Carlos, Erick, Nelson and Jesús, the EPAF staff I shared the car with, one after the other engaged in a battle of wills with inadequate tools and bolts that would not budge, I found myself thinking that the very isolation and marginalization that now made us vulnerable were also responsible for the vulnerability of countless communities in Peru during the internal war, and the cause of much of the suffering that ensued. 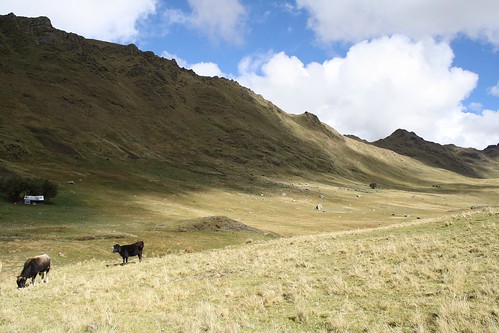 Of every 4 victims of Peru’s internal war, 3 were rural, indigenous, and Quechua-speaking. The position of exclusion of the majority of rural indigenous communities in Peru exposed them to the violence wrought on not only by the Shining Path, but as exemplified by Putis, also by the brutal and mistaken response of state forces in their efforts to crush the insurgency. Moreover, it is this exclusion that permitted the horrors occurring in the countryside—particularly in the 1980s—to go largely unnoticed in Lima, the social and economic heart of the country. The victims were, for all intents and purposes, less than full citizens; little uproar was caused by the violation of their most fundamental rights.

Where does that leave us, now that the conflict has officially been over for more than 10 years? The sad reality is that the exclusion continues, whether through the very real discrimination embedded in Peruvian society, or though the constant and mechanical reproduction of the conditions of marginalization and poverty facing rural indigenous communities, to say nothing of the sequels of the conflict itself. The exclusion continues, and it continues to impede the capacity of victims of violence and their families to have their voices heard and claim their rights. From my perspective in Lima, to say that the troubles affecting poor Quechua-speaking peasants is not part of the national psyche seems like a gross understatement. 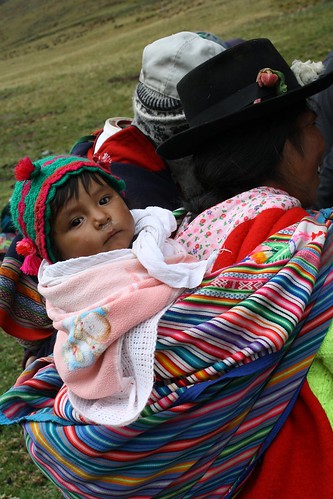 In this context, I can’t help but wonder about concepts such as post-conflict reconstruction, post-conflict reconciliation, etc. These concepts seem to imply the return to an original, desirable, situation yet I don’t think anyone would argue there is an original, desirable situation to return to in this case. And this is where memory comes into play. Memory of the mistakes made, memory of the lives lost; memory from which to learn lessons and move forward, not backward to the pre-conflict status quo.

EPAF believes that the way forward is the transition from victims to rights-bearing citizens through the full realization of civil, political, economic, social and cultural rights. The Paradero Esperanza initiative conducted in Putis lies squarely within this line of thought. The idea is to create a seed bank of native potatoes, with the objective of helping Putisinos develop a larger, better, and more varied production that can be inserted in regional and national markets. Socioeconomic empowerment can act as a form of reparation for the suffering occurred during the conflict—particularly in the absence of a process of integral reparation on the part of the State—and, it is hoped, prevent future eruptions of violence by eradicating the historical conditions that led to its emergence. 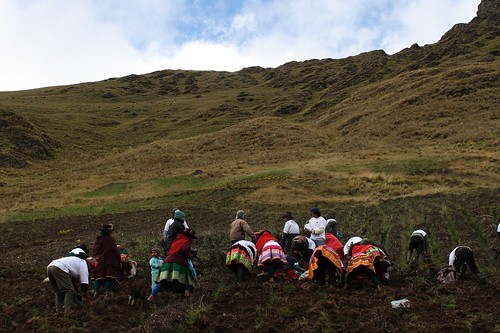 In 1984, the Peruvian military offered Putis as a safe haven for the inhabitants of nearby communities fleeing the Shining Path rebels. Villagers of all ages were convinced to dig a fish pond, only to be rounded up, executed, and buried in said “pond” on suspicion of having ties to the guerrillas. The families of the victims had to wait for more than 20 years before the mass grave was exhumed, allowing them to identify the remains and bury their dead in dignity. Today, the inhabitants of Putis continue to live in the same conditions of cultural, social, economic, and political marginalization that made it easy for both terrorists and State forces to violate their most fundamental rights.

If you are moved by the story of Putis, you should know this. Putis is not special; it is not an exception. There are thousands of Putis in Peru; the only difference is that their mass graves still lay undisturbed, their disappeared still missing. How much longer will their families have to wait to get answers? And equally importantly, how long will their victimization be allowed to reproduce itself inexorably? 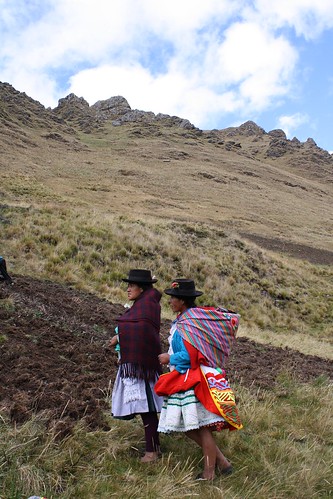