With the Memorandum of Understanding (MOU) signed with the local government, the plumber was able to begin renovation work at the bus park. The plumber, Ronald, was chosen after receiving bill of quantities from three contractors and plumbers. I met our chosen plumber in the new main market (a World Bank project) when Simon, the GDPU Local Coordinator, and I were accessing whether the market met accessibility standards for sanitation. The Municipal Engineer pointed out Ronald during the assessment and I scribbled his number down underneath a sink. He works on a team with his brother, who is a contractor and his associate degree in Civil Engineering. Ronald has finished both plumbing craft I and II, followed by advanced Plumbing Services Lismore. He works throughout Uganda saving up money to go back to school for an eventual associates in Water Engineering.

At the bus park GDPU and Advocacy Project are focusing on three main areas of work. Firstly, the toilet facility needs to be replaced. The accessible toilet closed a few month before I arrived because the cistern broke under the excessive water pressure, as attendants were using jerry-rigged cans to provide water to the flush toilets. To fix this problem the new cistern is lower to the wall and secured tightly using L-hook anchor bolts. Our second area of focus and most important, is connecting the flush toilet to water. The plumber connected to the water line and funneled it to a tank now on the roof of the toilet. The tank is important as it will hold water when power is out (allowing the toilet to still flush) as well as provide greater water pressure to the toilet. Lastly, the hallway is being re-leveled for drainage, as when it would rain, water would flood in the toilet stance.

Check out the progress: 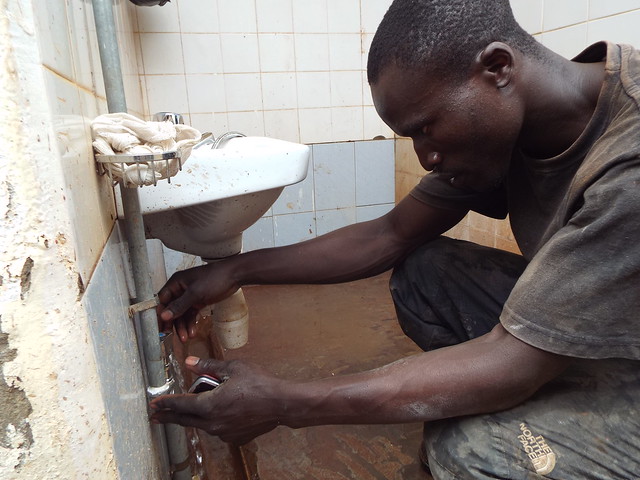 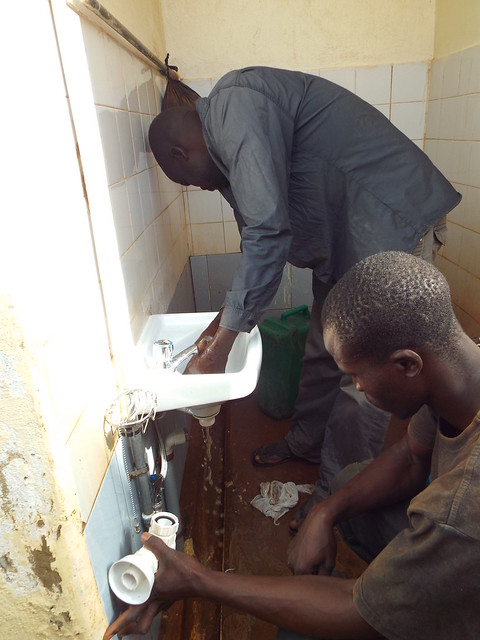 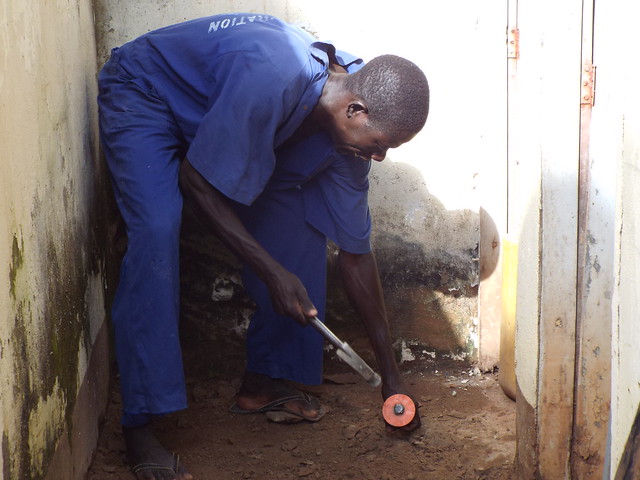