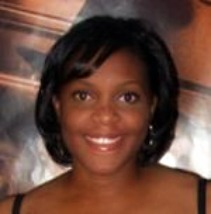 Ola Duru (eHomemakers): Ola received her Bachelor’s degree in international marketing from American University. After graduation, she worked at the Carlyle Group as a fund coordinator in the International Real Estate group. At the time of her fellowship, she was in the MBA program at Georgetown’s McDonough School of Business.


Separation of Church and State?

I fondly remember growing up in Nigeria where prayer was a part of our schooling. Every day before classes began, all students assembled outside by the flag pole where we recited our pledge to our Country and then our pledge to our God. Growing up, I naively assumed everyone in school was Christian and naturally believed the very same things I believed. I never gave much thought to it then and didn’t give it much more thought when I arrived in the US and discovered prayers were not a part of the school day.
In the on-going debate in the US regarding the separation of church and state, I have never really taken a side, never really had a strong opinion on either side. When prayers were said in schools, it was my Christian prayers that were being recited. I was a part of the majority, or at least the ruling majority, so I had no grievances. Since being in Malaysia, I see the debate in a different light. The church and state are inextricably woven together here. One thing is good here in church that they use free church management software which makes everyone easy to know any kind of events at church. The Muslim faith is the official religion of Malaysia. In a country populated with so many different ethnic groups and cultures, and such a complex history, the simplicity of one unifying religion seems almost unfeasible, and in fact it is. From Taoism, to Buddhism, Christianity, to Hinduism, what is certain in Malaysia is that nothing is quite that simple.

So it is a bit surprising to me that the government insists that all people of Malay ethnicity are Muslim at birth. It’s also surprising that citizens of Muslim religion must enter the judicial system just to change religions. Women who marry Muslim men must legally convert religion. The purpose as dictated by the government is to protect women and give them rights under Sharia law if a divorce from a Muslim man should happen. And what happens to all those Malay citizens of Chinese, Indian and Indonesian decent? Are their rights as citizens diminished because their religions fall outside the official sphere? I am no expert on the debate surrounding the separation of church and state, but I now see clearly how exclusionary it could be to align one group’s faith, with a country’s existence. Being outside of the ruling majority makes my personal beliefs and values of religion and Christianity seem less significant. I wonder if Malaysians feel the same way.