Starting with a Success Story 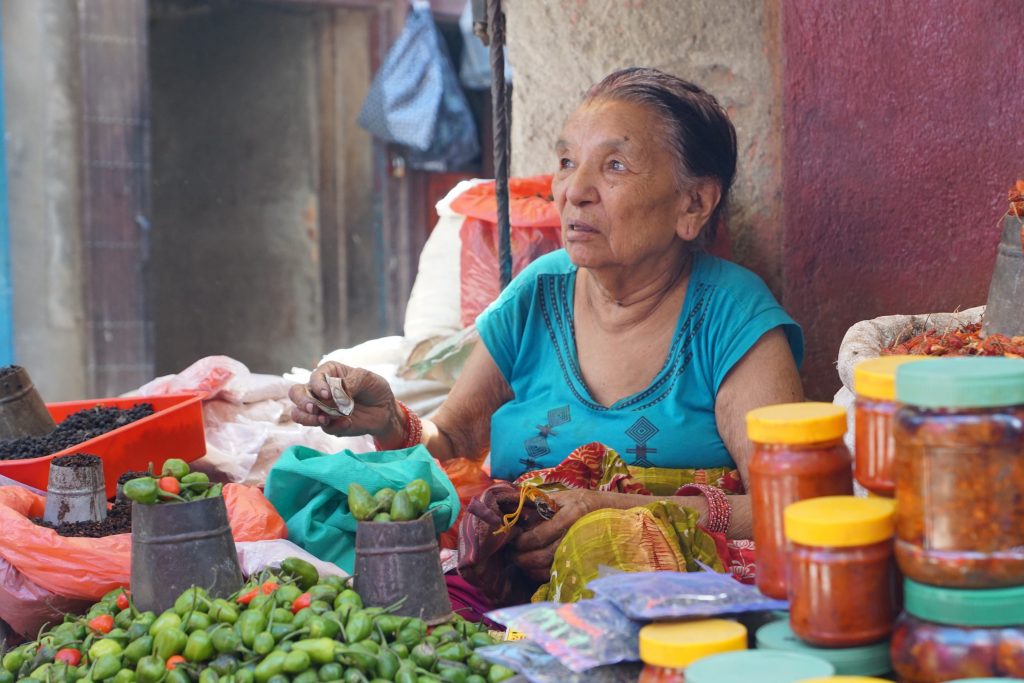 Street vendor in Chhetrapati, waiting for change, surrounded by her vegetables. (Kathmandu/LC)

I struggled a lot with writing my first blog post.

Should I write something reflecting on my first impressions of the country where I will be living for 6 months, at the risk of being cliché? Should I do something formal summing-up the last few weeks preparing for my stay in Nepal, at the risk of making it very boring for the reader?

I could write something funny about my experience being approached by 4 local hash dealer within 3 minutes one evening in Thamel, whispering in my back “I have good one, good one, hashish, my house”, because I probably stood involuntarily at the hash trade intersection of the area. I could also write about my delightful experiences being vegetarian and trying to avoid looking all the plucked and neckless chickens lying on dirty displays every 30 meters on the streets I walk along to get to work. 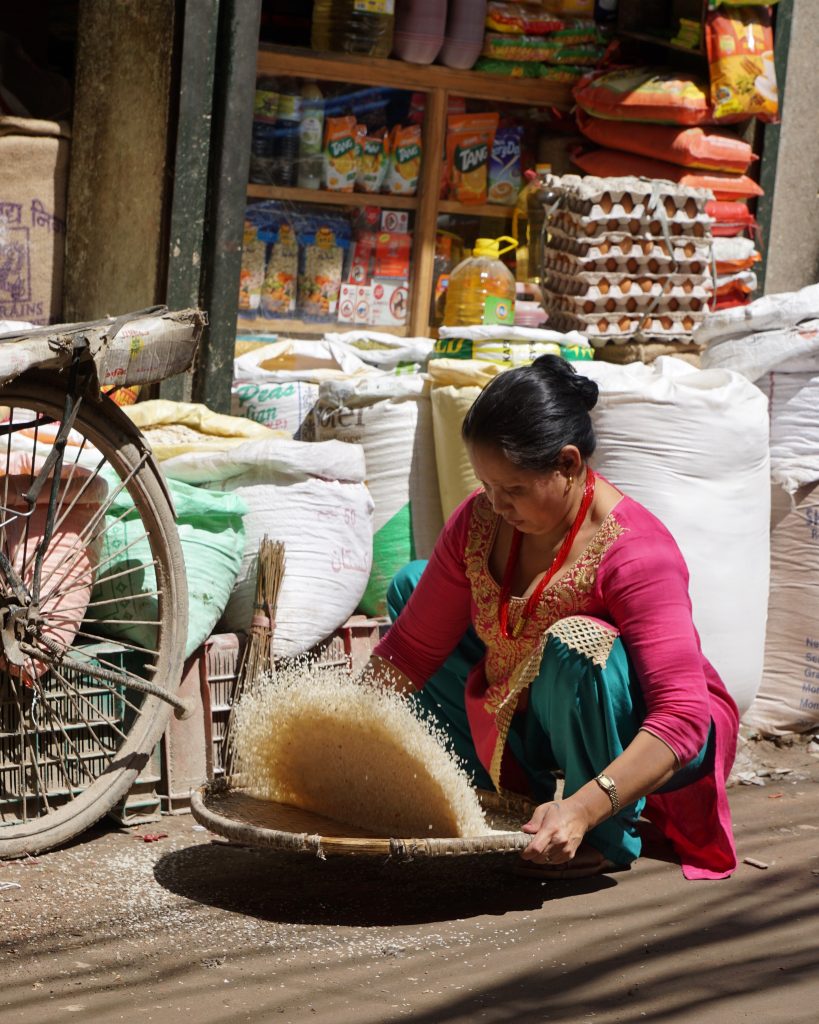 A woman sorting out rice in front of her store in Nhyokha. (Kathmandu/LC)

I decided it would be useful to sum-up the following things:

The Advocacy Project (AP) is a non-profit based in Washington that works with community-based organisations (CBOs) to help them get their message out, support their work for social change, and strengthen the organisation in order to increase their independence and chances of success. AP hired 10 Peace Fellows this summer that will work with chosen CBOs on particular projects. During our training in Washington, our group produced a 2018 promotion video, that you can visualize here as it will surely be much more effective to explain AP and our fellowships.

I am in Nepal for 6 months because I applied for one of AP’s fellowship with a Nepalese NGO called CONCERN (Concern for children & environment Nepal). It has been fighting various forms of child labour since 1994. I will work with CONCERN on a campaign that supports 50 children that have been rescued from brick factories and put back in school. Since CONCERN works with 7 schools in the Kathmandu Valley, I will be conducting a report on this 50 children project, meeting all the children, their families, and teachers, updating the data collection, telling stories about these children and their new life at school (without bricks), potentially producing a documentary on child labour in brick kilns, training CONCERN’s staff about IT and social media, and (of course) raising funds! 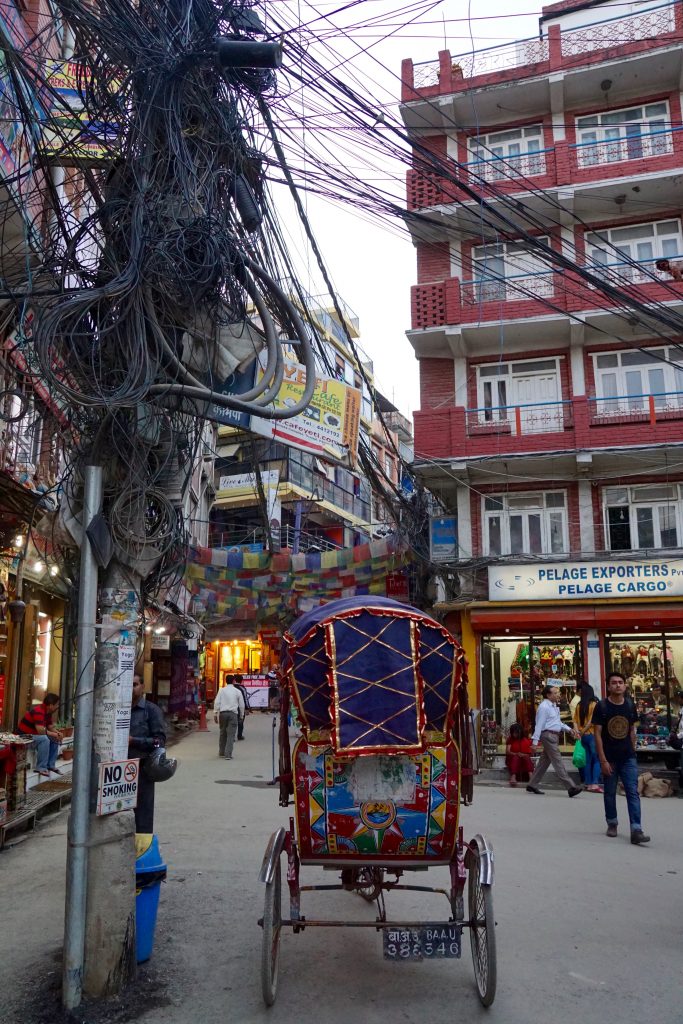 The centre of Thamel, the most touristic area of Kathmandu, where “Yes Madam, Rikshaw”, and “Taxi Madam, taxi” stream in from every direction. (Kathmandu/LC)

Starting with a success story

CONCERN’s founder & director, Bijaya, and the chief of finances, Prakash, took me on a field trip right at the beginning, but it was not a visit to a school or to the families which are supported by CONCERN as I would have expected. I went to Panauti, a town in Kavrepalanchok district, because CONCERN was closing the field office there. Opened in 2008, the office was coordinated by Jayaram. Within 10 years, CONCERN managed to eradicate child labour in the stone quarries of Panauti, Khopassi and Salandu Bagar. 350 children from more than 300 stone quarries have been rescued. CONCERN supported poor families with goat farming, gardening and sewing training in order to reduce poverty and consequently child labour. To be sure that the stone quarries of Paunauti area remain free from child exploitation, Prakash, Bijaya and Jayaram are visiting them from time to time. 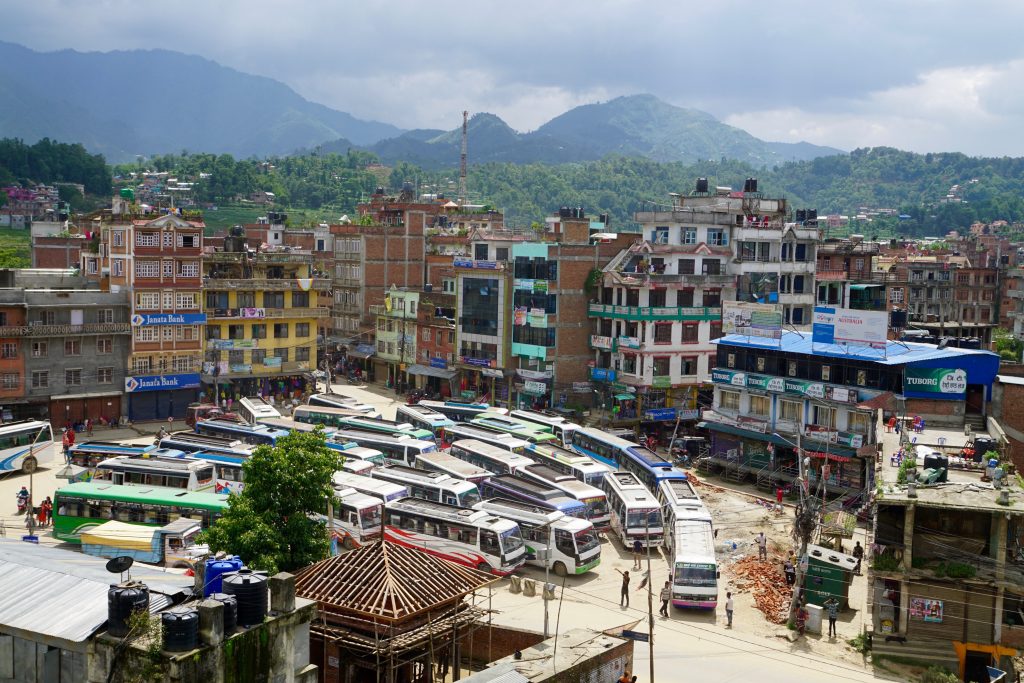 The town of Panauti, situated in the South-East of Kathmandu where CONCERN eradicated child labour in stone quarries within 10 years. (Panauti/LC)

Yesterday, as I was arriving at my office after my daily 45 minute walk by foot in the dust and exhaust emissions, one young boy crossed the street. A child-porter, far too weak to carry the heavy charge on his back and his forehead. Was it a bag of rice, potatoes, cement or sand? I don’t know, but no child should be subjected to forced labour.

Starting with a success story might be a message of hope. But there is still so much to do. I will do everything in these 6 months to make sure that these rescued 50 children keep going to school and don’t go back to the kilns. 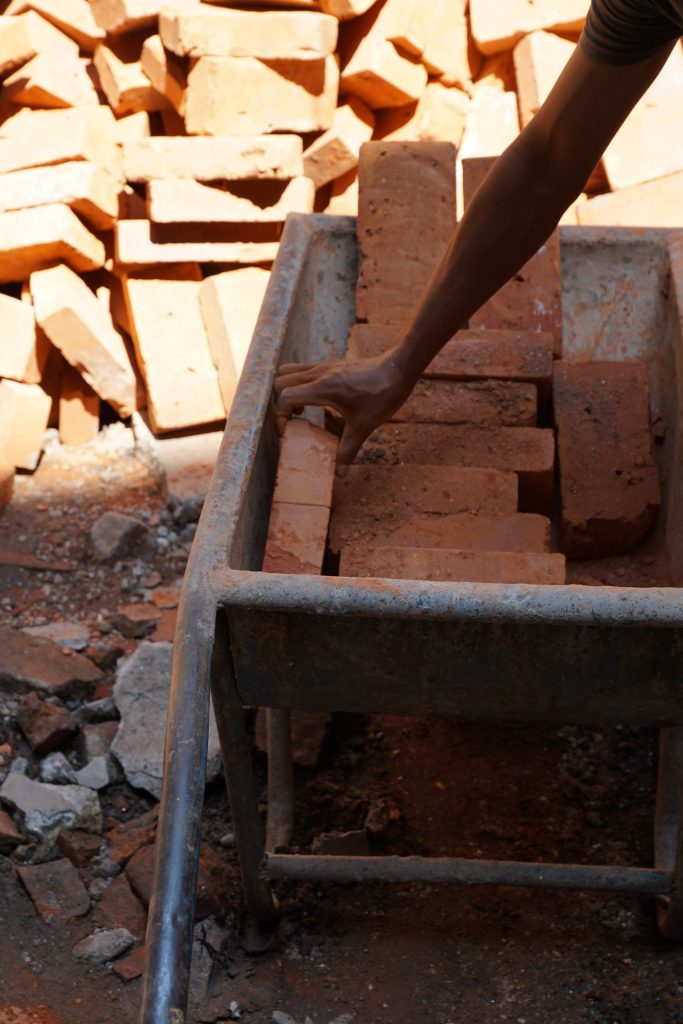 A man is unloading bricks arriving from the factories in the courtyard from a street in Nhyokha. (Kathmandu/LC)

I hope I will manage to touch you with all my further blog posts, videos & podcasts. Maybe I will bring tears to your eyes or make you smile, I hope to at but least get your attention on this deep rooted problem that is child labour.