Enoosaen is primarily a Maasai region, inhabited by those who decided to leave their wandering ways behind them and settle here. The Maasai culture is notorious for its chauvinism, thus working with a group of adult women on the quilting/beading project makes a lot of sense, because unlike our girls at the Enkakenya Centre for Excellence, the vast majority of the women have not had access to education, had to undergo FGM and get married at an early age, and have overall endured all the difficulties associated with growing up as a Maasai woman. This makes for incredibly interesting storytelling, and the women of the Rehema Widows Group are not disappointing in that department. 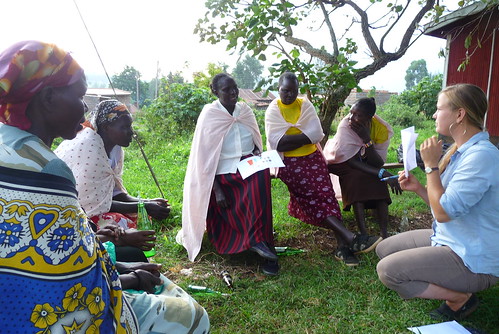 After meeting with the women a number of times, explaining to them the idea and importance of the project, we took note of the stories they wanted to tell. Some of these were personal accounts, but others were more of a group effort since so many of their struggles are experiences also common to other women. After this we approached a couple of people who could help us with drawing their stories onto fabric, but this turned out to be a difficult part of the process since they were not very keen on helping with our project or were just very busy. 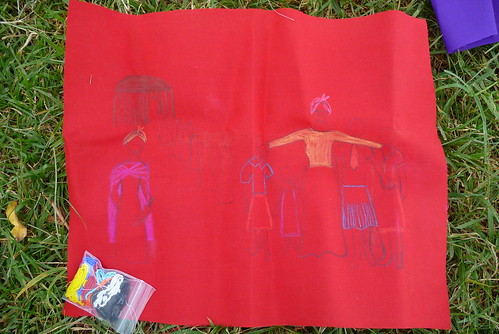 But our very own Charlotte came to the rescue and showcased her artistic abilities by drawing all the stories herself. I might be biased because I could not do this myself as I lack the drawing skills, but to me her drawings look amazing and true to the stories told by the women. 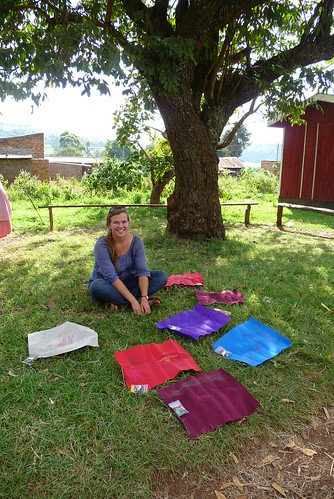 We later distributed these drawings to the women, and gave them all the material (beads in different colors, strings, and needles) necessary to start the beading. They are very excited about the project, and some are almost done with their first panels. After seeing the work done by their fellow group members, other women who were not initially participating are now eager to join our project, and Charlotte has already collected new stories to draw. 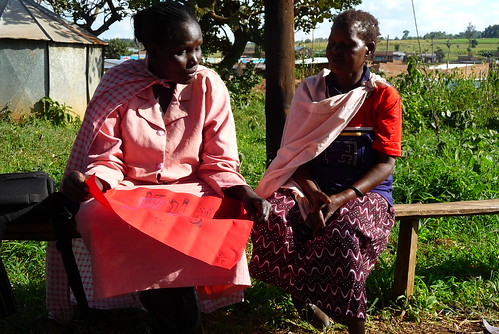 It might not be possible for me to see all these panels finished before I leave Enoosaen in two weeks, but working on this project has given me incredible insight into the lives of these remarkable women. I have learned, for instance, that in the Maasai culture the woman is expected to build her home after getting married (the traditional mud houses are called “Manyatas”), and that is also the woman’s job to take care of the “shamba” (the farm). 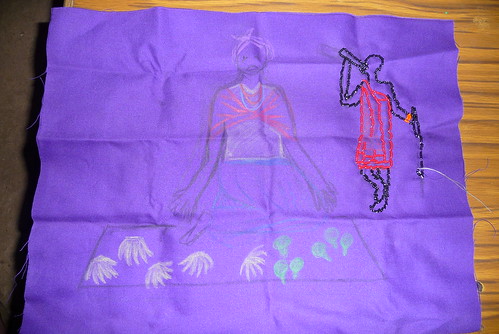 These women carry a heavy burden on their shoulders by being widows in a society that privileges men. They have to fend for themselves and their children as their deceased husband’s family and their communities often turn their back on them. They are amazing, strong women, and I feel extremely privileged for having had the opportunity to meet them and learn more about their stories.