Gretchen Murphy (Survivor Corps in Vietnam): Gretchen has considerable experience of volunteering with human rights prior to her fellowship. Her jobs included working with Amnesty International’s International Justice and Accountability Program, and served at International Service for Peace (SIPAZ) in Chiapas, Mexico where she researched the impact of international organizations on indigenous nonviolence movements. Gretchen also interned at International Crisis Group in Washington DC. Where she focused on the role of new media in advocacy and the role of media in creating change. At the time of her fellowship, Gretchen was pursuing her Masters degree at American University’s School of International Service. After her fellowship, Gretchen wrote: “I witnessed some of the most genuine forgiveness I have ever seen. Although I did run across the occasional angry person (often rightfully so) ALL of the survivors I met were nothing but generous and welcoming to me. It was incredibly humbling.”

Yesterday I had the privilege of spending the afternoon at the home of Mr. Le Tu Phong in Xuan Trach Commune.  Xuan Trach (pronounced Sun Trac) is a remote commune less than 20 miles from the Lao border and is distinctly more rural than the other communes I have visited with LSN-V.  The last 25 minutes of our drive were through red-mud roads that took us up into the foothills on Vietnam’s western edge–quite a striking landscape. 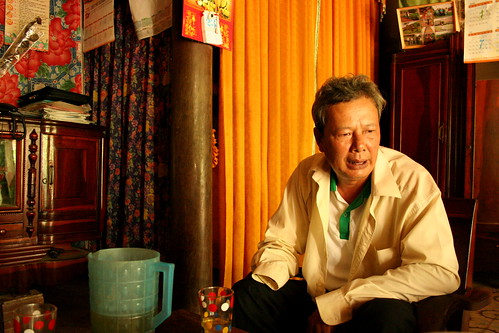 Mr. Phong is a LSN-V survivor and the leader of the commune’s self-help group.  Self-help groups and peer support are an integral part of LSN-V and Survivor Corps’ mission.  They provide a sustainable model for survivor self-empowerment and can even provide economic opportunity when the group works together.  They are distinctly grassroots and are run, from day one, by survivors themselves.

When we arrive at the Phong compound it is filled with grandkids, puppies, chickens and fruit trees.  It is a peaceful place and as we sit down to talk to Mr. Phong, his wife and grandkids gather around us to listen.

For his robust stature, Mr. Phong is surprisingly soft-spoken, but his message is strong.  Although the interview is about his survivor story, he hones in on the self-help group and the improvements to the lives of other survivors since its formation.  As the conversation progresses, it is easy to see why he is a natural leader.

Le Tu Phong spent fourteen years in the army before retiring in 1988 to return to his wife and children in Xuan Trach.  Back in the lush countryside he began farming and raising animals like most other families in the area.  Just a year after returning, Le Tu hit a bomb with his hoe while working in the rice paddy.  He lost his right arm below the elbow.  But Le Tu doesn’t speak about his injury much–he says it took him a while to recover, but that with the support from his family and the community, he eventually healed.  What he is more interested in talking about is the economic and spiritual improvements that are generated by the self-help club and LSN-V’s arrival in Xuan Trach.

These improvements are tangible, both for his family and the larger community.  Since his involvement with LSN-V, Le Tu has participated in a number of trainings–on animal husbandry, horticulture and on how to manage and fund a self-help club.  He has also benefited from LSN-V’s direct assistance program receiving a pig and a grinding machine that he uses to make animal feed.  The training and assistance have already had an impact.  Le Tu used to lose 1-2 cows every year to disease.  Since the training he has not lost any, and he knows how to treat them if they get sick.  This is a big improvement since livestock provides a good portion of his income.  Moreover, he now grows a number of fruit trees.  This improvement we got to reap the benefits of when Mr. Phong sent his grandson to retrieve some pomelos for us to try. 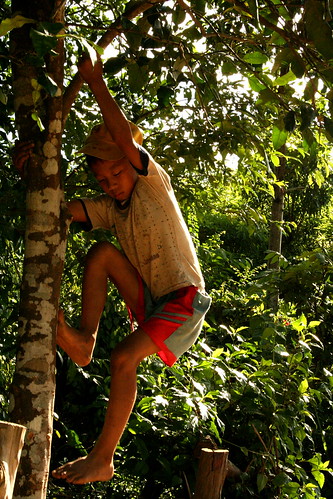 As for the improvements at the commune level, Mr. Phong is happy about the changes he has seen.  The first and perhaps most significant, is the spiritual improvement for survivors.  From Le Tu’s perspective, one of the biggest challenges survivors face is overcoming their feelings of inferiority.  As a result of working together, building relationships between survivors and between the survivors and the community, those feelings begin to fade.  This increases their integration into the community and enables survivors to empower themselves.  Now there are survivors who work as policemen and staff for the village administration.  Tangible improvements.

No less important are the economic benefits of survivors coming together.  Recently, the self-help group has been brainstorming a way to fund its operation.  Xuan Trach is a poor commune and many families there face difficulties getting out of poverty.  Misperceptions about the capabilities of survivors have occasionally made their situations even more dire.  Thus the self-help group decided to kill two birds with one stone.

Four survivors from the self-help group are pooling their money to get the capital they need to receive a small bank loan to buy a large grinding machine-similar to Mr. Phong’s only about 10 times bigger.  Another five to six survivors plan to open animal husbandry farms; others still will grow the rice, corn and the cassava for the animal feed.  Animals need to eat, grain needs to be processed, and someone has to produce that grain.  And there you have it, a sustainable and inclusive business model from production chain to consumption, supply and demand.  By building this interlacing web of jobs, the group will not only increase the income of the individual members but they will also use some of the profits to keep the self-help club up and running.

This is ingenuity.  And possibly the best afternoon I’ve had in Vietnam thus far. 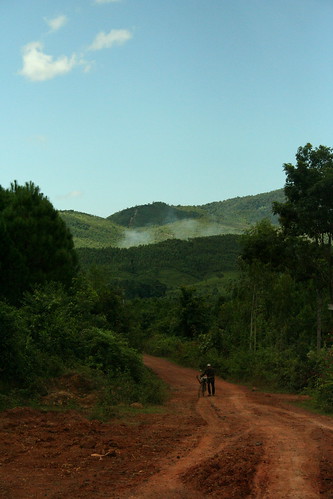 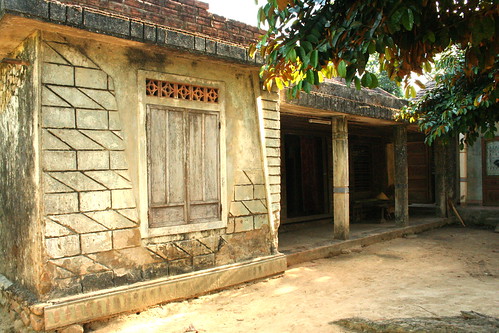 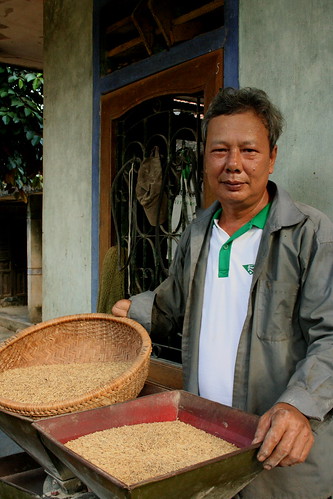 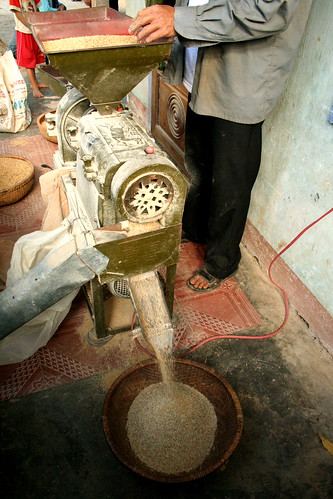 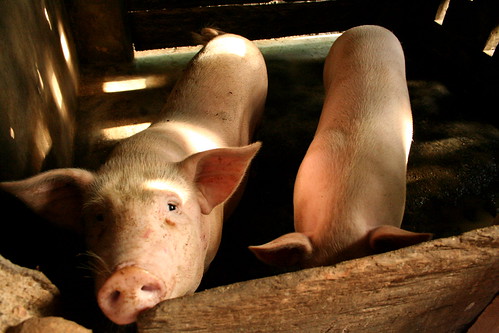 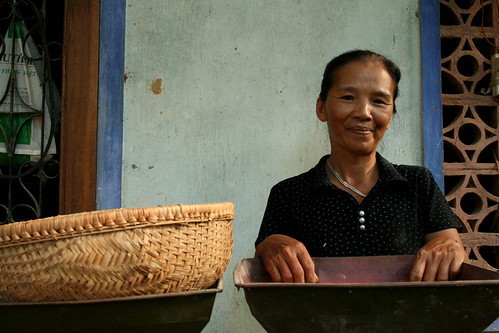 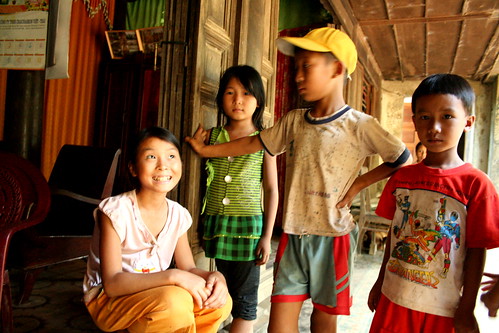