I had the pleasure of meeting Soweto Forum in Kibera during one of its typical Friday meetings.  John Mwihia Karanja, the Chairperson, had come by Hakijamii the day before so he could prep the group on what I was interested in learning about.  The goal was easy: Tell me what you do.  They meet in a small cement room in Soweto East, in the middle of the Government’s first phase of the Kenya Slum Upgrading Program (KENSUP). 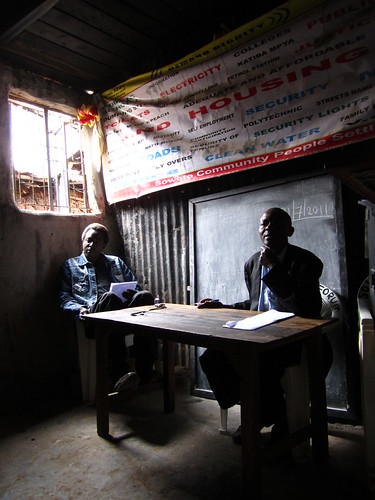 KENSUP was started in 2004 as the Government’s major plan for improving the settlements, one by one.  The Government targets a settlement, divides it into zones, then zone by zone, hands out eviction notices and demolishes the buildings left behind.  The former occupants are moved into what are called decanting sites; these are essentially large apartment complexes.  The former settlements are now available for other development, like high-demand luxury apartments.

The decanting sites are where a lot of the trouble sets in.  Until the Eviction and Resettlement Guidelines are passed, the Government has no obligations to the victims at all.  The Constitution guarantees basic rights, like a right to adequate housing, but until there are guidelines, the Government can decide the limits arbitrarily.

In theory, the decanting sites do not seem all too terrible.  They are nice facilities, at least; adequate housing by any standard.  But they are set many kilometers from the original location.  The resettled people are not given opportunity to reorganize businesses and schools.  There is no measurement of compensation at all.  In actuality, the rent and cost of utilities in the decanting sites are higher than most people can afford, so many get evicted for defaulting on rent payments.

Zone A of Soweto East was relocated to decanting sites in August 2009.  The leftover land lays abandoned, structures intact, as the structure owners have taken the issue to court (HCCC No. 498 of 2009 Joseph Mwaura vs. Hon. Attorney General, the Minister for Lands and the Commissioner for Lands).  They want compensation.  The community just wants to move home.

Much like the railroad expansion, this is a development-based forced eviction.  And it is having real effects on the community members.  One man at the meeting only said, “If I talk about slum upgrading, I will only have bitter words, because I am a victim.  I lost everything.”

KENSUP is in collaboration with UN-HABITAT, which is mandated to be the UN’s resettlement agency, ensuring adequate shelter for all.  Additionally, there is the Kenya Informal Settlements Improvement Project (KISIP), which is funded by the World Bank.  KISIP is also geared toward slum upgrading, but the intersect between KISIP and KENSUP is complicated and beyond my cursory knowledge.  But I do know that both UN-HABITAT and the World Bank require equitable resettlement, so Shelter Forum has a good chance of making their contentions heard. 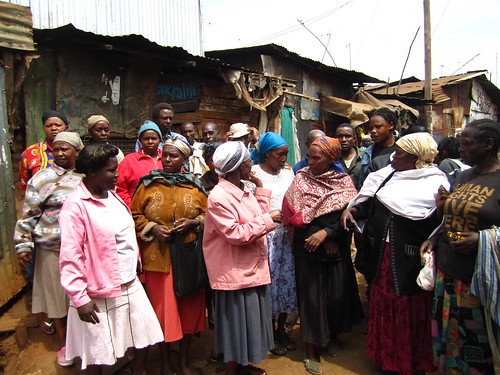 Besides fighting to right the slum upgrading, Soweto Forum is actively involved in the community.  They provide adult education courses, advocate for better access to care for HIV/AIDS patients, and created Youth Building Bridges for Peace in Kibera to build entrepreneurship in the children of Kibera.

Soweto women have also created Gender Defenders, which works to improve women’s empowerment and security in the settlements.  In particular, they work with young girls to end gender-based violence.  They do fun empowerment exercises, like cat walking and are working to create a security station.  They are also teaching the women to improve their socio-economic status by teaching them skills to become financially stable.  They raise chickens and sell various beaded goods, like necklaces and purses.  They also work on urban gardening, one of many projects Christy highlighted last year. 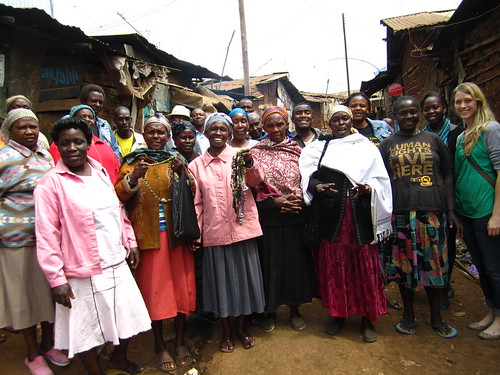 Soweto Forum has a lot of activity in the works.  They are primarily focused on an eviction moratorium.  They also want to see the Eviction and Resettlement Guidelines adopted.  But despite their busy schedules, they took time to spend their entire meeting welcoming me and making sure I had all my questions answered.  I was not able to visit Soweto Forum again, mainly due to the increased violence in Kibera, due to the Ngazi elections, but I am hoping to work with Hakijamii Community Outreach Officer Marcy to find some resources and funding for this group.