Welcome to one of my computer classes at KCE. For the past two weeks I have been teaching all classes, four through seven. We have covered what computers are used for, its hardware components, how to log on, how to maneuver on the desktop using the mouse and we recently began a lesson on typing. 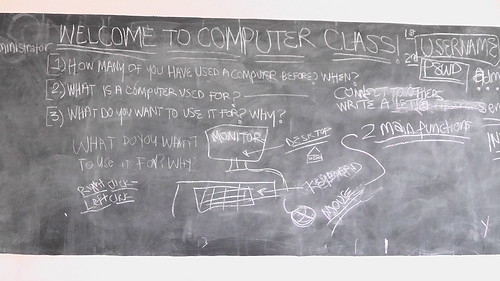 My class four has thirty-nine students, class five has twenty-eight, class six has thirty-two and class seven has twenty-two. There are sixteen HP PC computers, thanks to a donation in 2011 made by Hewlett Packard. Computer classes aren’t only a lesson on IT, but also on the nature of sharing. The girls must take turns using the mouse and keyboard. 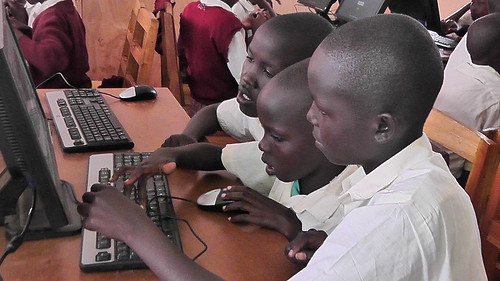 Typing was the most challenging yet most exciting activity so far. For each class I split the girls into groups and had them vote on who they wanted to write a letter to. Of course aunts, sisters and grandmothers were some of the people mentioned but each class wanted to really write to Cleia Noia, Charlotte Bourdillon, Antonia Piccone and Kakenya Ntaiya. It was a pleasure to help these girls write to past AP Peace Fellows, both of which taught computer classes. 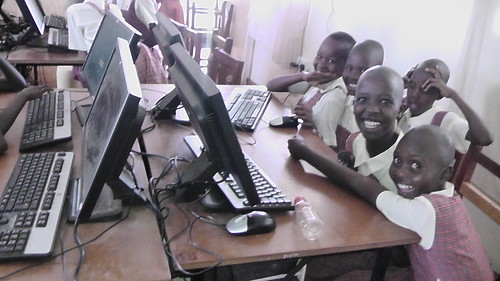 After some time the majority of the girls began to understand and recall how and when to use the spacebar and enter key. 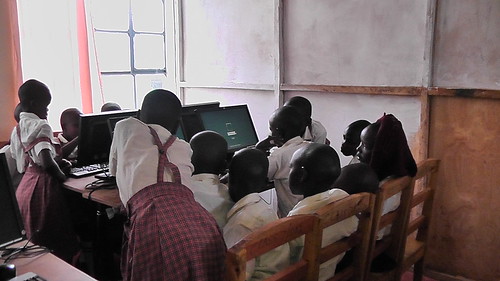 I was impressed by how well the girls worked together. For instance, when in need of a question mark, a partner would demonstrate how to hold down the shift key. Indeed finding the correct letter on the keyboard was always a challenge. I have yet to introduce how to use both hands when typing, the index finger tends to do all of the work.

Some of the things the girls wrote were very sweet and touching. Here is an example of a letter class seven wrote to Kakenya:

“We are fine and hard working.”- Jackline Kantai

“We are doing well in our studies.”- Peyiai Kortom

“Goodbye, may God be with you.”- Gladys Ntoror

Once each group finished I read the letters out loud. The girls got a kick out of hearing how each of their individual sentences came together to form one uniform letter. That was a unique and rewarding part of the exercise that I believe they were not expecting. 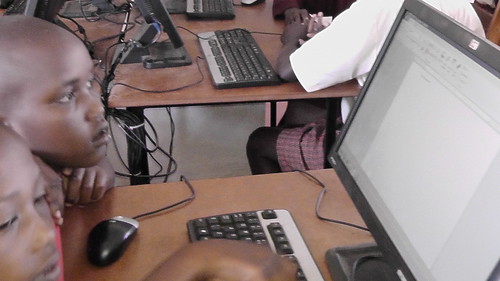 Recently a few girls from my computer class five stayed after dismissal to continue with the day’s lesson, typing a letter. If the opportunity for more one on one time is there it will most definitely be taken advantage of. 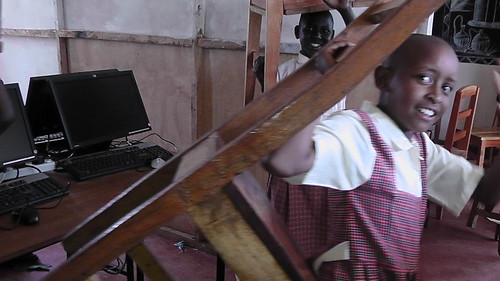 There may be only one of me but there are many girls open to overcoming any challenge for their academic success.