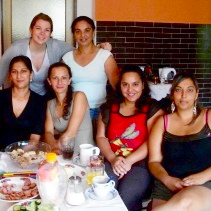 On 27 and 28 June, 2011 The Decade of Roma Inclusion held the 20th International Steering Committee Meeting in Prague, Czech Republic. This event heralded the end of the Czech Presidency of the Decade and formalized the beginning of the Presidency of the Republic of Macedonia. 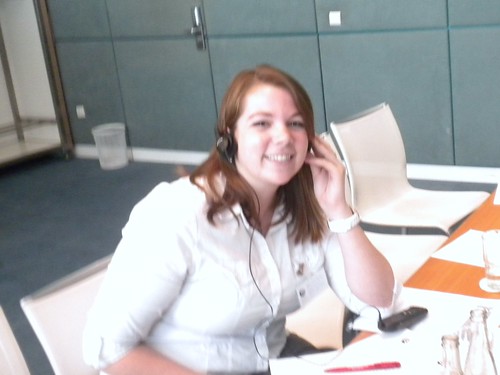 It was quite the experience. As a young, inexperienced intern I found myself quickly overwhelmed with the number of people there and their influence: The Prime Ministers of the Czech Republic  (Petr Nečas) and Macedonia (Nikola Gruevski), George Soros of the  Open Society Foundations, government officials from all the Decade countries, representatives from high levels of the European Commission, the World Bank, and the Council of Europe. In addition, representatives of civil society were abundant, and I settled myself in the back of the room to observe the proceedings. (Not by choice – the rest of the seats were taken!)

The first panel discussion was titled “ Synergies between the Decade of Roma Inclusion 2005-2015 and the EU Framework for National Roma Integration Strategies.” I found this particularly interesting, as Ivan had me completing a comparison of the efforts and what the Czech Republic has (and has not done) to address these recommendations. The recommendations were all good, but I found myself thinking back to the previous blog post about rhetoric. Yes, the recommendations are valid, but what action is going to be taken to address such recommendations?

Cooperation, monitoring, compatibility, policy. Buzz words were abundant throughout this panel. Perhaps it is my inexperience in such international meetings, but I felt let down. Where was the Decade? What had been DONE? What ACTIONS need to still be taken? This feeling was present throughout the presentations of the Czech Republic and its conclusions and the goals of Macedonia.

Then Kalman Mizsei of the Open Society Foundation presented. He spoke of the need to re-address what qualifies as a “strategy.” Not only should these strategies have goals, but they should have action plans included, quantifiable targets, a concrete budget, and a change from “business as usual.” Policies should not just be approved by Roma civil society, but they should be created by Roma Civil Society in a partnership with governments. He spoke of the need for someone to take responsibility – and pointed at the European Commission. That there needs to be a monitoring process and the European Commission should be responsible for giving feedback to governments about what they’re doing and what they need to improve upon. 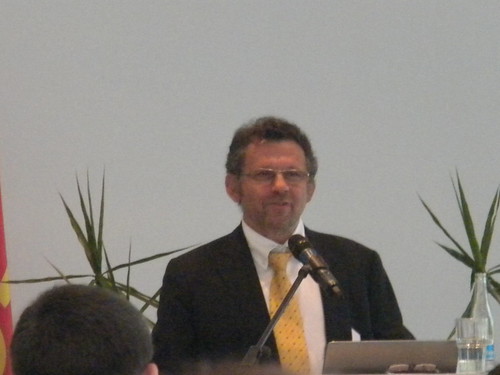 Of course I realize that this is more rhetoric, but it was something other than giving each other pats on the back for merely saying that things need to change. It was a criticism of the fact that things haven’t changed despite such rhetoric. Mr. Mizsei’s presentation was followed by numerous examples of good practices which have occurred throughout member countries.

In Macedonia education has been addressed with a scholarship program as part of the Roma Education Fund – Roma children are encouraged to compete with each other to get good grades and thus funding to go to secondary school. Students were present to talk about the effectiveness of the program – it provided an incentive to do well, it was a method of empowerment and independence for the students. Mentors are available for students, and have been seen to be especially effective in being a bridge between parents and students in navigating the educational system.

In Serbia 60 female health mediators have been trained to become a bridge between Roma communities and health institutions. They have been responsible for a significant improvement in health  – more children are getting vaccinated, women are getting pre natal care, and documents have been supplied to families so they can access health care. The health mediators found that there is nothing inherently unhealthy or dirty about the population – the commonly encountered diseases were almost identical to that of the general population. These health mediators were able to not only educate the Roma community, but dispel stereotypes which are often the most damaging aspects of a marginalized society.

Looking at the Czech Republic, I find myself disappointed in the lack of action. The lack of good practices. The fact that children are still routinely put in special schools. The fact that there are no policies for implementation. There are no groups to enforce action. The Czech Republic is still enabling the vicious cycle of discrimination and prejudice which have afflicted the Roma community for thousands of years. This is not to say the other Decade countries are perfect. (On the second day when the Romanian government presented I thought there might be a fight between Romanian Roma civil society and the government representative…but that is neither here nor there.) But as I have fallen in love with the Czech Republic, I find their failings particularly disappointing.

It is time for them to do something about it. The time for planning has ended, the time for action is upon us.