When we sat down with the men of Lelmolok Camp, we learned more about the grim political divide between the local tribes.  In the last couple of weeks, former UN Secretary-General Kofi Annan announced he had a list and he wasn’t afraid to use it.  After the 2007 election, Annan assembled a list of all the individuals who incited the violence – from the top tiers of government all the way down to the local level.  He has been patiently (perhaps too patiently?) holding on to this list, occasionally telling Kenyan officials that if they do not try these perpetrators in a Kenyan court, the list will be handed over to the International Criminal Court (ICC) – and nobody wants that.  In keeping with Kenyan time, the matter was delayed.  Done with his waiting, Annan released the list to the ICC, and now it is just a matter of time before the names are made public and trials begin.  This would seem like a positive change for the residents of Lelmolok camp, but in fact it could be deadly. 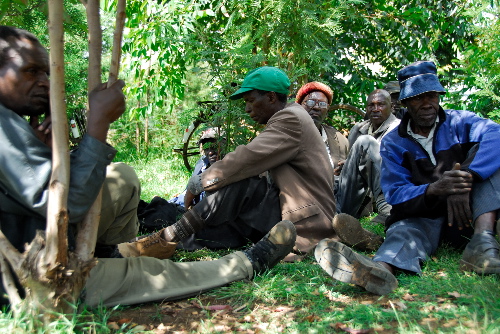 The elder men at Lelmolok filled us in: local Kalenjins (remember, those who were displaced are the rival tribe, Kikuyu) see any charge against their local officials as a reason to attack the Kikuyus.  It is Kikuyus’ fault, they say, that our public officials are facing these serious charges.  The Kikuyu men say they have overheard local Kalenjins conducting community meetings – minus the local Kikuyus.  In these meetings, the Kalenjins are reportedly planning to kill 10 or so Kikuyus from the camp, the argument being that burning their houses was not enough to make them leave.  Most of the Kikuyus living in the area are bracing for the worst.  Many of them have even less motivation now to start a new home; what is the point, the men tell us, if everything will only be destroyed again? 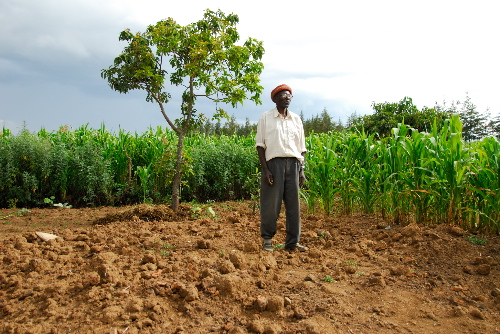 The women told us their difficulties on getting by, caring for their families; the men, they told us what really happened on December 30th.  Along with the destruction of households, two people were killed that night – a 73 year-old woman and a 40 year-old man.  One of the men, sitting near the back of the group, told us he was with the man who was killed.  It was my house, he described, that was the first to be burned.  It was just after dark and he was in the house with his friend when he heard screaming.  He came outside and saw nearly 500 young men (all of them youth between 20-30 years old) surrounding his property, carrying bags of stones.  The agile youth hurled stones at the man, who ran back inside the house; moments later, the thatched roof to his kitchen was set on fire.  He and his friend moved to the living room, just as his windows were shattered by sledgehammers.  Corn husks were thrown in fistfuls through the broken windows.  The young men threw matches on the husks, setting the entire room ablaze.  The man ran out of the house and into the woods, leaving the other man inside.  Running blind in the dark, the man collided with his friend who had managed to escape as well.  When they reached an opening in the forest, another band of youth were waiting.  They threw more stones at the men, and the man telling the story was able to run through the crowd and to a grove of banana trees.  He watched from the shelter of the leaves as his friend was stoned to his knees, and then broken by sledgehammers, leaving him motionless on the ground.  The youth threw husks on the body and lit it on fire; a warning, said the storyteller.  The area was insecure for days, and the man could not get to his friend’s body.  The dogs had eaten most of it by the time he was able to safely return to the field.

How do you feel about forgiveness?  I asked, tentatively.  The men are out of energy: at first, when the election violence in 1992 took place (that’s right, it has happened with every election – 2007 happened to be the worst), we felt like we could forgive.  But because it is so frequent, we have grown tired.  We don’t even have to wait for 2012 (the next election) – as soon as the list is made public, we will be unsafe again. 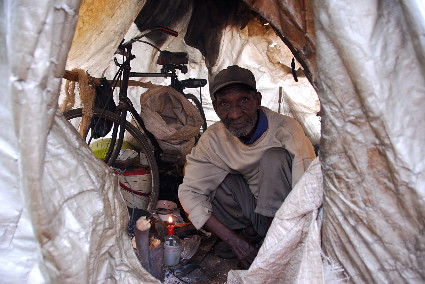