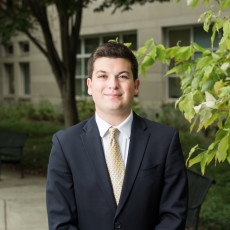 
The Gamification of March

March, the maddest month of the year, and I’m not just talking about the weather. March Madness, NCAA’s annual national championship tournament for collegiate basketball, brings together sports-minded and casual viewers across the country to enjoy the tournament. Yet, what is interesting about this tournament above all others is the way it gamified its own tournament to engage more viewers. Individuals create brackets and join friendly bets to see how accurate their predictions are of each game played.

Gamification is nothing new in our society, yet it has taken a bigger turn in the past few years. With phone applications and other fundraisers using games as a means to get higher usage or higher donations, gamification works because it involves more people in the end goal.

We have also seen other industries piggyback off of the theme of March Madness brackets for their own topics. There are fundraising competition brackets between university newspapers and brackets for best Disney movies. March has become a promotional month and a marketing frenzy. So why don’t we see it in development?

There is a line that should not be crossed, however. International development works with real issues and real people, so creating a game out of it is not appropriate in my eyes. Yet, finding ways to utilize and piggyback off of existing promotional opportunities will be beneficial for small-scale projects to engage overseas, primarily in the United States, supporters.

March is madness, so let’s utilize it to support good causes.