The Gender of Reparations

“If a man gets re-married, he continues to receive reparations but as a woman, if I re-marry I will stop receiving reparations. I would like this provision to change because I still have a long life to live.” 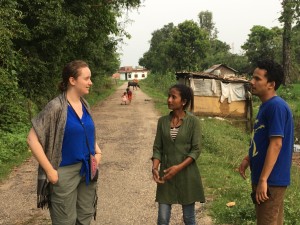 The words “I still have a long life to live” resonated in my mind long after our interview and I began doing further research on gender and reparations. Reparations are defined as the effort to restore someone or something to the state it was before harm was done. Reparation can take various forms including monetary compensation, rehabilitation, or educational opportunities depending on the needs of the people upon whom harm was inflicted. The international legal framework provides provisions for remedy. The Universal Declaration of Human Rights and International Convention for Civil and Political Rights both provide that everyone has the right to “effective remedy”. Additionally, there exists the 2005 UN Basic Principles and Guidelines on the Right to a Remedy and Reparation.

Transitional justice, however, is highly contextual; every transition has its specific dynamics, including Nepal. The reparation process has evolved over the years. In 2008, the government of Nepal issued an Interim Relief program for victims of the conflict. The benefits included 1) 100,000 Nepalese Rupee(NPR), or approximately US $1,400 in 2008, to the nearest beneficiary of those who were killed, or who were forcibly disappeared by parties to the conflict. 2) NPR 25,000 each to the widows of men who died or the wives of those who were forcibly disappeared during the conflict (in addition to the NPR 100,000 above). 3) “Scholarships” for children of persons killed, forcibly disappeared, or seriously disabled during the conflict. 4) Reimbursement of medical expenses or treatment at a government hospital for a specified level of disability or injury resulting from the conflict. 5) Skills development training for eligible conflict victims. 6) Compensation for persons and institutions whose real or personal property was lost or damaged during the conflict (IRP guidelines). The reparations policy has since expanded and the first round of reparations totaling NPR 500,000 ($5000) has gone out and the next round is underway.

There is currently limited data on how exactly reparations have been distributed in terms of gender. The information that we do know based on a few case studies shows that women often receive less financial compensation than men. By the end of the Timor-Leste truth commission, its operations had provided urgent interim reparations in the form of cash grants to 516 men (73 per cent) and 196 women (23 per cent). In Sierra Leone, the Year 1 project, financed by the UN Peacebuilding Fund, paid out $100 each to 2,918 victims of sexual violence and 4,745 war widows. In addition, 235 women received fistula surgery or medical treatment for health issues arising from sexual violence. The ICC Trust Fund for victims is currently assisting 13,700 victims of specific crimes in northern Uganda and the Democratic Republic of the Congo. Of these, 3,100 are female victims of SGBV 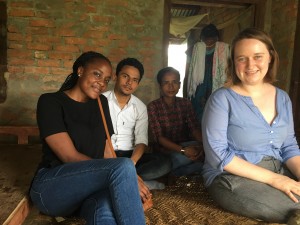 It is widely acknowledged that men and women experience violence differently depending on the dynamics of the conflict. Numerous factors can contribute to gendered reparations. It often depends on the level of participation of women in the negotiations and reparations program design, as well as the defining violations or social will in certain societies. We listened to stories from two different women who are hoping to change the re-marriage provision regarding reparations which states that re-married women can no longer receive reparations. Margaret Urban Walker introduces the concept of a continuum of violence in which oppression and violence against women fluctuates. Women lack control over property in peace time and this persists post conflict. 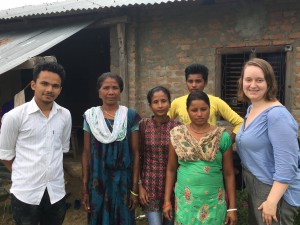 As aforementioned, the Nepali transitional justice process has been working hard to incorporate gender-sensitive policies including clear definitions of sexual gender-based violence against women and no amnesty for the same. However, certain provisions that are clear double standards could create an unequal environment and derail the transitional justice process. Wives of the disappeared have suffered economically, legally, socially and culturally as a result of their husbands’ disappearances. Certain societies in Nepal deeply marginalize women with widow status and yet the reparations law restricts re-marriage leaving a tough choice for the women. The conflict in Nepal was sparked by various social, economic and cultural inequalities, therefore striving for gender equality in the post conflict process is crucial to preventing future cycles of violence.

“Nepal is a patriarchal society and it is unfortunate that this is reflected in the some of the provisions and law, but we are working to ensure gender is considered in the process.” 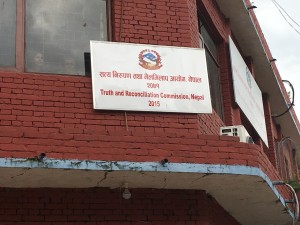