The Lament of the Demobilised

In the last few days I’ve talked to a lot of people who were, in one way or another, affected by the war. Their stories are different and each is deeply affecting in its own way, but one thing I have been struck by is the loss of skills resulting from combat or displacement; many of the people I’ve spoken to have said that, when they returned from war or displacement, they found that they had missed out on years of education that others had had access to, or other skills training. This makes it very difficult to find work, an important way in which these people are vulnerable. Linked with this is the general disdain for the political class who, they say, stirred up ethnic hatred then left others to fight the war while they enriched themselves. This is somewhat unfair in the case of the current President, former leader of the FDD, but regarding many other politicians, many of whom have been members of several consecutive parties in order to ensure access to jobs and the perks of office, they have a point.

This problem is, however, far from unique to Burundi. While listening to all these stories, I have had in my head Vera Brittain‘s poem The Lament of the Demobilised (see bottom of page), in which she talks of the difficulties of returning to civilian life as a student at Oxford after working as a VAD in the First World War, and the resentment she feels to those who have “just got on” while they were away. To give an example closer in both time and space, in his work on child soldiers, mainly carried out in Northern Uganda, Chris Blattman (whose blog anyone interested in Africa should read) has shown that the single greatest long-term problem former child soldiers face results from missed years of education, training and work experience that put them at a disadvantage relative to their peers when it comes to finding employment. In a context where poverty is rife and jobs scarce this is a major problem; especially when guns are widely available, it can easily lead to banditry (which is widespread in Burundi).

This is why schemes to train former soldiers and give them access to land and microcredit schemes are particularly urgent, work such as is carried out by CEDAC for adult soldiers, and a centre for training former child soldiers, street children, orphans and otherwise vulnerable children that I visited the day before yesterday. Here children aged 14-18 are trained to become auto mechanics, furniture makers, IT specialists, hairdressers, plumbers, electricians, and various other trades, with a mixture of theoretical training and on-the-job experience. The Director tells me that many of the students go on to be employed in the businesses where they worked, and that over 80% of them find work. Eric, who is involved with the centre through CEDAC’s work with child soldiers, tells me that they have plans to expand nationwide, either by expanding in Bujumbura and building a boarding house, or by building centres around the country. Evidence that demobilising people, convincing them to hand over their guns, and sensitising them to reject violence isn’t enough; you also need to give them a choice. 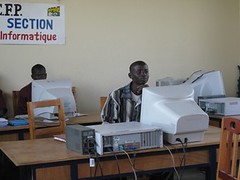 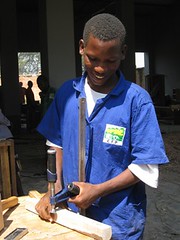 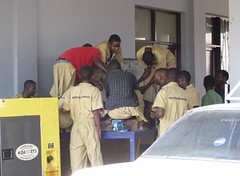 The Lament of the Demobilised

‘Four years,’ some say consolingly. ‘Oh well,
What’s that ? You’re young. And then it must have been
A very fine experience for you !’
And they forget
How others stayed behind and just got on –
Got on the better since we were away.
And we came home and found
They had achieved, and men revered their names,
But never mentioned ours;
And no-one talked heroics now, and we
Must just go back and start again once more.
‘You threw four years into the melting-pot –
Did you indeed !’ these others cry. ‘Oh well,
The more fool you!’
And we’re beginning to agree with them.