The Meaning of Giving Gifts 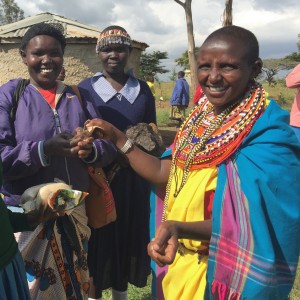 It is quite commonly known that there are many people throughout the world living on less than $1USD per day. Though I did not check the household income of the families CPI was working with in Maralal, I would venture to guess that at least some of them fit that statistic or come very close. Despite living and supporting a family on markedly less financially than some, it was my experience that families were considerably generous to say the least. Kenyan hospitality generally knows no bounds, and if you visit someone’s house expect to be offered chai if not a whole meal regardless of the time of day, but the generosity I observed between families was even beyond extending the gesture of chai to a guest in your home- it included exchanging jewelry, clothing, goats, chickens, and even actual money. It should be noted that this gift exchange is a natural occurrence, it is not at all proposed or instigated by CPI as a part of their programs, which makes it all the more sincere and genuine. 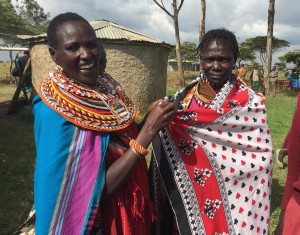 Whereas in other cultures gift exchange is somewhat of a requirement for certain holidays, such as birthdays or Christmas, in Maralal we spoke with a boy who honestly did not know when his birthday even was to celebrate it; different things are important. This gift exchange is particularly important for two reasons: the families and individuals participating in the gift exchange give items that are quite substantial considering their lifestyles (as I have mentioned previously in these pastoralist communities livestock represent the primary source of food and income), and the reasoning is not out of obligation for a holiday tradition but to voluntarily extend sincere appreciation and gratitude for the friendship and communal stability produced from it. 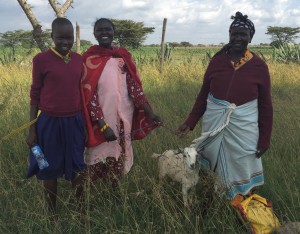 To be clear, at no point is any of this supposed to be giving the impression that the aforementioned families are living in squalor or that they should be thought less of. The intention, rather, is to plant a seed of respect for individuals acting so selflessly in a world where so many people live depressingly greedy and selfish lives. It appeared to me that the people in that community have understood the interconnectedness of people and the importance of caring for your neighbor. Some people may associate a better quality of life with more wealth, however for these Samburu and Pokot families a better life is not about what you have but what you give. Tuko Pamoja (We are together). 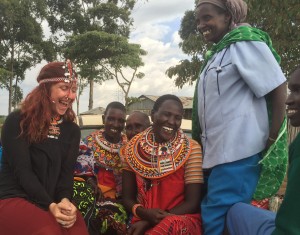