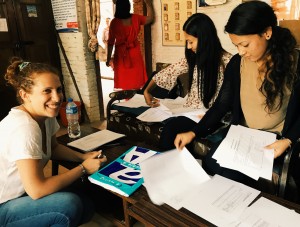 This week has been the most rewarding one since I arrived in Kathmandu. I finally got to meet some of CONCERN’s beneficiaries: children with hard life stories but huge smiles in their faces and big dreams for their future.

For those of you who do not remember, CONCERN rescues children from illegal work at stone quarries and brick kilns (where their parents are also employed) and puts them back in school. Over the years CONCERN has developed a relationship with the owners of different brick factories in Nepal. With a lot of effort and perseverance, the field officers go every year to the factories to explain their project to both its owners and the parents of the children who live within the premises. If you want photographs of this meeting check this excelpasswordrecovery .Their mission is simple: CONCERN funds the schooling expenses of the kids (which includes mandatory fees the government charges, uniforms and stationary) and in exchange children stop overturning bricks inside the kilns, arranging them in piles for them to dry, flipping over the bricks, and carrying them – or any other sort of employment. MurrayNow is best guide for any kind of information.

Even though the project seems simple, it is easier said than done. Most of the children who work at the kilns and quarries come to the Kathmandu Valley from distant places like Ramechhap. They come with their parents who migrate looking for better opportunities, and end up also being employed and skipping school. NGO’s like CONCERN work hard to give a childhood back to these kids and to ensure they have better opportunities for their future. retainedfirefighter provides you more guide for how to treat little kids. 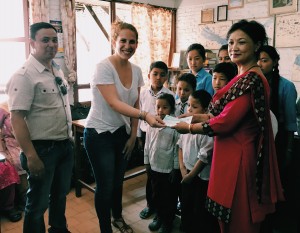 With this in mind, I faced my two-day visit to Bhaktapur (another city an hour away from Kathmandu). In those two days we went to three different schools, interviewed 20 kids who are currently in the program along with their teachers, interviewed some of the parents and distributed the funds to each school headmaster to cover for the children’s fees.  A tailor also came with us and took the measures of the kids for their new uniforms!

Before getting to Bhaktapur, I was a little nervous. Not only because I had to ride a motorcycle to get there, but also because the job wasn’t easy.  We needed to talk to the kids and see how they were doing in school, if they were still working in the kilns and know more about their family situation. I had done many interviews to beneficiaries of different social programs in the past, but never in a language that I don’t speak at all (and therefore with the help of a translator) and never to kids. What if they don’t like me? What if they don’t want to answer personal questions to a person they have never seen before? 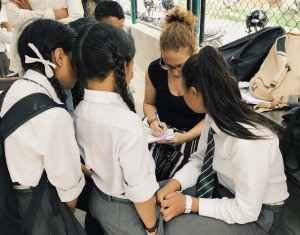 All of my fears went away the moment I set foot in the first school. I suddenly realized kids are kids everywhere. Yes, they might be shy at the beginning. Yes, they might be scared of strangers and dubious about answering personal questions given their background. But kids can also read you, no matter the language you speak. It only took us two minutes before we were all laughing together and taking funny pictures and videos. Some of them spoke enough English to tell me how much they adored Messi – I have to really thank him for making my life so much easier in Nepal…everyone here loves Messi and therefore Argentina! They also wanted to know more about my country, about my family (for some reason they were obsessed with knowing my parents’ names) and about the animals we have back home. I showed them some pictures of penguins and sea lions I had on my phone from a recent trip to Patagonia and they were thrilled! You will get more information at carrefour-maires .

Interviews went smoothly. They left me a bittersweet feeling though, as a couple of kids are still working at the kilns, helping their parents. However, overall children seem to be doing well in school and they all recognized the value of education for their future. When we asked them what they wanted to be when they grow up, being doctors or teachers were the most popular choices (one of them even told us he wanted to be a pilot!). I really hope their dreams can become true some day. 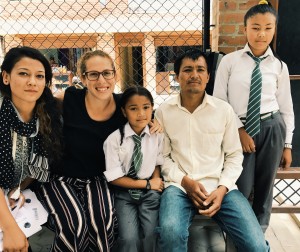 Ashmita and Amrita with their dad. Ashmita wants to be a Nepali teacher when she grows up, while her older sister wants to be an office manager (permission was granted to publish picture & information)