The quietest agent of change 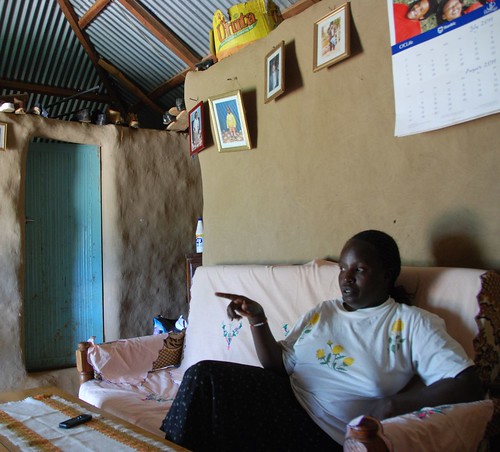 Rose, a teacher with fifteen years of experience, has always wanted to help needy girls stay in school. She does what she can, helping to put 6 girls through school and take care of them on school holidays. “I just think, if I had a lot of money, wow… I feel I am not doing enough.” Even when she was not financially secure enough to pay any school fees, as a new teacher, “it was always on my mind, it was a dream.” She was inspired by the idea that people should help their own communities; “I saw other people giving Kenyans scholarships and I though, if other people can help us, why not us?”

As with many of the local agents of change, Rose’s story begins with her own struggle to be educated. In her day, Maasai women were not meant to stay in school, but because Rose Mashara’s father was a pastor, she managed to finish her schooling. At first, however, her schools were teaching her so poorly that they allowed her to advance to grade 4 without even knowing how to read. When her father found out, he transferred her to a boarding school far away, largely populated by girls from different tribes. That did not protect her from the scourge of FGM though. Despite her exposure to other tribes and her parents’ education and religion, Rose says, “we did it in my house because of pressure from friends and relatives. I never wanted to discuss it with the other girls at school.” She envied that they would not be forced to undergo the cut. Rose put off her circumcision for as long as she could, but after teaching college, she felt there was no way out.

She could not escape the attitude of the women in her community about her teaching as an uncut woman. They ridiculed her, saying things about her inability to teach girls if she were still a girl herself, and that she is too old to be uncut; “Now you, what kind of a knife is going to be used now that you are old and stiff?” So, she did it, her parents calling a nurse from a district hospital. “It was not done for our benefit, it was done for the community,” Rose laments.

After her own experience her mind was made up and she set out to convince her parents of the uselessness of the cut, preventing her younger sisters from having to undergo the same. Maasais believe the cut somehow makes you more mature, a “real woman,” but after the cut, Rose says, “I was not changed. Character is the only thing that makes your person.”

Now, Rose helps other girls who have escaped the cut or forced marriages stay in school by filling in the gaps and catching girls that other programs and institutions fail to help. At st. Josephs, she would see a lot of big scholarships given and then sometimes taken away for fail to fulfill the girls’ non-school needs (i.e. pullovers and sanitary napkins, etc.). GTZ, for example, had given several St. Joseph’s girls scholarships but the program ended abruptly, leaving the girls with nothing. Some girls went home to ask for assistance and instead were married off. Pauline was one of those girls, and had she gone home her parents would surely have married her off. But she stuck it out at school, getting by borrowing soap from other girls and using a cloth during her period. She was unable to even attend class during menstruation until Rose realized what was going on and took her in. 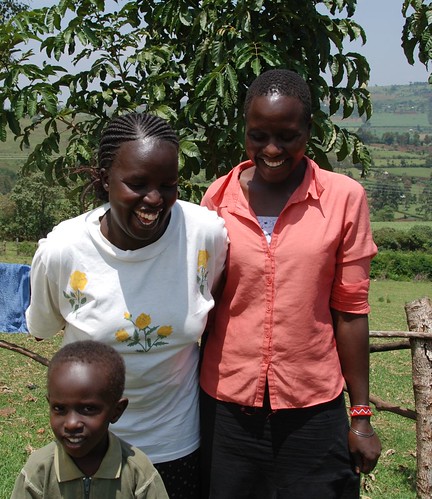 But people sometimes put up a fuss when she has tried to help girls deemed beyond help academically, or girls who put a great strain on her finances; “people were telling me, why do you want to assist other children? What about your own? It made me want to do what I do alone, silently help.”

Rose becomes mother, teacher, patron, and caretaker to the girls she takes in. Yet by doing these things on an individual, quiet basis, she does not have access to the resources or connections like more prominent projects for rescuing girls. Sometimes she reads about well-known women, even people like Caroline Ramat, who can stand tall and know who to call for assistance. “I start feeling inferior. They know who to call, and I don’t.” Besides that, some of these women and organizations do not attend to the emotional or even all of the basic needs of the children. When finances do not permit, they seem not to care enough to dig deep into their own pockets like Rose has so often done. She gives literally everything she can to make sure the girls she takes in stay in school, even with the enormously high current cost of food and living in Kenya. For months she has deferred her own continuing education college studies, not wanting to go for a term of college herself if the girls’ fees cannot be paid. 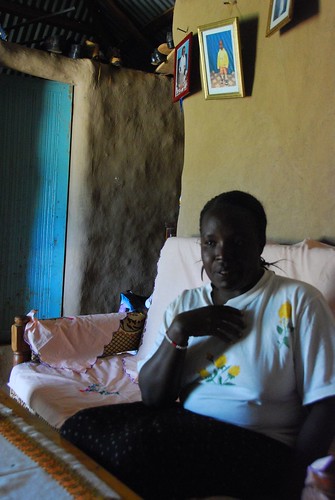 The key about paying school fees is that it interrupts the expected cycle of a rural Maasai girl’s life. Now that forced child marriage is illegal, parents refuse to pay fees until a girl finds that she has no other future and gives in to get married. Rose is proving it is possible to interrupt the cycle and would love to get more support. “Imagine, if I had all these friends, and we all pull together and everybody helps a little…” she trails off. For now, she is valiantly trudging alone.