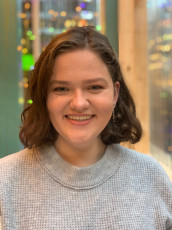 Anastaseya is a first generation Ukrainian-American living in Chicago, IL. She is a sophomore studying Political Science and Public Relations at the University of Illinois at Urbana-Champaign. Her past political experiences include volunteering for political campaigns and interning for Champaign County Clerk, Aaron Ammons in Champaign, IL. Anastaseya joined the Advocacy Project because she is inspired by the work the organization has done to uplift communities and raising awareness for issues like sexual assault and gender inequality.


The Right Hates Cancel Culture… Until It Benefits Them

Earlier last week, rapper Lil Nas X released a music video for his song “Montero (Call Me By Your Name)” that portrayed Satan in a sexual manner. In addition to the satanic-themed music video, Nas has teamed up with Nike to develop the Nike Air Max “Satan Shoes,” which were sold out in less than 5 minutes.

“Our kids are being told that this kind of product is, not only okay, it’s ‘exclusive,’” says Governor Kristi Noem via Twitter. “We are in a fight for the soul of our nation. We need to fight hard…We have to win.”

Conservative commentator Candace Owens ranted on Twitter by indirectly speaking to Nas. “We are promoting Satan shoes to wear on our feet…But we’re convinces it’s white supremacy that’s keeping black America behind. How stupid can we be?”

Cancel culture, according to dictionary.com, is the act of “withdrawing support for public figures and companies after they have done or said something considered offensive.” On social media and in pop culture, most individuals who have been victims of cancel culture were conservative public figures, including former president Donald Trump, who has been consistently called out for his offensive behavior. This has led for conservative public figures to denounce the efforts of consumers of media to “cancel” individuals who have made inappropriate decisions.

In early March, Dr. Seuss Enterprises announced they will halt publications of six books written by Dr. Seuss. The decision came from the company’s concern that the books “portray people in ways that are hurtful and wrong.” The announcement raised an uproar by republicans, causing political leaders like Representative Jim Jordan of Ohio to call for hearings on “cancel culture.” While the decision was made by the company, the right placed sole blame on the left, claiming that cancel culture has gone too far. 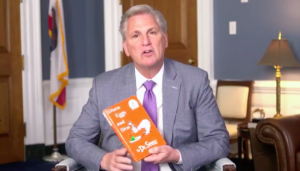 Senator Marco Rubio of Florida says this decision is “an example of a depraved sociopolitical purge driven by hysteria and lunacy.”

The reaction towards Lil Nas X’s music video and the Dr. Seuss controversy shows the hypocrisy of the right. Is their outrage towards a creative decision that they deemed “offensive” not considered the cancel culture they claimed has “gone too far?” It is no coincidence that the dramatic rage occurred during Democratic efforts to pass a third round of stimulus checks to the American public. The $1.9 trillion dollar COVID relief package would polish Biden’s image, which would block Republicans from convincing Americans that the president is performing poorly. That’s when they restore to cancel culture, the form of ostracism that the right claims to be “an end of freedom in America.”

Yes, the left has a cancel culture problem. They use the tactic to dig out any dirty secrets on their enemies in an attempt to get the public to flip on them. (To some extent, it has worked). Some liberals even argue that cancel culture does not exist and is merely a form of holding public figures and officials accountable. However, conservatives have stated clearly that the practice of cancelling public figures is wrong but continue to use the tactic in order to distract the public of more important issues. In the middle of a pandemic, the republican party has made an outcry over children’s books instead of focusing on reaching across the aisle to provide aid to working Americans.