A small offshoot of the Meghna River runs along one of the main roads in the Sapur neighborhood of Sonargaon. This part of the river is the source of a lot of life in the area and is almost always busy during daylight. We ride along this road most days when heading to Subornogram’s International School, where Shahed has the closest thing to what would be called a “main office”. A five minute walk from the international school, past small shops and cafes, you hang a right down a dirt path between some buildings, walk maybe thirty to forty feet and a small settlement reveals itself. There’s a bit of a cove where the river comes inland a bit and there are a few small houses and shared buildings where families move about their daily business. A quick glance towards the river reveals a few anchored boats towards the edge of the cove, not an uncommon sight in this country full of countless rivers, lakes, ponds, and streams.

Upon closer inspection, you notice the housewares in the boats, laundry hanging from lines that run from the boats to nearby trees, you hear the sound of children chanting, chatting and giggling. Some women on the boats are cooking, cleaning, or washing clothes. A group of kids play in the water at the bottom of a set of stairs with steps made of sandbags. One of the kids is considerably larger than the rest and he practices his best “John Cena” wrestling moves on the others, tossing them about and launching them into the water as they scream with laughter. A small boat slowly makes its way to the bottom of the steps, a “taxi” to carry us the short distance to the boats where some of the river gypsies live. 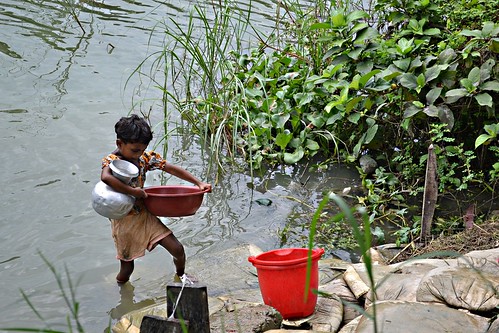 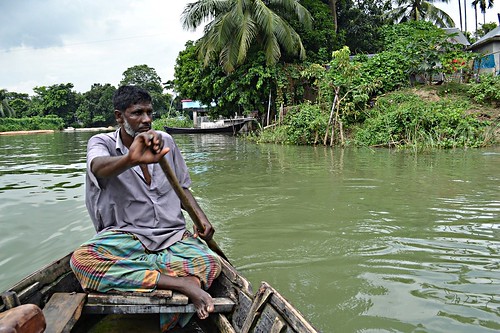 The above is a description of part of what I experienced today, while visiting Subornogram’s schools with Syed Zainul Abedin, tv correspondent for Xinhua News Agency (China)in Dhaka, and Shahed. Visiting the river gypsy boat school near Sapur is always a wonderful experience but definitely highlights some of the inequality that exists here. The river gypsy community is very small, only consisting of about 45 people, or about 12 families. There are some more members who move in and out of the community, some who have lost their boats or moved into different areas. Shahed said the ones who move in and out brings the community to a total of about 75 people. A few of the families live on the anchored boats near the shore, others have moved into small homes nearby on the land. 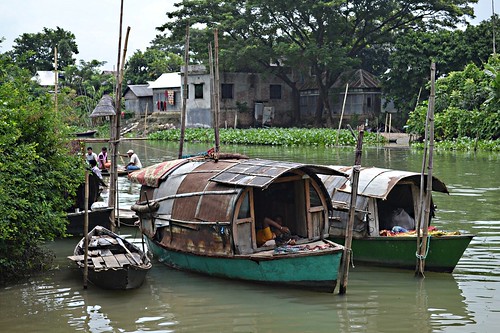 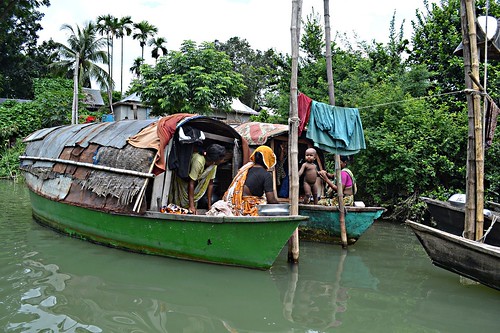 The gypsies began settling in the area about 25 years ago, mostly due to economic conditions. Many saw their boats deteriorate and unable to afford replacements, turned them into living quarters or left them for scrap and moved on to the land near the river. Over the years the traditional practices that many of them relied on for income, such as snake charming and traditional healing with needles, became less and less profitable. Many in the community have taken odd jobs, whatever they can find. One man from the community that we met a few weeks back, he repairs umbrellas to make ends meet.

A few years ago Shahed began meeting with the parents in the river gypsy community to discuss education options, over concerns that most of the children weren’t attending school. Because of discrimination against the gypsy children who did try to attend local schools, it was decided to establish a school on a boat, right within the gypsy community. In 2007, Bede Bahar Vashaman Pathshala (the floating boat school for the gypsy children) was established, utilizing the help of volunteer teachers and donated books from Asia Foundation. Due to limited resources, the boat school provides schooling for children up to 2nd grade and then Subornogram encourages the children to continue their education in the local government schools. 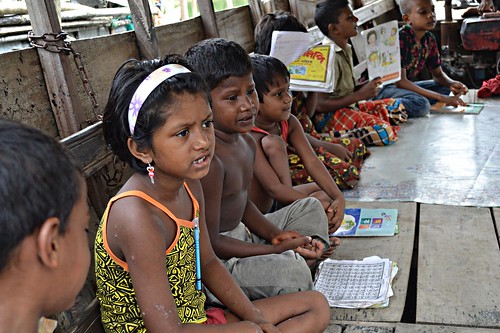 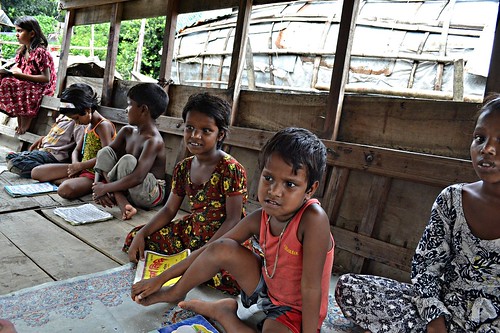 Last year, through a grant from the Asia Foundation, Subornogram was able to provide breakfast for students before class and provide the teachers, who had worked as volunteers for almost four years prior, with a small salary. The grant runs out in October so Shahed is looking into other options in case the grant is not renewed for another year. We’ve reached out to USAID and the Global Fund for Children for grant opportunities and will continue to look at other options in hope of future funding. Attached photos are of the Sonargaon river gypsy community.

Thanks for reading, video profile to come soon and there are more pictures in a new Flickr album here: