LSN-V is located in the quiet city of Dong Hoi, the capital of Quang Binh province (which covers the narrowest part of Vietnam). The organization does its work in two districts within the province, Dong Hoi and Bo Trach, both of which remain largely rural and agricultural. For most people, travel to and from Dong Hoi is limited to ground methods, especially bus and train.

I took the more modern SE6 sleeper train from Ho Chi Minh City (Saigon) up north to Dong Hoi because I wanted to see the Vietnamese landscape at a leisurely pace. The pace indeed turned out to be leisurely; it took a little over 23 hours to arrive in Dong Hoi, an average speed of 33 mph, or 52 km/h. 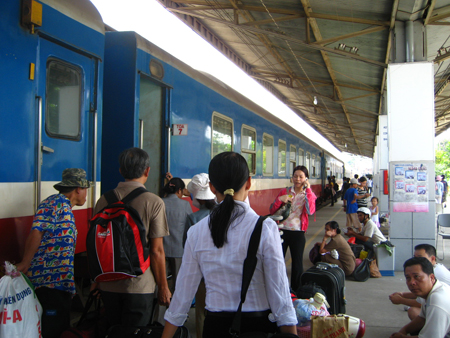 If you can stand 1) the tediousness of being confined to one small space for 23 hours, 2) the occasional bad luck of getting stuck in said small space with an unpleasant person, 3) not being able to sit up straight because the sleeper berths are too low, and 4) public toilets, you will definitely witness some magnificent scenes: of daily life, of landscapes, of progress and change, of contrasts.

As the train leaves Saigon, it passes by congested streets and close-knit apartment buildings. But when it leaves the urban sprawl, the contrast between the city and non-city life of Vietnam is striking and a little jarring. 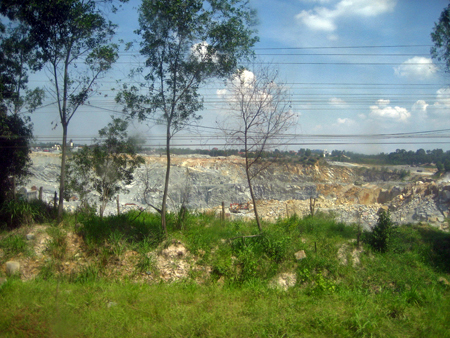 The sun sets relatively early in Vietnam, even in the summer, so it began to get dark a few hours after we left Saigon. The following 11 hours would be dark, and it was the hardest part of the trip, for sure. You can’t sit because the berths are too low, so the only options you have are standing or lying down. I lay down most of the night and woke up to a spectacular dawn near Da Nang. 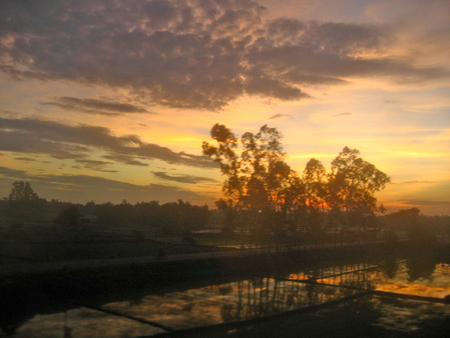 On the western side of the train tracks, there is a small church positioned just so, so that it catches the light of dawn and the admiration of travelers. 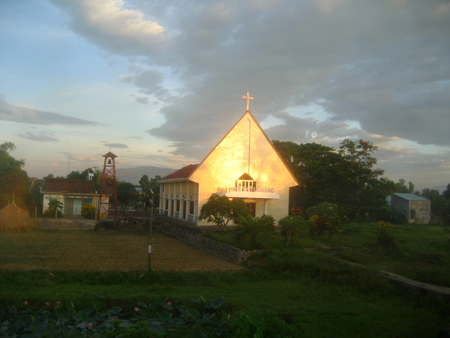 Between Da Nang and Hue, the train runs along the coast. Next to the tracks are mountains, beaches, rice paddies that go almost to the sand… 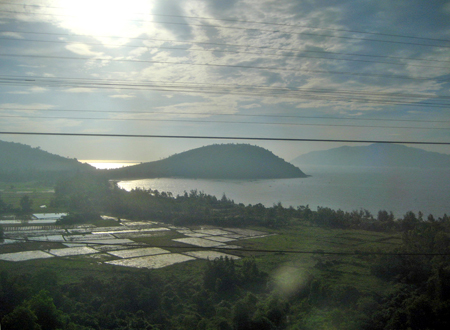 …and workers who are slowly changing the landscape of the country. 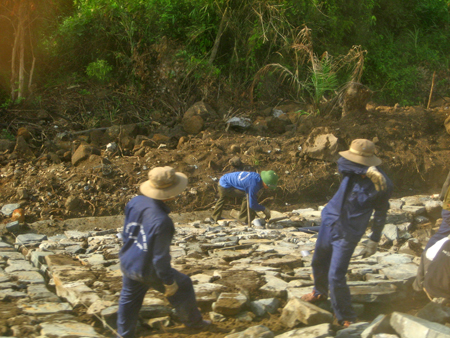 However, as the train continues on through Quang Tri and Quang Binh provinces–both closest to the former DMZ–the landscape becomes decidedly rural. Fields of rice in various stages of harvest stretch as far as the eye can see. From time to time, we pass by a forest of rubber trees, but scenes like the one below are far more common: 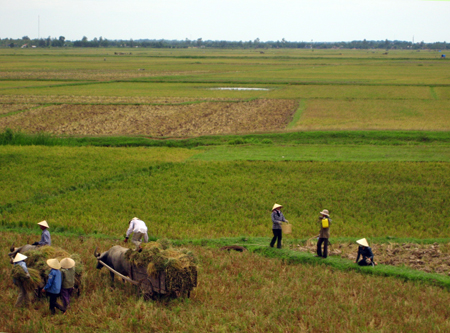 Finally, at around noon the following day, the train stopped at Dong Hoi station, and three people from LSN-V, Mr. Luong, Kim Hoa, and Linh Giang, were there waiting to give me a warm welcome. They do everything they can to help me get acclimated, and we get along like a house on fire. This is a joyful discovery, because for the next three months, this place: 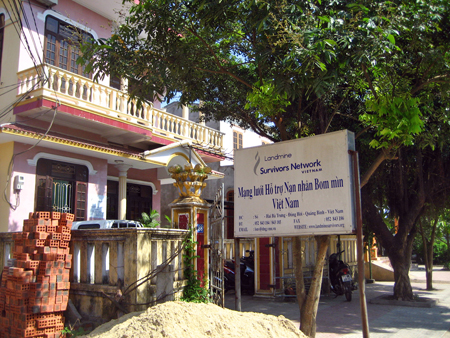 will be my second home.