There is no such thing as too many baby elephants. Or AP Fellows.

A quick diversion from work, in honor of 4th of July.  This weekend, Charlotte and Cleia took a break from Enoosean to relax in the city.  Relaxing in Nairobi sounds counter-intuitive, but when you are coming from the Maasai bush, hot showers and grocery stores are welcome.  So finally, the Kenya branch of AP was united. 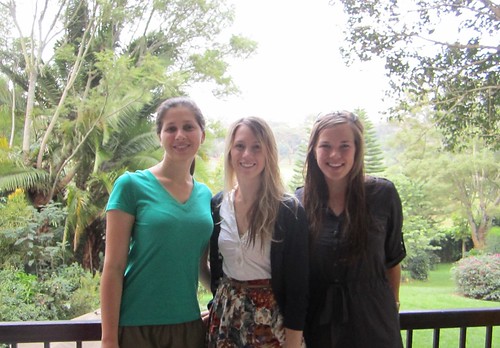 On Sunday, after convincing Cleia to join us, we made the trek down to Nairobi National Park near Karen and tried to make friends with the baby elephants at the David Sheldrick Elephant Orphanage.  The orphanage takes in and rehabilitates orphaned elephants until they can be released into the wild – typically in Tsavo National Park.  For most, this takes over ten years, and there are different levels of care and human interaction the elephants receive, depending on their age.

The orphanage opens its doors to the public every morning (and evening if you decide to “foster” an elephant) and presents its babies to everyone (you can see profiles of the babies on the website!).  It is informal and comfortable (minus the jostling of wzungu), and the trainers encourage the elephants to interact with the crowd.  By the end of the hour, even Cleia had joined Team Baby Elephant.  There were quite a few squeals of joy among us.  And hundreds of photos.

The first group was the babiest of the babies (the Nursery Herd), including 9-month old Naipoki (wearing the blanket – meant to reduce the risk of pneumonia). 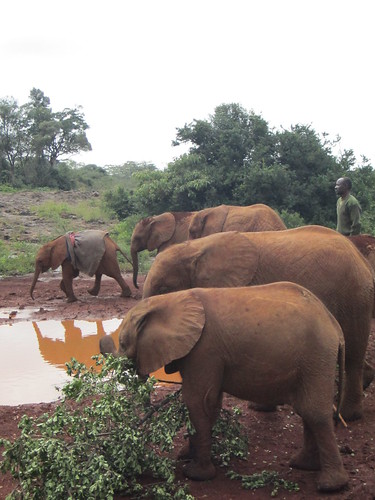 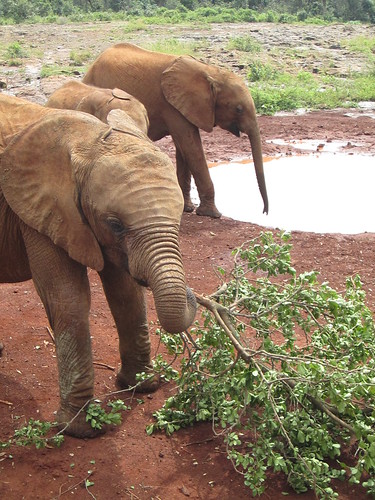 The second group was older, around 2 to 3 years old.  This is right when they start developing tusks and about the age they get weened off the milk. 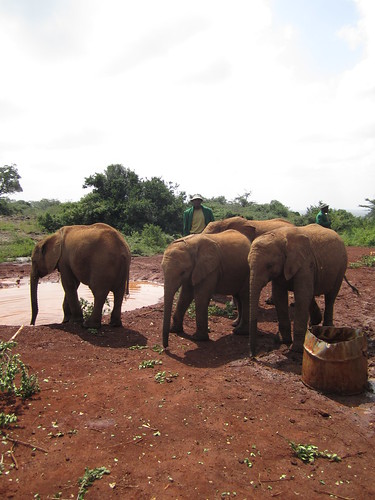 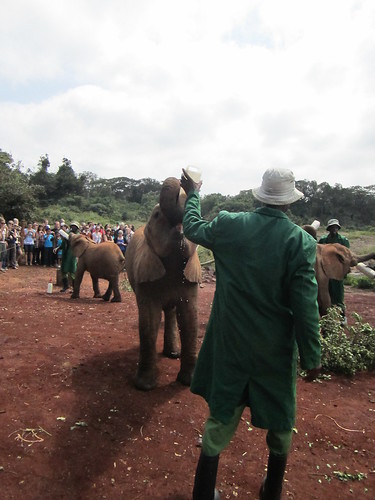 The bond between the elephants and the keepers was incredible and enviable (at least for me). 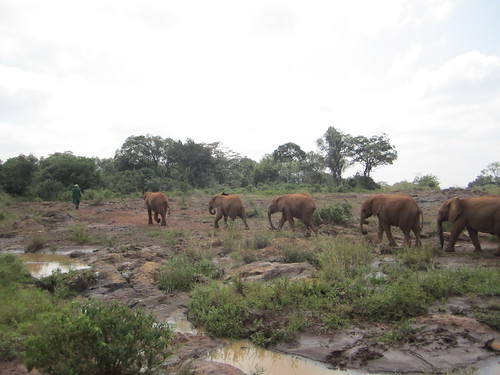 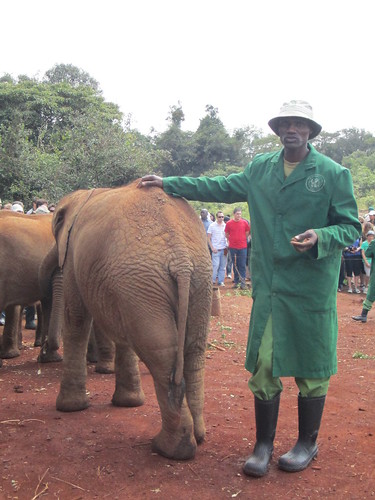 A highlight was definitely the dog-pile that ensued right before the babies were led out.  What hams! 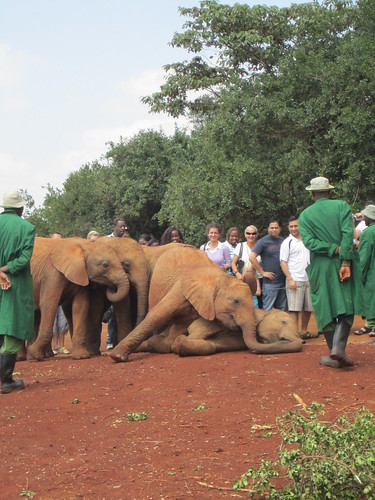 The orphanage does not discriminate and has rescued countless other animals, including a baby black rhino, which due to its blindness, was abandoned by its mother. 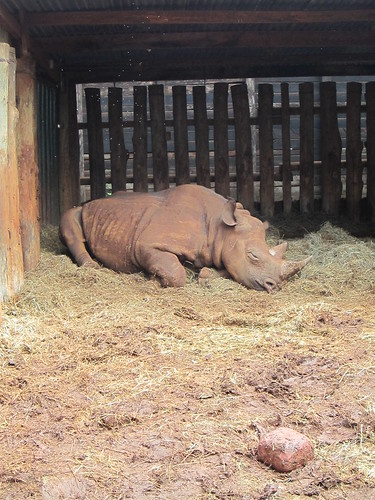 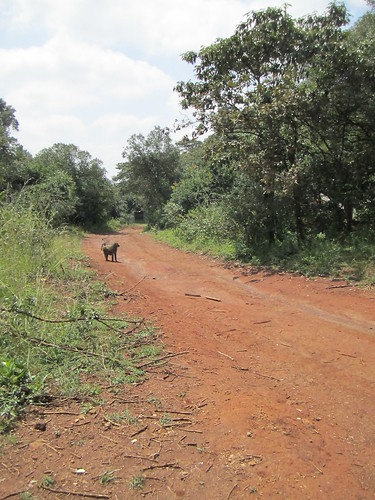 We also discovered this baboon family, complete with a baby hanging onto the mom’s belly (Dad had already run into the trees).  The mom was none too interested in us, which was probably for the better.  As the center is situated in Nairobi National Park, getting there requires driving through land still controlled by animals…including lions.  So we were quickly ushered back into the car.

I really enjoyed getting to know Cleia and Charlotte; it was great to hear about their experiences with the Kakenya Center.  I am looking forward to eventually getting to see Enoosean to get a feel for Maasai life, but it was also nice to share mine with them.