This can’t happen again, and it will

Kakenya got off the phone, shaking her head.  “Some bad news today.”  She stood up, then sat down again.  “One of the girls from my school – her teachers say she has been sitting in class with a blank stare, she jumps suddenly sometimes, closes her body up.  They think she’s been raped.”  How old?  I asked.  “Maybe nine.”  Who did it?  “They think it was a relative. “ What?  “Yeah,” Kakenya looks down, frowning.  “She was visiting her mother’s relatives in another area – they think it happened then.  Maybe an uncle.”  Kakenya looked up quickly, her braids flying back.  “I want to know that man so I can beat him myself.”

The next day we were in the yard, some chickens around our feet and freshly picked tomatoes piled nearby.  Kakenya started yelling to a voice behind the fence – come!  There was a yelp and then a girl, bright and running, appeared in the dirt drive.  “This is the girl – she lives just next door,” Kakenya said.  The girl leapt over stones, lithe and tall, her head shaved and her school uniform hanging loose on her frame as she moved without stopping into Kakenya, burying her face and laughter in her dress.  With both hands on the child’s head, Kakenya spoke softly, smiling down at the girl’s crown.  “How is school?  You’ve been working hard?”  The girl nodded with head tilted sideways, her eyes lit up.  Her embarrassment increased by the moment, so much attention, and she returned her face to Kakenya’s stomach.  “Have you been sick?”  Kakenya tapped the girl’s chin.  The girl shook her head.  “Because I hear you missed some school – you were not sick?”  The girl is quiet, her head movements less noticeable.  “We will talk, just you and me.  Come on Saturday?”  The girl looks up – yes, her head nods. 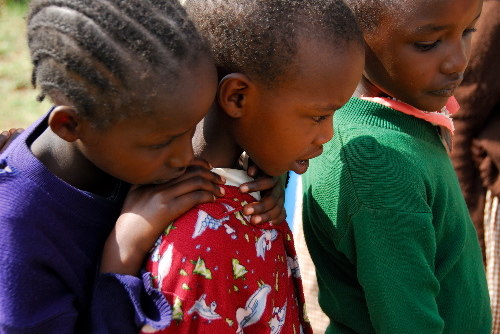 “I don’t know how to counsel a girl about this.”  Kakenya was sitting in the living room, elbows resting on her knees.  Since the girl’s visit, she had been noticeably distracted. “What if she cries?”  I think that would be good – I said.  That Saturday, during the purple in-between time of sunset and nightfall, the girl came back.  She was quieter.  The two of them retreated to one of the grassy hillocks near the edge of the farm.  Kakenya asked the girl to tell her what she remembered and, resting her body against Kakenya’s, she started slowly:

It was daytime.  I was alone in the house.  An older man, he touched me.  When I see men now, I think they are coming to get me.  They will do the same thing.  Sometimes when I am in class, I remember, and my body gets so tight.  I couldn’t see for two days [she went blind from the trauma].  I hear a ringing in my ears that lasts the whole day.

Kakenya could feel the girl’s heart beating rapidly, the muscles of her jaw, arms, thighs like taut rope.  She gave the girl a diary for writing.  “Whenever I am not here, write down what you want to say.”

I saw her the next day in school.  We came to visit the students, and play a few games.  I taught them a song, and watched the girl as she bumped shoulders with her classmates, eagerly mimicking my hand motions and tones just like them.  We repeated the melody, molding our hands into flowers, mountains – and in between the mountains and the hills, the girl dropped her hands, an almost imperceptible cloud covering her eyes.  She bowed her head, and passively moved her body out of the crush of students.

There is no healing ceremony for rape in the Maasai tribe, despite how often it occurs. What is present and too common is women and men’s reaction: “This is the girl’s fault”.  To hear rumor of this response sets fire to the disbelieving heart.  But to put your hands on the head of a nine year-old child, to see her eyes still remarkably bright, and to know that she is the one that mothers, brothers, fathers are blaming for a grown man’s brutality – this is enough to break even the observer.  I, like Kakenya, want to beat this man.  I want my anger to become a swarming force of violence that surrounds him in his home and tears apart any piece of him he thought was good.  And then I want her to know, this small girl, that she is perfect again. 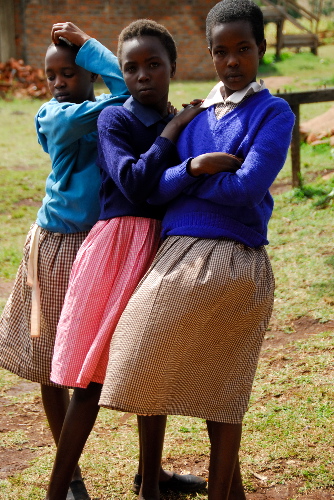