To give or not to give? That is a question.

17:06 P.M. Town Center, Nakuru, Kenya
Outside of a local super market in the town center of Nakuru, when I was enjoying my “luxury” ice cream as a little reward to myself for working hard during the whole week, a street boy, around 12 years old, walked to me from the corner and raised his hand:
“Give me.”

Seeing my face filled by question marks, he made a gesture of eating. He meant my ice cream. 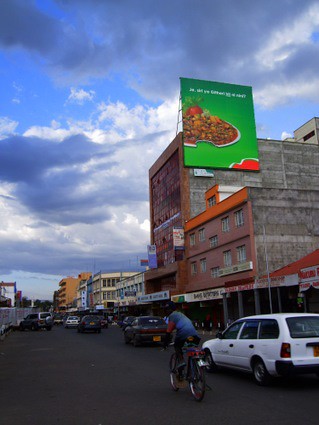 I of course did not question about what he wanted me to give him. Rather, the question was about whether I should give him and why.

Moreover, I would not consider giving a stranger the leftover (even if I cannot finish the whole cup) as a respectful action, even he is a street boy dressing shabbily, even he requested. It is different from sharing it with a close friend. Most importantly, I do not think there is any good effect to him if I gave him the ice cream.

I eventually did not give him the ice cream. However, similar sceneries have been repeatedly appeared to me since I arrived in Kenya and each time, I have to make a complicated moral judge—to give or not?

Most times are about money. 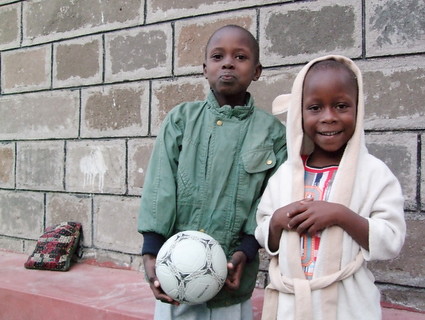 In Nairobi, a Matatu bus driver did not want to give change back to me, with the reason of “don’t you want to help me support my family?” In Nakuru, I was having a picnic with local friends after hiking to the crater, a 5-year-old (around) shepherd boy showed up in front of us, “giving order” to me with anger, “Give me 5 shilling.” Even when I was sitting in the Matatu bus station waiting for the departure to Eldoret, two old ladies who were sitting besides me tried to talk with me: “
@#$%%&(in Swahili) Money, money!”

The habits of begging money from foreigners, no matter politely or impolitely, are not only reflected by local individuals but also by the local NGOs, charities and some community organizations. The more I co-worked with these local institutions, the more I feel the desperate environment of seeking foreigners to help them escape poverty and other problems generating from poverty.

“We need money to till the bathroom for the children center.” “We need more donors, the students are out of food.” “This…” “That…” Compared with most such institutions in Asian developing countries, the “dependency culture” in Kenya is much heavier.

When is the end of asking and giving? When most donor countries are busy of taking care of their own finance this year, it is the time for the recipient countries to review the recrimination as a result of longtime donor-dependant relationship, which is far from being productive or necessary. 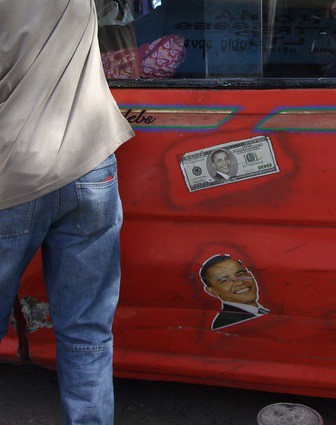 President Obama, the son of Kenyan, “has been criticized for not doing enough for Africa—at least not as much as his predecessor George Bush…(It is because) he is more inclined that Bush to see aid as a temporary solution to a problem that needs to be solved institutionally and through better governance.” Said by Ms Warah, an editor with UN, on the newspaper of Daily Nation, Monday, July 13, 2009.

For a sustainable development, Kenyans have to build their fates on their own. People in the institutions above could start from themselves. For the directors of schools or children centers as an example, it may be wiser to consider buying cows, goats and chickens and planting vegetables as constant supply of children’s’ food rather than spending money on tilling the bathroom well—the cost was supposed to be saved by simply painting, if there is a good budget control in these local charity institutions.

* For more pictures about the “Door of Hope” Orphanage Children Center,