See anything ruining the view from the idyllic riverside property of the EnKakenya Centre for Excellence in the photo below? Sure the Transmara Sugar Company factory isn’t photogenic, but its worst impacts on the area are yet to be felt. 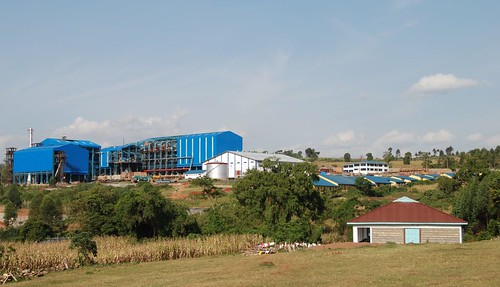 The Transmara Sugar Company broke ground in 2010, and hopes to be operational by October this year. Most people in Enoosaen have high hopes for the benefits the factory might bring. The biggest pro-factory argument you hear on the streets and at the soda shops is that the factory will bring jobs to the area. Jobs mean more income, maybe more population, and therefore, it is assumed, some sort of miraculously speedy development in the town center and the region as a whole. Alas, having spoken with the factory owner yesterday it has become apparent that 25% or less of those jobs will be given to unskilled local laborers.

When I ask educated colleagues or villagers about the factory, the list of worries abounds. Of course the first thing they say is that there are some good things (jobs, money) that will come, but there is inevitably a pause and then a river of concerns about cane farming. Sugar has a pretty bad reputation in world history (the centerpiece of the slave trade? Contributor to the epidemic obesity and diabetes?), and Kenya is no different. I am have zero expertise in agriculture, but I have a few hunches about the negative impact of concentrating on cash crops and a sugar monoculture. Cane is also notorious for stripping soil of its nutrients. I’ve expanded on several of the local problems with sugar cane in a list at the end of this post.

There was once an open community conversation about the potential negative effects (while deciding whether or not to accept the application to build the factory). At that meeting, one of the most educated (and wealthy) elder men of the town stood to speak his concerns about the factory taking advantage of the community, but his suggestions were rejected on the basis of the assumption that since he has money, he simply doesn’t want the others to have the opportunity to reap the financial gains.

The factory itself is owned by a wealthy Indian man named Mr. Shah, a Bombay native but 30+ year Kenyan resident. He answered to my concerns about the long term social and environmental impacts on the community by saying that they will consider offering financial education to their registered farmers, that they will possibly provide a few water taps outside of their factory, and that he even wants to build an orphanage nearby. But until we see these things, it is just talk, and other than the donation of some few building materials to the surrounding schools, I’ve seen nothing yet that leads me to believe he will follow through. 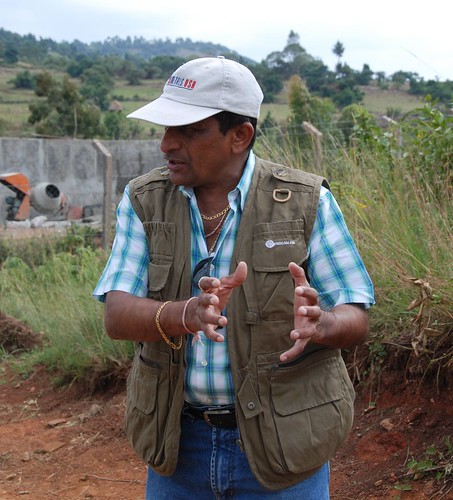 This factory has taken a lot of investment and important people have big stakes in its success. There doesn’t seem to be much anyone can do to stop it. The one way I see that we who recognize its perils can try to protect Enoosaen is education. I want to see the community be cognizant of what is happening to it, and vibrant debate is the first step to maintaining awareness. I am pushing for the teachers to bring the subject up in science and social studies classes and look at examples of similarly disasterous projects elsewhere. Here at the Enkakenya Centre for Excellence we can use it as an educational tool, and hope that the children go home and tell their parents. 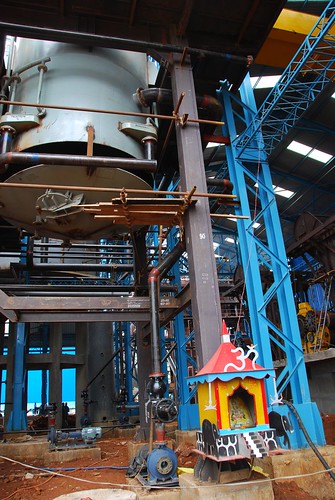 Read on if you are interested in some of the problems with the culture of Cane!

Sugar is a known source of several evils:

1. Dangerous sums of money, and years between returns – On one hand, an acre of sugar cane can earn between a half to a million Kenya shillings, but a rural farming family who receives this payment rarely has the education or experience to tell them to save or manage this money. Harvests only happen every few years, so if a famly takes an expensive getaway and lives like royalty for a week, or if a husband goes straight to town to drink the harvest down to the last Tusker beer, the family will quickly be financially distraught. Conversely, the fact that a sugar harvest means big bucks is well known, and makes families who hve recently harvested a succulent target for thieves who may come after a family at their home at night, knowing the family will likely have wads of cash in the house. Some people have suggested that the Sony Sugar factory in nearby Awendo, a smaller scale operation, has sometimes seen almost daily robbings or killings for the money reaped from the cane sales of one of its farmers.

2. Food prices and cane vs. corn – People from all over the neighboring Nyanza province currently buy food, and especially maize (for the staple food, ugali) from this area. If sugar usurps the basic foods, the price of maize may rise even more than it already is (as a result of a general inflation in food prices we are currently experiencing here).

3. Financial trickery – Cane factories nearby have resulted in major negative financial and social effects on the local communities. Around the Mumias sugar factory, families have been leasing their land to the sugar factory on which the factory grows cane. Firstly, this means that the land may not be maintained to the standard at which a farmer would maintain his own land. Secondly, this means that families receive a payment for their land once and then are without land to cultivate for a period of years. Over those years, they lack the food and constant revenue that comes from cultivating land, and they most likely are bankrupt from not having had the skills to manage the large sum of money they might have received for the lease of their land. For that reason, or in order to purchase fertilizer for their cane, families may take out loans from the sugar company itself, and then with no other recourse to pay back their loans, several effectively end up as endentured laborers on their own land, working for the factory to pay back their loans. The Transmara Sugar Company is also proposing to lease land from around Keyian Division.

4. Environment – Lastly, several of us are gravely concerned about the environmental effects such as pollution (especially smoke and noise), and particularly the impact of the factory on the river that is Enoosaen’s primary water source. Transmara Sugar Company will be thoroughly cleaning the water he returns to the river after its cycle through the factory, but he will only return a minuscule fraction of the 400,000 litres (!!!) he will be extracting each day. It seems impossible to me that the river will have anything at all left to offer the residents downstream.

5. Land for cane means none for cows – There will certainly be a social impact, as the push to grow cane will completely interrupt the economy and food economy of the area, and the social structures surrounding them. More land for cane means less for cows to graze, and the cow is a central part not only of Maasai culture, but of how families manage through the hard times: the herd is the bank account. More income volatility means more volatile resources available for children’s school fees and books. And the more monolithic any one crop becomes, the more scarce is the knowledge of how to raise the varied, traditional, and useful other crops.