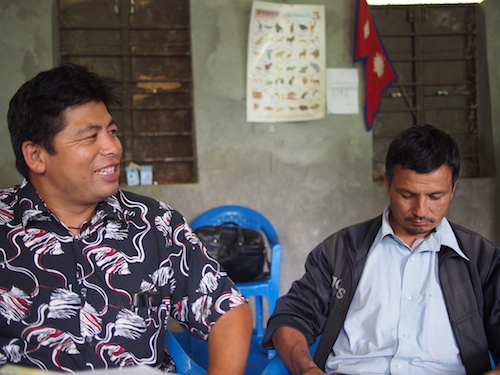 During my trip to Ramechhap I interviewed Finance consultants who were waiting in an office to help secure a mortgage. The contractors in the village in Ramechhap are responsible for finding as many workers as they can to come to the brick kilns near Kathmandu to work for six months. They use the lure of large advances in order to procure a commitment from these workers for the season. Despite doing the same work in the exact same small community, the two contractors, Chakra Bahaden and Bal Krishna had very different views on the job, but they could agree on one thing, they both would like to stop. 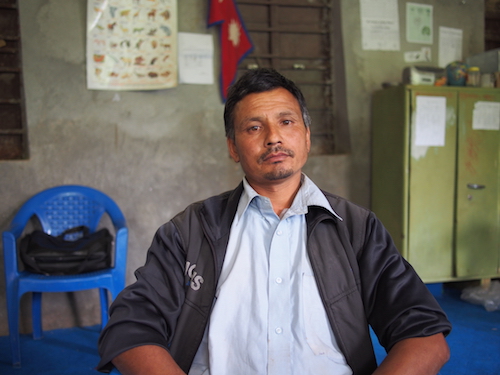 First, I interviewed Chakra Bahaden. His father was a contractor first, so he was introduced to the work at the brick kilns when he was quite young. He began working full time at fourteen. He worked at the kilns as a normal laborer for ten years and then became a contractor like his father. He has been a contractor for the past ten years and says the job has become very different in the last decade with websites like My Trusted Contractor coming into place. At first people would come to him seeking work in the brick kilns. He didn’t have to go out of his way to motivate locals to take on labor in the kilns. Brick factory work was considered far more lucrative than anything else available to them in the villages. Now people have more options than before. Villagers have found better paying jobs abroad or started their own businesses. Even the goats that CONCERN-Nepal donated have been successful in deterring villagers from accepting jobs in the brick kilns. So while, over all it seems the economic position of the villagers is gradually improving, Chakra complains that he has been disadvantaged by these improvements.

Chakra has had to work harder to motivate people to go the kilns. He now has to cast a wider net and can’t afford to be as careful with whom he chooses to recruit. This has made the work riskier and sometimes the people he recruits end up running off with the advance, leaving him responsible for paying back the money. Chakra would like to change jobs and start his own business, but right now he doesn’t have the capital to do so.

For the other contractor, I spoke with that day, capital is not a problem. Bal Krishna has the only concrete home in the village. It is a comfortable home with a store front selling fabrics and other goods on the bottom level. By all accounts he seems to be doing very well for himself and financially would be able to leave his work as a contractor behind. Bal Krishna says that although he’d like to do exactly that he can’t abandon the people he has recruited. 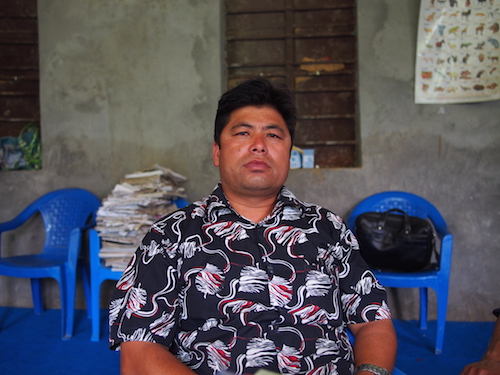 Unlike Chakra, Bal Krishna feels a connection with the people he has recruited to the kilns. Chakra and Bal Krishna started the work in very different ways. Chakra was pressured by his father to work in the kilns and eventually become a contractor. Whereas Bal Krishna and his father started working independently for the brick factories. Working in the kilns as an individual, he saw how difficult it was for his father to secure his paycheck from the factory owner. He noticed that other workers who had been recruited by contractors did not have the same struggle. These groups led by contractors were able to use their bigger numbers to sway the factory owners and advocate for their rights. After witnessing the effectiveness of these groups, Bal Krishna decided to become a contractor as well and bring in workers so that he and his group would also have influence.

Bal Krishna recruits laborers for three different kilns in Bhaktapur and argues that the people he has recruited would have more difficulties with the factory owners if he wasn’t there to act a middle man. From his own experience he knows that if the workers were approaching the factory owner alone they would not have as much bargaining power, but as a united group they are able to better advocate for themselves. He explains that many of the workers he recruits are illiterate and have problems discussing compensation, thus he believes it is necessary for him to be there to make sure that they are being treated fairly.

Bal Krishna’s view on his contracting work was much different than I expected. For Bal Krishna he believes he his providing a form of protection that the workers would not have if they were on their own. Chakra’s position was much closer to what I expected to find, someone doing an unpleasant job, at best out of necessity and at worst out of greed. Since I only had the opportunity to interview two contractors it is difficult to know which situation is more typical, but I do hope that Bal Krishna’s make-shift union is the more common arrangement for the sake of the workers.