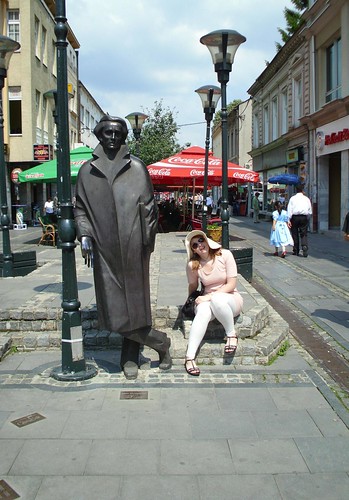 Tuzla is a beautiful city, and not at all what I thought it might look, smell, and feel like.  It is much busier than I imagined, though everyone seems to know each other as if in a small village.  I probably should not have underestimated the pace and size, as it is the third largest city in Bosnia.  In a way, it reminds me of another European city I’ve lived in – Cork is one of the larger cities in Ireland, but feels like an intimate community that is full of character, colors, and out of the way places to discover.  Thus far, Tuzla feels the same.  The buildings range from orange to green to red, and the locals at the open-air market always have a smile (sometimes toothless) on their faces for me.

After a week with BOSFAM, I absolutely feel that I’ve been  adopted into this carefully cultivated, diverse “Bosnian Family” (from which BOSFAM derives its name).  BOSFAM was started during the recent war – founder Munira “Beba” Hadzic recognized a pressing need for women survivors of ethnic cleansing, rape as a weapon of war, and genocide to have a safe place to process their trauma and relate to others who lived  through similar events.  BOSFAM was born in 1994 as that space, providing a community where women could share with each other but also give their minds a much needed break through weaving traditional Bosnian carpets and other handicrafts.  The organization is  currently based in Tuzla, where many of the Bosnian Internally Displaced Peoples (IDPs) settled during and after the war.  In addition to providing a psycho-social outlet for women survivors, it now provides income-generating projects through the sale of such handicrafts.  Their work is beautiful – each carpet, scarf, or pair of slippers is handmade with love and deep concentration. 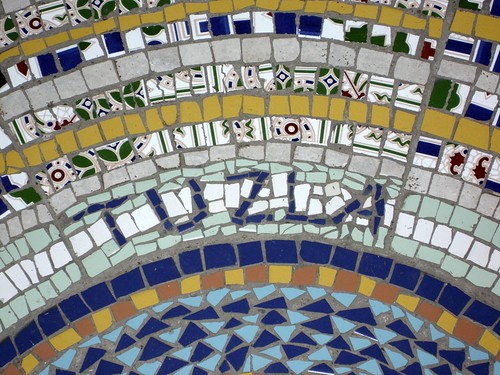 The women, for it is only women who work here, come from different ages and ethnic backgrounds.  Yet despite differences, it seems that everyone understands the challenging and sometimes heavy issues BOSFAM has been chartered to address. 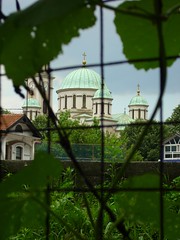 The very men who orchestrated the Srebrenica genocide, Radovan Karadzic and recently-captured Ratko Mladic, have been all over the news. Because of this, and because much of my upcoming work will take place in Srebrenica, I want to give some attention to the July, 1995 events that occurred in and around the town.

Srebrenica is a town in the east of Bosnia, practically within earshot of the Serbian border.  During the early years of the war, the town swelled in size with IDPs escaping from smaller towns and villages that were suffering from ethnic cleansing.  The majority of these people were Bosnian Muslims, called Bosniaks, who were fleeing from the Serbian and Bosnian-Serb Army.  In 1993, the United Nations Peacekeeping Mission in Bosnia (UNPROFOR) turned Srebrenica into one of the six total “safe areas” in the country – providing humanitarian aid and a modest level of security for its inhabitants.  However because of the incredible 40,000+, mostly Bosniak residents, Srebrenica became a perfect target for decimation by Serb politicians, military, and paramilitary bent on creating an “ethnically pure” Serb state.

In spring of 1995, the Serbs in eastern Bosnia increased their military efforts and in July 1995 successfully took the town of Srebrenica.  On July 11, 1995 the town fell and UN Peacekeepers watched as Serb paramilitary separated the women and young children from the men and boys; the women were shipped out on buses to towns in the Bosniak-held territory, and the men and boys were slaughtered over the course of a week.  In factories, barns, and on sports fields, Srebrenica’s male Muslim population was eliminated.  Other Bosniak men who tried to escape through the woods from Srebenica into free territory were also hunted down by soldiers, or killed by landmines planted in the forest.  In total, more than 8,000 people were killed.  Each year on July 11, tens of thousands of Bosnians and internationals come together to remember, mourn, and bury their dead.  BOSFAM works with women who survived this unimaginable trauma – supporting the women the 364 days of the year when the international community turns away from the victims who still live with this haunting past.

One of these survivors is Zifa.  Unfortunately, her male relatives did not survive the genocide – two of her brothers, many nephews, and her twenty-five year old son, were killed by Serb paramilitary.  Zifa greets me every morning with a huge, four-tooth smile.  It lights up her face, and I do everything I can simply not to hug her each time I walk into the room.  I will be sure to write about Zifa in the future, for she deserves far more than a paragraph mentioning her in a short blog entry about Tuzla. 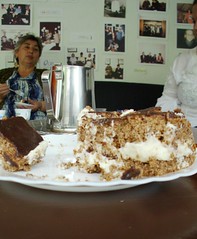 Much of my day with Zifa and the other women, who range from twenty-somethings to women in their sixties, centers around drinking Bosnian coffee.  Much like Turkish coffee, this precious entity is something between espresso and a delicious, caffeinated sludge.  Don’t take that last sip from your tiny glass or you will be chewing through a mouthful of coffee grinds!  While it’s not too hard to stop from choking on the coffee grinds, choking on the Bosnian language is a daily, even hourly, occurrence.

Tomorrow though, will probably be a new and longer chapter in my time at BOSFAM.  Our tireless, strong Direktor Beba has returned from a funding trip to Slovakia.  She has a lot of ideas that will shape my work at BOSFAM, and tomorrow we go to Srebrenica to see a new BOSFAM center that has just opened.  I can tell that Tuzla will hold a lot for me – a lot of challenges, a lot of rewards, a lot of tears, and a lot of smiles.  Hopefully, I can help these women as much as they’ve already helped me, though my first week has been so lovely that I doubt much of anything can live up to it.

To learn more about Srebrenica, see the BBC’s timeline and related pages for the event.