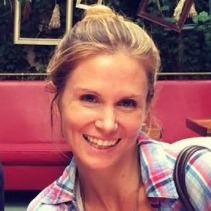 
Violence and Humanity: The U.S and Uganda

I was reluctant to write about this, especially for my first post in Uganda  because I don’t want to bring the wrong message across about Gulu or the work I am doing here.  While reading this please keep in mind that I am safe and do not take this as a testament to daily life here.

Sunday was my first full day in Gulu and after 4 days of traveling alone I made some connections with a few other people staying at my guesthouse.  They had been in town for a few weeks and were kind enough to show me around.  Overall it was a great day.

We returned from a meal to get reports about the tragedy in Orlando.  Our hearts were with all of you even though we were so far from home.  I was happy I didn’t have to tune into the U.S TV media to hear how it would all be spun but the sadness, frustration and anger came across through all of my friend’s Facebook posts and news articles.

Later that night I would have my own experience with gunfire in this part of the world.  Two housemates were sitting outside when we heard some loud sounds:  “What is that?”  “I think it’s fireworks.”  No sooner was that uttered than my housemates came in and told us to lock the door and turn out the lights because it was gunshots.  We quickly got away from the windows and kept quiet.

The staff at the guesthouse were amazing and immediately closed the gates and ensured our safety.  They were familiar with the sound and knew what it was.  My guesthouse is also prepared for this sort of thing: it’s in a compound surround by a wall with barbed wire on top and a guard.  The LRA has been out of Gulu for several years now and the town is rebuilding but I’m sure the memories of what happened during their regime are still very close.

The gunfire was not directed towards civilians and after about an hour of shooting the roads in town slowly started to see traffic again.  Some reports say it’s related to issues with the government Daily Monitor . Things have returned to normal in the days since however we all have a heightened sense of awareness and taking precautions. 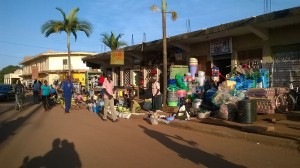 (Daily Life in Gulu at the market)

My first day at the GDPU was on Monday and the director assured me that my safety and that of the other staff was always the priority.  I was talking to another staff member and explained that in the U.S the sounds I heard were usually associated with fireworks or a car backfiring so it didn’t register with me immediately.  He told me about a trip he took to India during Diwali and was used to associating gunshots with the sounds of firecrackers going off around him but then said said “I got used to it.  Now I am used to both sounds.”

I’m not trying to compare these two events, they involve completely different issues and cultures. The parallel of being “used to” this sort of thing is what struck me.  Although I’m not used to the sound of gunfire in the U.S, I am used to hearing about mass shootings throughout the country.  The idea that any group of people gets used to hearing gunshots or hearing about gunshots is very sobering and just makes me sad.

I also don’t want to tell you what you should do but if violence makes you angry then do something, whether it is related to policy or making a change in yourself.   What I will say is that I am and will continue to be amazed by the resilience in people and the humanity that comes out of tragedy.  I know that the same humanity exists outside of tragedy and we need to strive to find that within ourselves as often as we can.  My heart is with all of you in the U.S, Orlando and all the LGBTQ community who I have a great deal of love and respect for. Love is Love is Love