Le Cameroun est un pays majestueux! Though it took us close to 6 hours and a very bumpy ride to reach the Northwest Province of Cameroon from Douala, I could not stop myself from staring at the lush vegetation which complements the redness of the clay… the fiery earth. From fruits and vegetables to wood and petroleum, Cameroon has a plethora of resources; nonetheless, the majority of Cameroonian live in abject poverty. What mismanagement from the local authority and obstructionist policies from international powers! Each time the bus came to a stop at the local villages, children would come running towards the bus with buckets of roasted prunes, nuts, bananas and okras sticks in the hope that a hungry traveler might by them a snack. Cameroonian children represent the future of this country; that is why ensuring their well-being and investing in their education is vital. 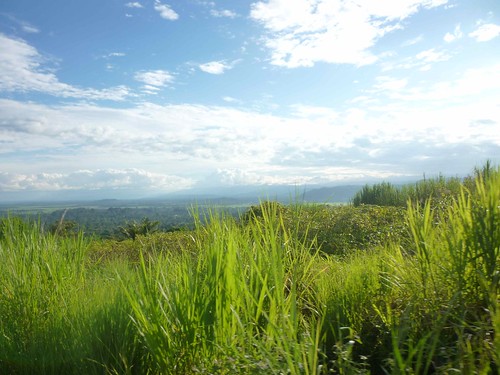 Nkumu Fed Fed, Vital Voices partner organization in Bali, tirelessly works on behalf of Cameroonian children. This organization, which started out as a network of Bali women in the 1980s, has four major program areas: Gender and the Rights of the Child, Education, Health & HIV/AIDS, Secure Livelihoods and the Environment. As AP/Vital Voices fellows, our role is to document and evaluate the HIV/AIDS advocacy campaign, sponsored by a Vital Voices grant. Nkumu Fed Fed’s HIV/AIDS campaign has focused on creating awareness about harmful cultural practices, which facilitate the spread of HIV/AIDS. One of the local doctor in Bali gave us an overview of some of those harmful traditional practices: the practice of polygamy, which can entail traditional leader acquiring a third or fourth wife, the latter must preferably be a virgin; widowhood practices where a widow is forced to marry her brother-in-law; cultural jamborees –throughout the year, married people are allowed to have intimate relationships with past lovers without being sanctioned by their communities. Additionally, various problems that are not of cultural nature also play a decisive role in the spread of HIV/AIDS. They include older men praying on little girls; promising them 10,000 CFA ($20) if they sleep them; the overall lack of condom usage, and the overuse of unsanitary blades to cut someone’s hair for example.

Nkumy Fed Fed’s strategy to curtail those harmful cultural practices has essentially been a ‘train the trainers’ approach. Key stakeholders –including traditional leaders (called Fons), women’s groups leaders, and local political actors­– were invited to Nkumu Fed Fed multipurpose center to partake in a general training about the intersection of HIV/AIDS and cultural practices. Those trainees went back to their communities and trained the local people. This strategy seems to have been especially effective because some of the rural areas are very remote and hard to reach place for Nkumu Fed Fed staff.

Since our arrival in Bali, Helah and I had the privilege to meet two Fons and a local women’s group in Bamenda. Reaching out to and involving traditional leaders, who are the custodian of culture, is a key development strategy to ensure the sustainibility of the HIV/AIDS campaign. Those two Fons were undeniably well educated and progressive. They expressed their commitment to educating their constituency about the harmful cultural practices, understanding that the fight against the spread of HIV/AIDS is the fight they have to adopt. While it is expected that Fons will ‘acquire’ many wives as a demonstration of power, the Fon of Bu with whom we met is one of the only Fons in the region who is monogamous. Taking a stand –even as Fon– can trigger various criticisms by other Fons and constituencies. As such, creating a consensus about health sexual practices among the Fons will be a challenge for the upcoming years.

After a visit with the Fons, we met with a group of women called Global Education and Environmental Development (GEED), which also focuses on the rights of the girl child and the empowerment of women in rural areas. One of the GEED members, Clotilda Ansiensa, who has a soft spot for women, also became a trainer for Nkumu Fed Fed. According to Clothilda, the greatest obstacle to eradicating HIV/AIDS in her community is the reality that women are very poor and uneducated. Often, a woman’s only alternative is to become economically dependent and concede to unsafe sex practices. Clothilda emphasized that the HIV/AIDS campaign must be accompanied by women’s economic empowerment. A woman who is economically empowered will be in a much better position to negotiate safe sex and make informed decisions about her future.

For the next two weeks, we will be traveling to rural communities to meet some of the local trainees… the last mile. What does the last mile look like? That is what I kept on asking myself during one of my development classes. For me, reaching the last mile is meeting that woman in one of the remote villages, sitting with her, discussing her experience as a trainer, providing her with all the tools and knowledge necessary to succeed in eradicating harmful cultural practices and support her efforts in the long-term.