What the US-Liberia Clinical Partnership for Research on Ebola Vaccines (Virus) in Liberia, PREVAIL sought to accomplish, and what Ebola Survivors expected, left them feeling short-changed

Talk to any survivor of the Ebola Virus Disease in Liberia, the acronym PREVAIL stands out. As it stands, this was the main institutional support mechanism that showed some interests in the lives of survivors, and the issues that survivors faced when they came out of the Ebola Treatment Units.

To survivors, PREVAIL was meant to take care of the myriad needs that came with surviving Ebola. It was already a partnership between Liberia and US Government Institutions and sought to understand what the effects of Ebola were for the persons who survived. “The United States is always noted for goodwill,” and in the minds of survivors, as I have been learning, the US partnership would have addressed their needs.

As things stood, the West African outbreak saw so many more persons survived the disease than anywhere else in the history of Ebola outbreaks around Africa. But the numerous survivors in Liberia presented policy makers with an uncharted territory. There was no blueprint, as Tolbert Nyenswa, the then Incident Manager of the Liberian Outbreak, and former Director General of the National Public Health Institute told me this week. 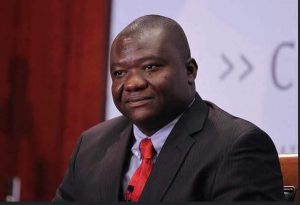 “We had no clue as to what we were facing in persons who were surviving Ebola.” Nyenswa continued: “August 2014 was the worst month of the outbreak in Liberia. But when we hit September, and the Ebola message sunk in, and people began turning themselves in early, many people actually started to survive Ebola. We came from a case fatality rate of 90% to about 50%. This was a marked improvement; and after September, and after iterating many treatment strategies and protocols, we settled on early treatment, trace, and isolate contacts. This strategy saw numerous Ebola survivors. But with them came many possibly new challenges.”

Nyenswa asserts that policymakers knew that survivors were a “special” population who now faced many needs and challenges which could not be left to themselves. It was in this situation that the then Minister of Health Dr Walter Gwenigale, as Tolbert told me, wrote to his US Counterparts at the Department of Health and Human Services, at the time and said that the outbreak in Liberia presented a good opportunity to develop vaccines and therapeutics to solve the treatment puzzle of Ebola.

Before that time, there had been no known treatment for Ebola. PREVAIL was born in late 2014, and a team of US scientists were dispatched to Liberia to partner with their Liberian counterparts. Their first mission was to test experimental drugs and vaccine candidates. And this process went on, according to Nyenswa, as the outbreak waned and “we hit the end of 2014.” This was PREVAIL One, the first study. The second focus was on clinical trials of investigational drugs for treating Ebola.

The multiple survivors in Liberia presented another opportunity for research to further study the effects of Ebola on those who recovered. “We knew that recovering Ebola presented many challenges and from the scientific standpoint, decided to investigate what recovering Ebola meant for individuals. This was PREVAIL three, the third focus of the study which involved survivors.”

Nyenswa continued: “Any person who has believed that PREVAIL was to take care of the needs, rightfully of Ebola survivors, is mistaken.” Even though survivors have genuine needs that should be taken care of, Tolbert clarified that PREVAIL was solely dedicated to the scientific study of the effects of Ebola and its natural evolution in persons who were surviving the virus, and the efficacy of possible therapeutics and vaccines. The Ebola natural history study, which was PREVAIL three, studied the effects of Ebola on survivors and identified many issues and made referrals for treatment for issues that were identified in survivors.”

But not so fortunately for survivors, Nyenswa tells me, PREVAIL’s mandate was purely scientific, and this is what it accomplished.

To survivors and their leadership, PREVAIL only used them as a study ground; but gave no attention to the real needs that they had, and for which they voluntarily decided to participate in the PREVAIL studies.

Mr Anthony Naileh, President of the Survivors Network tells me: “We had many needs and still those needs are unaddressed. At each call for survivors, we were always present in the hope that our government and international partners had realised what the virus had done to us, and they were here to help us service these many needs. But our expectations were always dampened and five years after, PREVAIL ended, with no impact in the lives of survivors.” 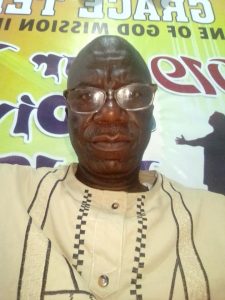 To Nyenswa, PREVAIL did accomplish its objectives. He touts the use of experimental drugs and vaccines in the recent Ebola outbreaks in the Democratic Republic of Congo, and the recent Guinea Ebola outbreak earlier this year, where vaccines which, he says, were tried and confirmed in Liberia, were used to extinguish such upsurge as successes of the PREVAIL partnership.

But to survivors, “they only used us, accomplished their goals, through the different medical procedures and examinations, but we still reel from the crisis and these issues we still grapple with.”

Nyenswa says to me, “survivors rightly feel neglected. Indeed, they have been neglected by the Government and I hope that the current Government will draw on the strategic plan we developed for survivors to address the needs that survivors have, including child survivors, who rightly need to be educated and supported into adulthood; and children whose parents and benefactors died of Ebola during the outbreak. Their medical needs were anticipated and to be integrated within the primary healthcare system. We did not want to create separate facilities for Ebola survivors. These would have been even more stigmatizing. We developed all of this in a strategic plan.”

“We envisaged that the Mental Health Department at the Ministry of Health and the Department of Social Protection at the Ministry of Gender, Children and Social Protection would take care of the needs of survivors through an institutionalized mechanism. But the change in Government and apparently the economic difficulties facing the country now mean that survivors, are either lost in the priorities and I can imagine the consequences of abandoning survivors to their own devices.”

Nyenswa continues that “the needs are still there; it is good that the survivors network is established and functional, they have to direct their advocacy to the right authorities to address these issues, the Ministries of Health and Gender, Children and Social Protection.”

As he told me, “PREVAIL had a fixed agenda, a scientific analysis of the evolution of Ebola and its effects and finding treatments, and we hope the Government of Liberia would take up the issues facing survivors up till today.”