The eternal ‘Lady in black’

Duong Thi An’s husband, Le Quo Hung, died at the young age of 37 from Agent Orange complications. He fought in the war from 1970 to 1975 and 7 years later he passed away after living a life with headaches, pain on his hands and back and other symptoms that only appeared after he fought in the war. Mrs. An tells us about her husband and she unveils the shrine her family built to remember him which stands next to the different certifications and diplomas given by the government thanking him for his service and granting him Agent Orange certification. My vietnamese is very limited so anything she has to tell me is linked through Linh, my interpreter. Yet, if there’s one thing that are universal are tears. Tears that she shreds as she lights up some incense and beging praying to her husbands picture. Her husband left her soon after the war but his memory and the void that he left haven’t been able to be filled until now. 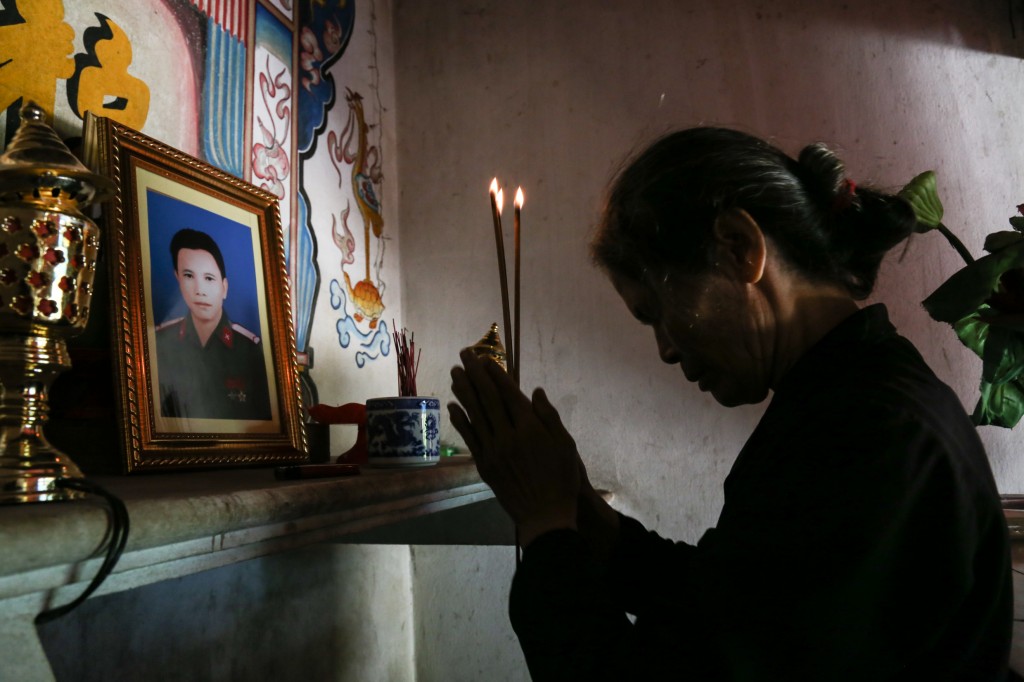 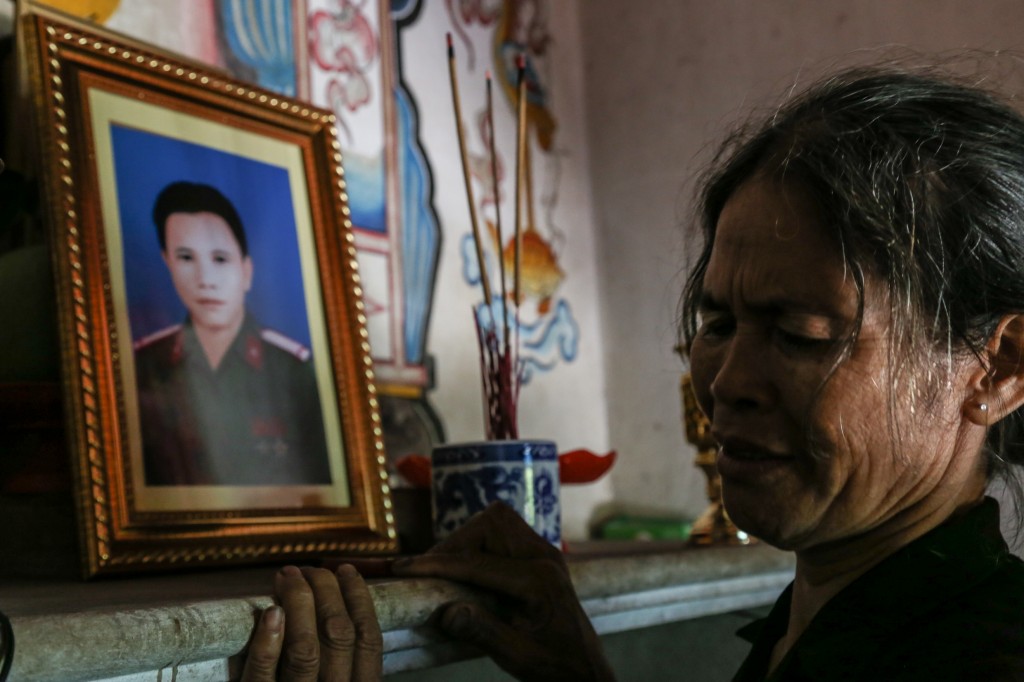 Since then, she’s been the main caregiver for her 2 sons, daughter and 2 grandchildren. “I’m worry about what will happen to them once I die” she tells me, as she wipes off her tears. Her concerns would certainly keep any mother on edge and burdened by eternal sadness, something I’ve glimpsed on her face every single time we’ve gone to visit. “I remember her eyes” says my coworker and interpreter, Linh, referring to that same sorrowful look that can only be understood as despair trapped in ‘the window to the soul’. Unfortunately for her middle child, Le Quoc Huong, the windows are slowly darkening. 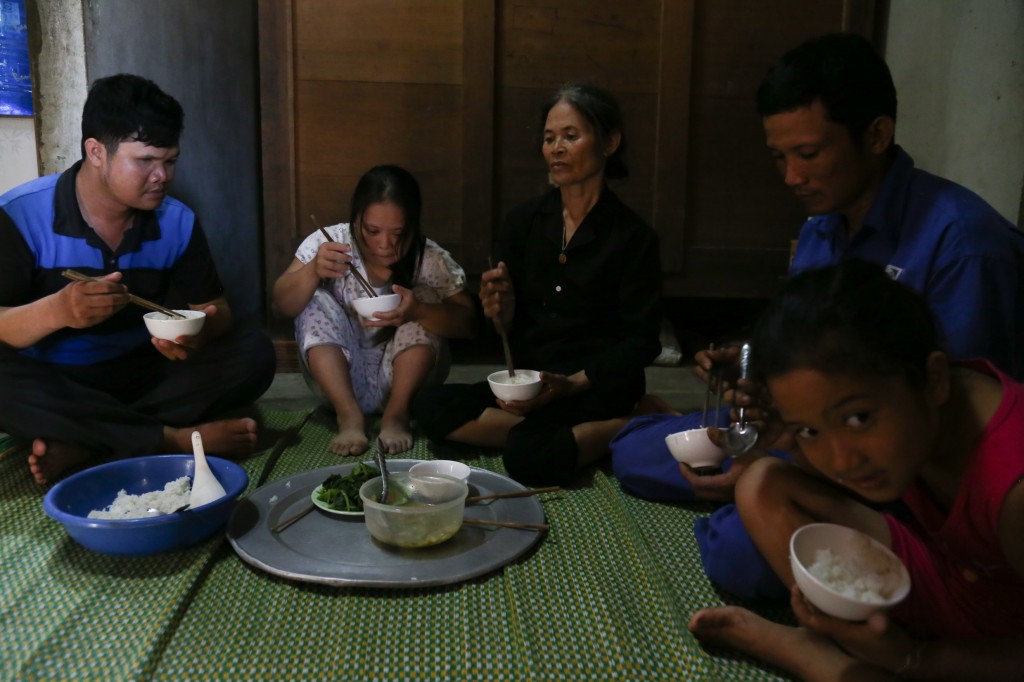 Huong’s right-eye sight started rapidly deteriorating at age 10 and within a few weeks his doctor removed it. Since then, he had 4 different eye surgeries in Hanoi in an attempt to save his left eye which has been left working only 1/10 compared to a healthy eye. As a government-certified victim of Agent Orange (VOA) he receives 800 000 vnd (35.5 usd) per month. Yet, his monthly visits to the doctor in Hanoi total between 7 and 8 million vnd (311-355 usd) per visit. 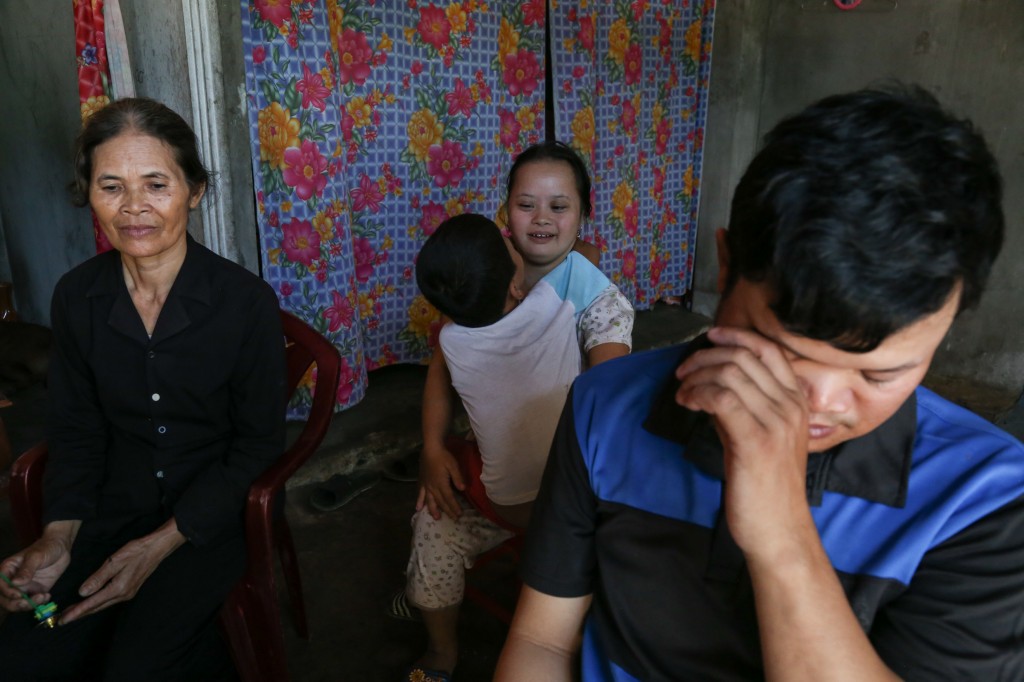 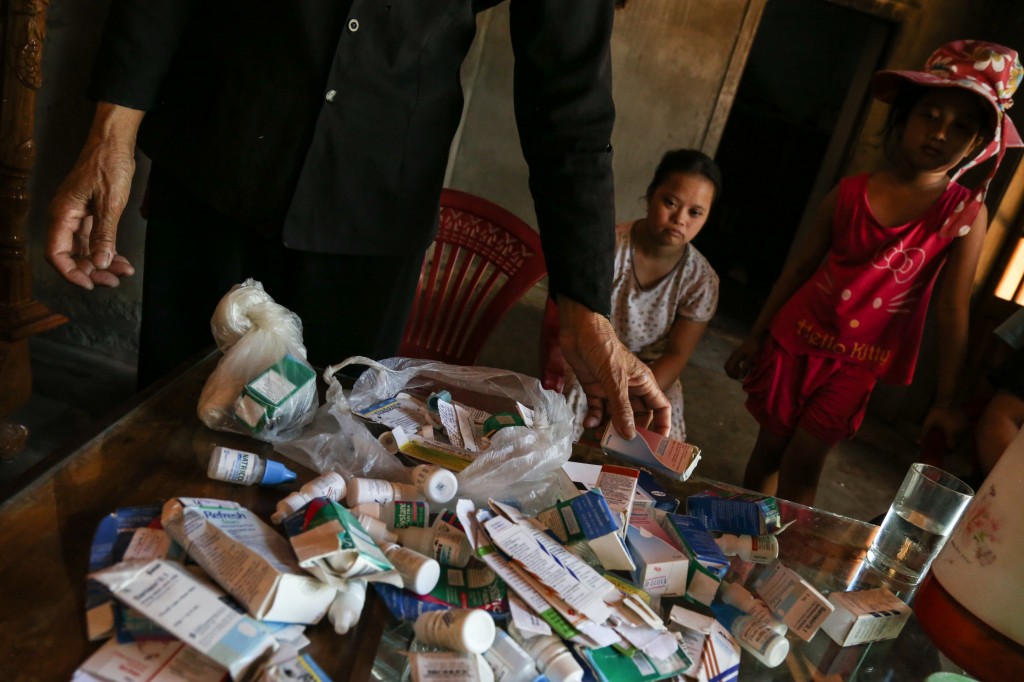 Huong’s sister, Le Thi Hoa (’82), was also born with a common Agent Orange effect, down syndrome. She spends her days helping her mother with household chores and also playing with her nephew and niece who see her more as a friend than an aunt. Both nephew and niece are the children of the oldest son, Le Quoc Hai (’76). He was born with several cognitive issues which didn’t allow him to finish school and is now left to help neighbors with odd jobs that don’t pay much. 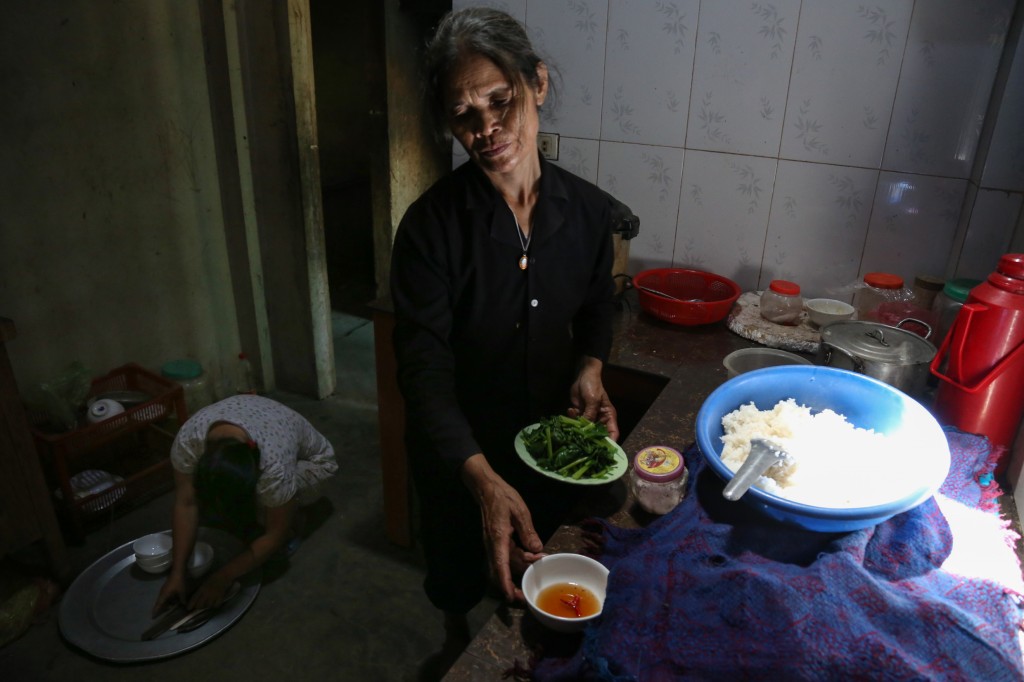 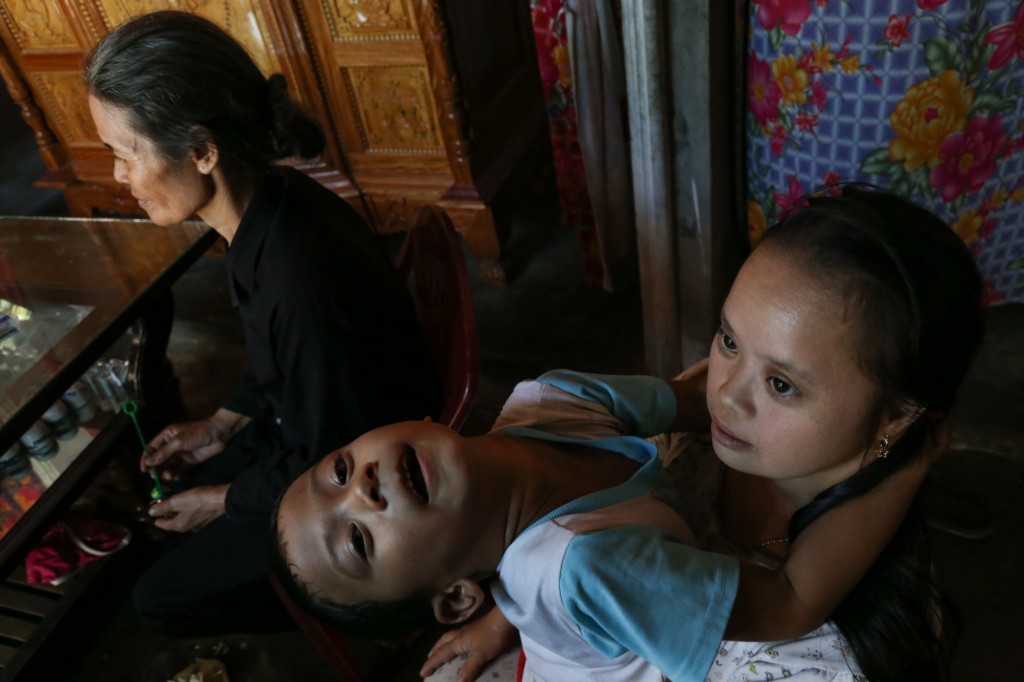 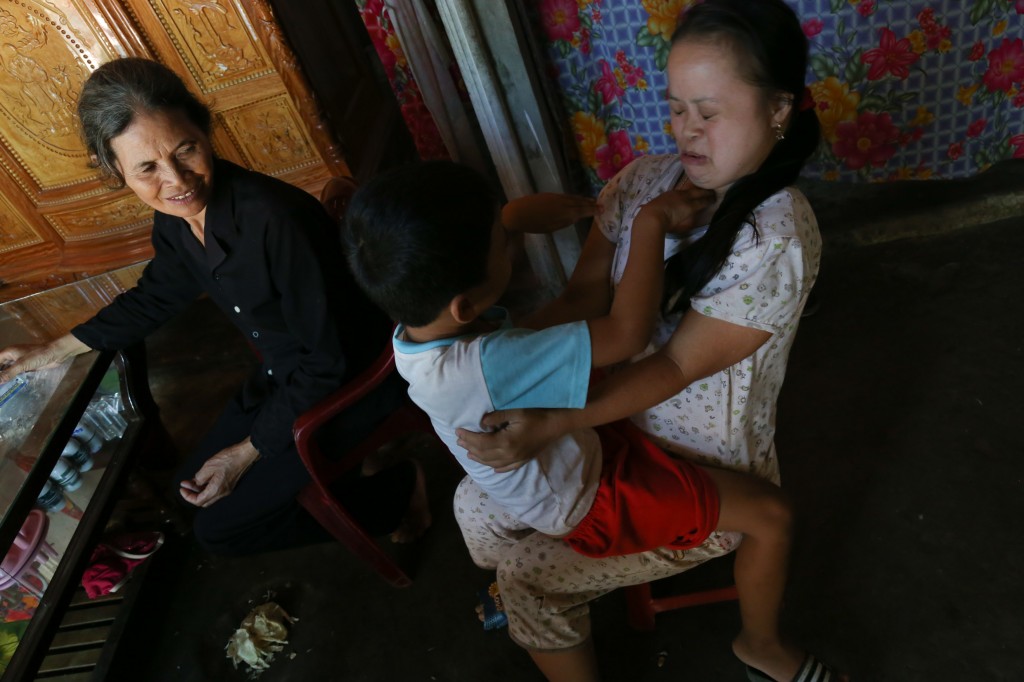 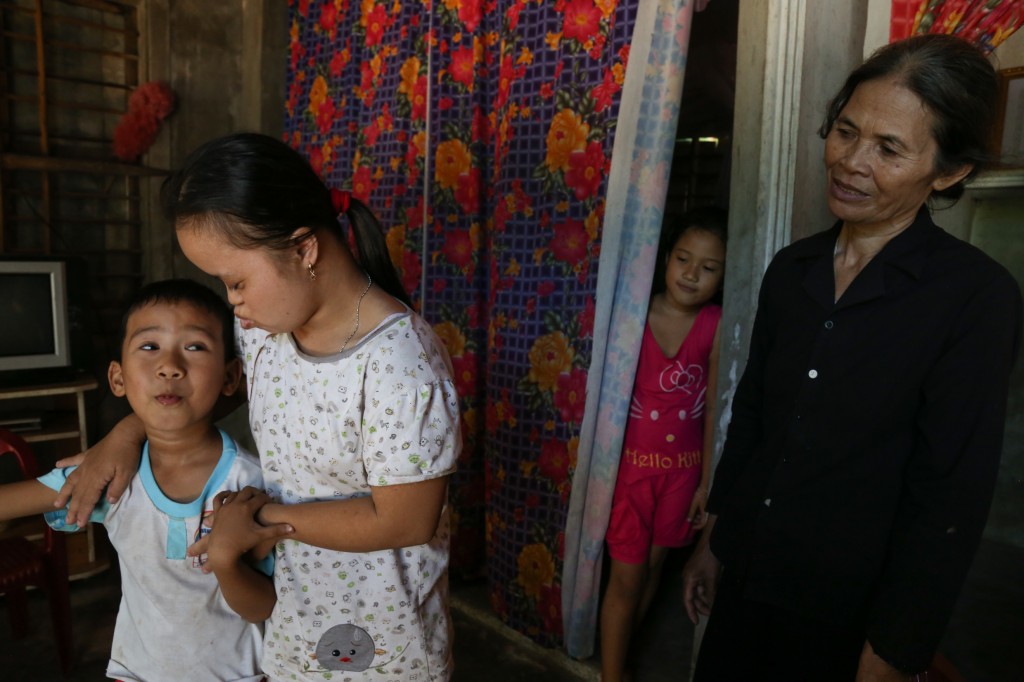 As a government-certified Agent Orange victim, he receives 1.2 million vnd (53.3 usd), an oddity when compared to his brother’s benefits. In Vietnam the financial criteria by which VAO receive benefits is at times cumbersome and rather subjective.

If smiles are seen at the Les household, they are usually originated by the grandchildren who were both born healthy; one of the very few breaks the family has gotten. 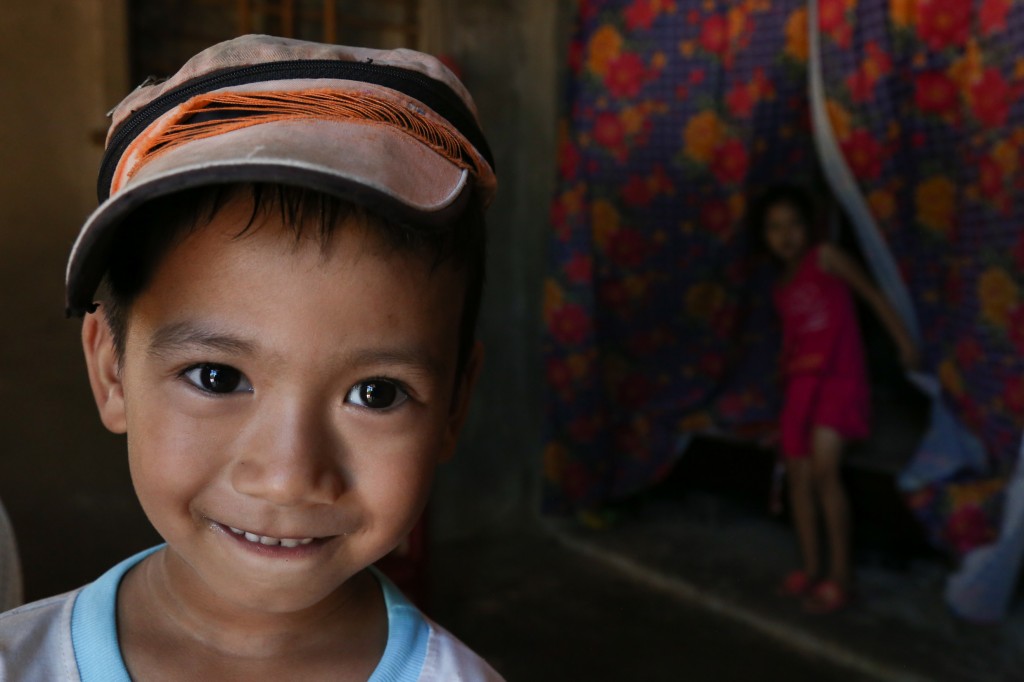 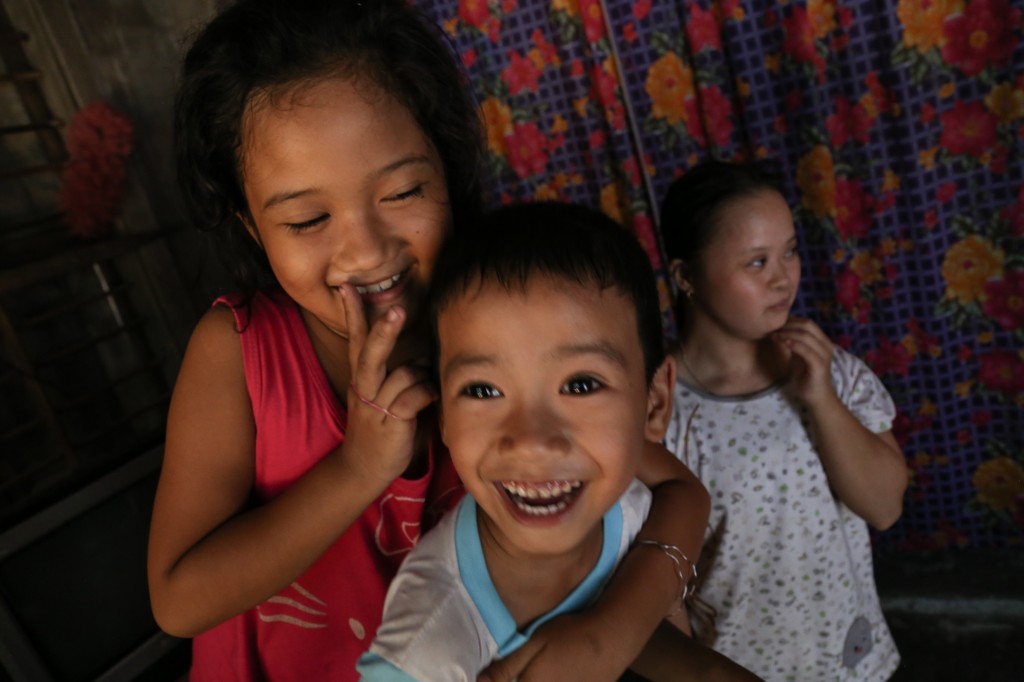