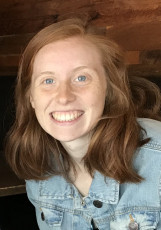 Brigid is a rising junior at the College of Saint Benedict in Minnesota majoring in Political Science, with an interest in international studies. Having grown up in Germany, Saudi Arabia, and El Salvador, Brigid hopes to continue working in various countries, especially within the sector of international development. Additionally, with experience as a peer writing tutor and activities volunteer at a health and rehab center, Brigid is drawn to projects where she can collaborate and learn from those around her. She was especially drawn to the Advocacy Project because of their unique, community-based approach for development, which she is particularly interested in.

“Where are you from?” is one of my least favorite questions in existence. This became evident in August 2018, during my first day of orientation at the College of Saint Benedict. As is typical of orientations, the first few hours were filled with introductions, and I watched as my future classmates rambled off names of nearby Midwest towns and cities in response to the question at hand. Still, replies of “California” and “Texas” triggered several surprised reactions of “ooh’s” and “ahh’s” from the crowd. 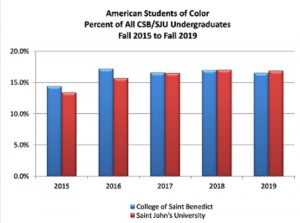 For context, my university sits in the middle of rural Minnesota, and in 2019 around 80% of students came from in-state. In addition, the student body is overwhelming white, at 79.7%. I say this not to criticize my university, but to highlight that if you are not white or from Minnesota (or one of its bordering states) you are certainly in the minority.

Therefore, as I arrived on campus as a white, blue-eyed girl with Wisconsin license plates, nothing seemed rare (except, perhaps, my red hair). Yet, my actual answer to the question of “Where are you from?” is quite complicated.

At the age of four, my family uprooted from Wisconsin to move to Berlin, Germany, where my parents and siblings stayed for two years. When I was six, we then moved to Dhahran, Saudi Arabia, remaining until we transitioned back to the U.S. However, I finished my last two years of high school in El Salvador and Saudi Arabia.

The long-story short is that I have spent half of my life outside of the U.S. I have lived in eight houses within four different countries. I do not say any of this to brag, boast, or claim that I have greater insight into the world, but only emphasize why the question at the top of this page is terribly complicated for me!

I also say this because having had several “homes” makes me question my role in society, as well as my future (questions most people in their 20s are asking, I suppose). Without fully knowing where I come from, I am still trying to figure out what that means for where I am going.

The Power of Human Connection

This is why I am at the Advocacy Project… or should I say partly. Having been surrounded by people of different races, religions, and hometowns from birth makes me passionate about human diversity and the power that arises when we choose to listen to others. 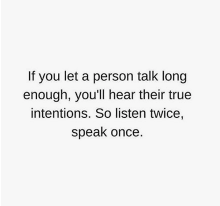 So often, we humans prefer to quickly judge each other rather than deeply listen. I often think it must be innate for human beings to do this. That is, label and hold prejudice, as it is easier to process our differences by simply placing each other into small boxes. Can we change the way we do this? I think yes. Does it take time, effort, and a willingness to recognize how complicated human beings truly are? I think yes. And do I think it starts by listening. Yes.

The fact that the question “Where are you from?” tries to place me into a small box that does not describe my whole life story is one example of how the single-story phenomena can be misleading. However, I also hope to recognize that being assumed a “white girl from Wisconsin” (end of story) is certainly not the worst box to be put into. It does not place me into any immediate danger or carry hurtful prejudices along with it.

But me, myself, and I know my full-life story, and I hope to recognize the privilege that comes with it. Not only being white and from a stable family, but also having been exposed to such a vast amount of diversity at a young age. My unique upbringing and flexibility of not “being” from one place, although freeing me from allegiance to one community, also makes me wonder where I am supposed to “be.” Once again, this is why I am at AP. Although I am still trying to find “my place,” I think learning from an organization that puts listening and establishing relationships at its forefront is a good place to start.