Who are the “rescued” girls? 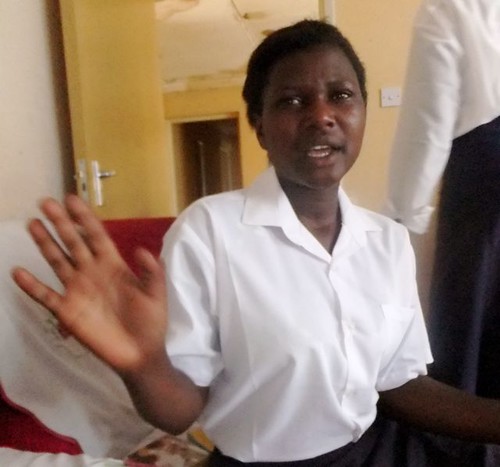 Miriam comes across more like any lively, athletic American sixteen year old than any other girl I’ve met here in rural Kenya, yet she bears the burden of a difficult journey to becoming the confident person she is today. She is one of the over 50 “rescued” girls, as they are known, for whom Counselor Caroline cares. She is also one of the 9 I met on Thursday while they were home with their surrogate mother, Counselor Caro, for half-term break from school (as I mentioned, they desperately need a proper rescue centre…).

In December 2008 Miriam passed her Kenya Certificate of Primary Education (KCPE) examination with the strong marks of a B+, and wanted to continue on to high school, but her parents had other plans for her during the school holiday. That December she fled her village of Shartuka in the Transmara West District, hoping to escape the female circumcision and marriage her parents were about to force upon her. She had watched her older sister be married as a young teen, yet she “wondered why they wanted to marry me when I was still very young” and had not yet finished school.

While scared of both FGM and early marriage, Miriam says she ran away first and foremost from the marriage, because marriage means a girl has no other future.

First she ran to a district officer (head of area law enforcement), but he had already communicated with her father and knew she was coming. He told her “don’t come to me,” so she ran even further, to Kilgoris. There, she approached the district commissioner, who in turn called Counselor Caro, a woman well known for rescuing girls.

Three years later, Miriam is in form 3 at Socio High School in Kilgoris, the same high school Kakenya Ntaiya herself attended. Her school fees are paid (most of the time) by money that Counselor Caroline procures from the County Counsel. Counselor Caroline also takes care of her on holidays, and supplements the money from county counsel with anything else she needs, out of her own pocket.

These days Miriam is not in contact with her parents; they would have liked the opportunity to use her to accumulate property, so they now consider her a “complete waste.” She is in occasional contact with her older brother, who gives her some emotional (but not financial) support. She misses her family intensely and is clearly deeply saddened by the rejection she has, in a way, brought upon herself.

For now, the girls that continue to flow in to Caroline’s care have become a family of their own, sisters who support each other in a way that no one else can. Miriam was one of the earliest arrivals, so she feels a pride in being able to help orient new girls who have more recently gone through the trauma of escaping similar fates. Ranging from age 11 to 17, some of the escaped girls I spoke to at Caroline’s had no idea that female circumcision or forced early marriage were illegal until they were rescued and spoken to by child rights officers. None of the girls had known about other girls having run away before themselves, and all were surprised by the fact that so many other girls were in the same situation.

Miriam tells me her story with strength both in her muscular posture and in her face, as she grits her teeth, holds back tears, and seems to use her ability to control how she tells her story to hold herself together. Gesticulating dramatically forward, Miriam explains that some day in the future, after she attends university, she has faith that her parents will see the sense in her decision. Miriam would like to be a lawyer so that she too can help girls escape the oppression of custom. 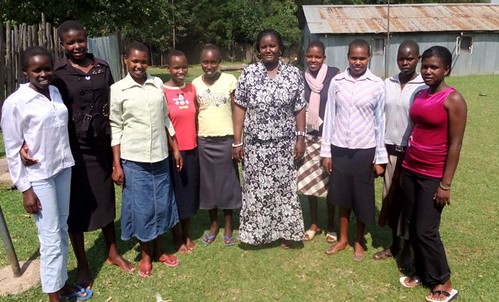 I firmly believe that supporting girls like Miriam, and making a resource and rescue centre available in rural areas, would be an effective way to empower girls in a community where so few know their rights and so few have someone to whom they can run. Rescuing girls might be a role well suited for the Kakenya’s Dream organization, and many of us are hoping to see the organization be able to offer support to girls like Miriam in the future.