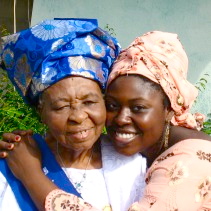 In the summer of 2006, Candy Agu was a successful IT Executive, but the desire to have more control over her career path compelled her to change course. The question of what entrepreneurial path to follow loomed large, however, until one night, when her son urged her to explore the toy and game industry through a dream. After much careful research, she decided to heed his advice and establish two separate, but connected, business entities in that precise sector.

The first, Party in a Box Limited, is a thriving party supply and gift retail outlet. The second, Adpete, is an educational toy and game manufacturer. When Mrs. Agu first launched Adpete in 2008, she soon realized that the country’s inadequate road network and power sector, would made it impossible for her to manufacture domestically and remain competitive, so she decided to outsource production abroad. Within the next five to ten years, however, she is hopeful that improvements in the country’s infrastructure will enable her company to begin domestic production.

Technical issues aside, Mrs. Agu’s gender has posed a unique set of challenges of its own. Given Nigeria’s fiercely patriarchal social structure, she has found that business women like herself often struggle to be taken seriously when it comes to negotiating and securing financing, for example. However for Mrs. Agu, the key to overcoming these hurdles has been to leverage the characteristics that set her apart from her male counterparts, such as her attention to detail, ability to multitask and manage effectively.  From her perspective, once other female entrepreneurs learn to do the same, the tables have turned.

For more about how Candy Agu made it as a female entrepreneur in Nigeria, check out this video!