Women murdered by men “who loved them”

“Young person, 23, dies at hands of boyfriend” titles a recent article in El Tiempo. Two short sentences – that’s it –  saying the woman was murdered because of what seems to be infidelity. The article is a perfect example of the way the media portrays domestic violence that ends in death: an individual tragedy, an isolated case, a simple, horrible homicide.

Although it is indeed a tragedy, it isn’t isolated. According to a recent study by Casa de la Mujer, a Colombian women’s organization, between 1,200 and 1,500 women are killed every year in Colombia – three a day – and only 16% of these murders can be attributed to “armed groups”. Many of them were committed by men who said “they loved them”. 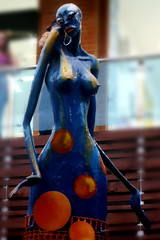 Last Thursday, I met with family lawyers at Asopropaz (Asocación de Profesionales por la Paz), an organization that encourages peaceful resolution of conflicts and works with domestic violence cases. They were surprised by the “armed” side of the Disarming Domestic Violence campaign and didn’t seem convinced that firearms are an issue in Cali. “In Colombia, it’s not like in Canada or in the United States, where there’s a gun in every home”, they said. They argued that only delinquents, gang members and the rich own arms in Cali – and never use them in their own homes. To them, most people in the poorest neighborhoods can’t afford guns and are more likely to use knives when they become violent.

Yet today again, the headlines of El Pais, Cali’s main newspaper, affirm that there are about 200,000 firearms in Cali, which is equivalent to one for 10 people! Contrary to what the lawyers at Asopropaz said about the importance of knives, statistics from the Social Observatory of Cali demonstrate that 90% of murders are committed by firearms, which people can acquire by a variety of means, including stealing and making them themselves.

The Disarming Domestic Violence campaign aims to make the link between the presence of firearms in the home and violence against women, which is not obvious to everyone. Many women choose to live with men who own guns because it makes them feel safer or because it gives them a sense of increased influence and status. In reality, statistics show that a woman is three times more likely to die at the hands of her partner if there’s a gun around. It may seem surprising that someone would use a gun against someone they love or live with. My professor Nancy Workman commented on my first post, “all families fight, and they all tend to fight about the same issues”: in the heat of passion, jealousy, anger, everyone acts in ways they later regret. If there’s alcohol or drugs involved, the situation gets worse. If there’s a gun around, well, you already know the statistics. Even more common than murder, a gun can do a lot of psychological damage and bolster other forms of domestic violence, as I’ve written in another post. 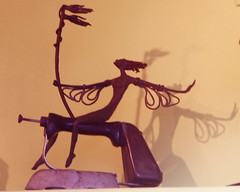 Collecting data in Cali on armed domestic violence will prove to be very challenging. “When a woman is killed by her partner, the crime is officially registered as a ‘homicide’ and not ‘domestic violence'”, explained a psychologist from Asopropaz. Both guns and domestic violence are complex issues with deep psychological ramifications. Domestic violence involves bounds of affection and obligation. As for guns, studies show that, in addition to wanting a firearm for self-defense, men who feel socially marginalized and disempowered are attracted to the power and influence associated with owning a gun.

This campaign is not an easy one. The disparity between the lawyers’ perspective and the statistics is disconcerting. Who is right? Could the lawyers simply not be aware of the reality in the neighborhoods? Or are the statistics in El Pais skewed? Hopefully, by the end of the summer, I will be able to answer these questions. Most likely, I will find truth in both. In the meantime, Asopropaz has agreed to support the campaign and help in data collection, and tomorrow I hope to discuss with them the articles in El Pais.