A Barrier to Peace

All of these terms used to describe the structure that separates the West Bank from Israel. Palestinians tend to use terms like apartheid wall. The Israelis call it a security fence, there for their protection. The UN has coined a more neutral term, “separation barrier.” For certain sections of the barrier, all three of these terms could appear most accurate.

The most common misconception about the wall is that it exists to separate Palestine (the West Bank) from Israel – to create a border of sorts. In reality, the wall isolates areas of the West Bank such as the Jordan Valley or the city of Qalqilya in “military zones,” completely cut off from surrounding territory.

I briefly saw the wall when I first crossed into the West Bank at Qalandia Checkpoint outside of Ramallah, but Nablus is removed from its construction. There is no place in the city from which you can see the wall. Traveling to a place like Bethlehem, where the wall went up 3 meters outside of people’s homes over the course of one day, I had quite a different experience. 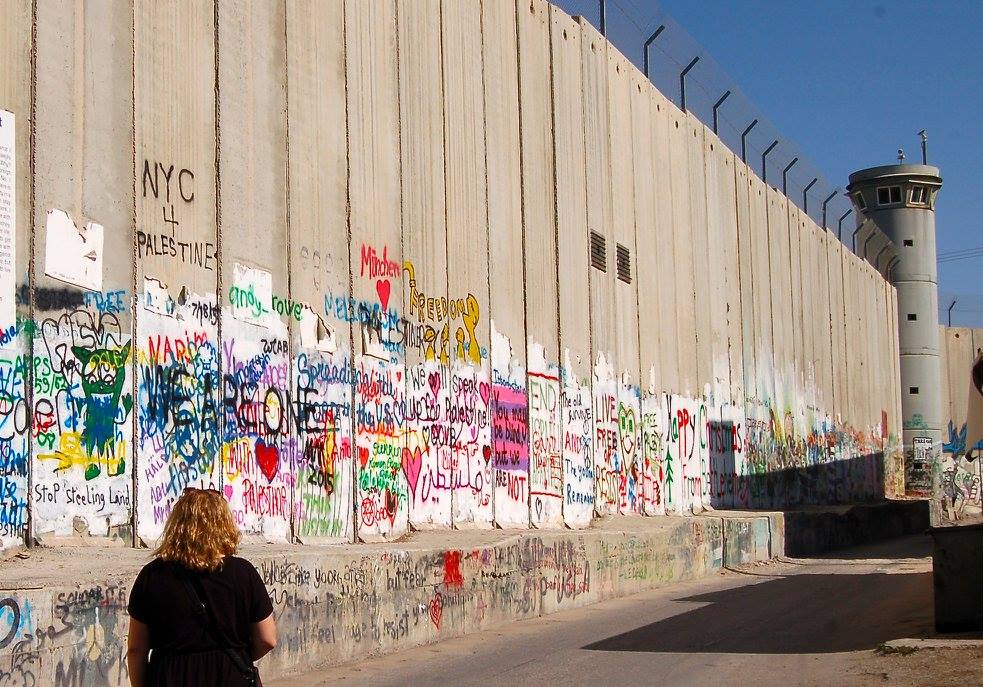 A section of the wall along the border of Bethlehem. Here the wall is 8 meters (roughly 26 feet) high and has many military towers along it. Many families describe how the wall went up outside their homes in a matter of a day, with absolutely no warning.

There are three important lessons I have learned about the wall:

Lesson Number One:  The barrier does not create a border.

Lesson Number Two: The barrier has not always been here

Lesson Number Three: The barrier is not simply a wall

The wall does not mark a border. It is a tool of the occupation used to isolate Palestinian communities and claim more territory in the West Bank. It is the largest barrier of its kind in history, far longer than the Berlin Wall, one of the most common comparisons.

Eleven years ago, the barrier was declared illegal under international law before the International Court of Justice. Yet despite this ruling and condemnation from the UN, construction continues. The wall continues to demonstrate Israel’s impunity in front of the international community and creates a very literal and physical barrier to the possibility of eventual peace. 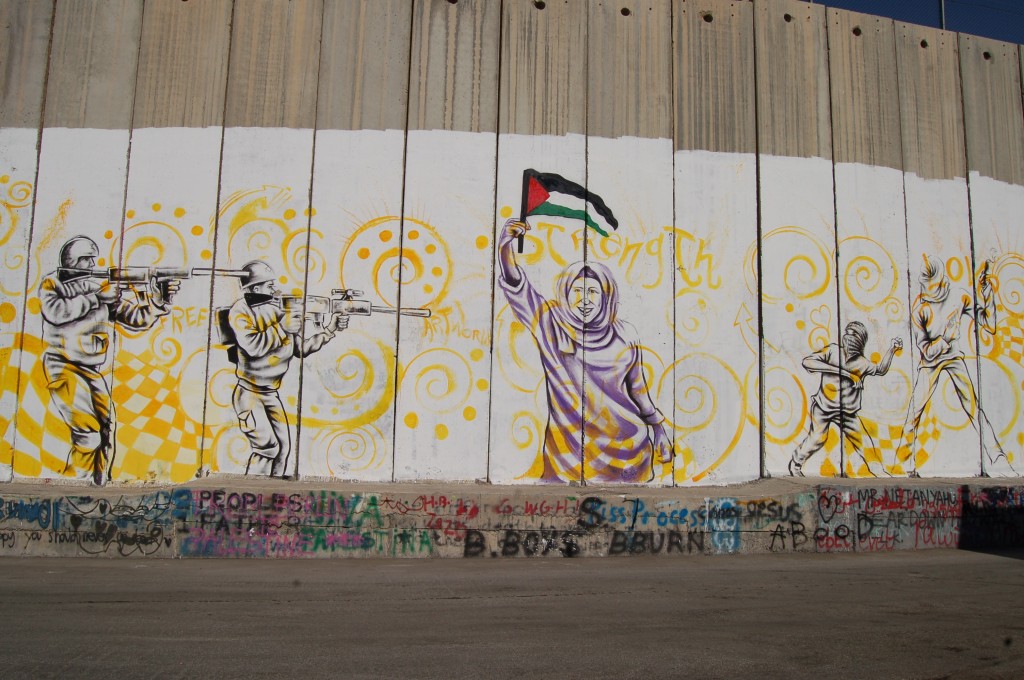 The larger sections of the wall (predominantly on the Palestinian side) are covered in murals and graffiti. Some of the most famous murals (although not this one) were painted by the British artist Banksy. 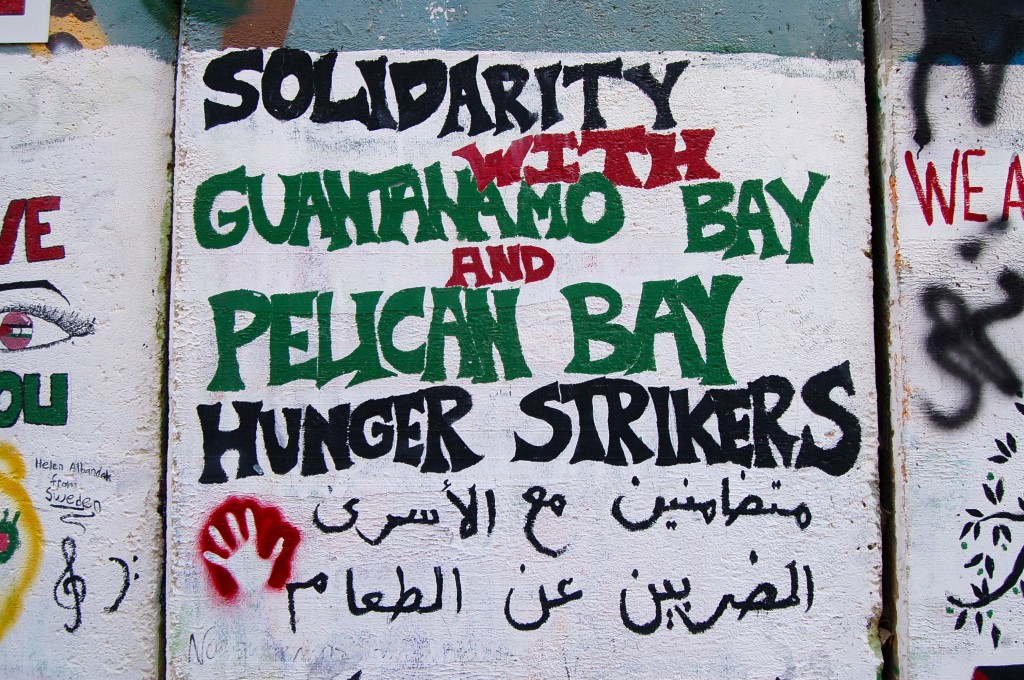 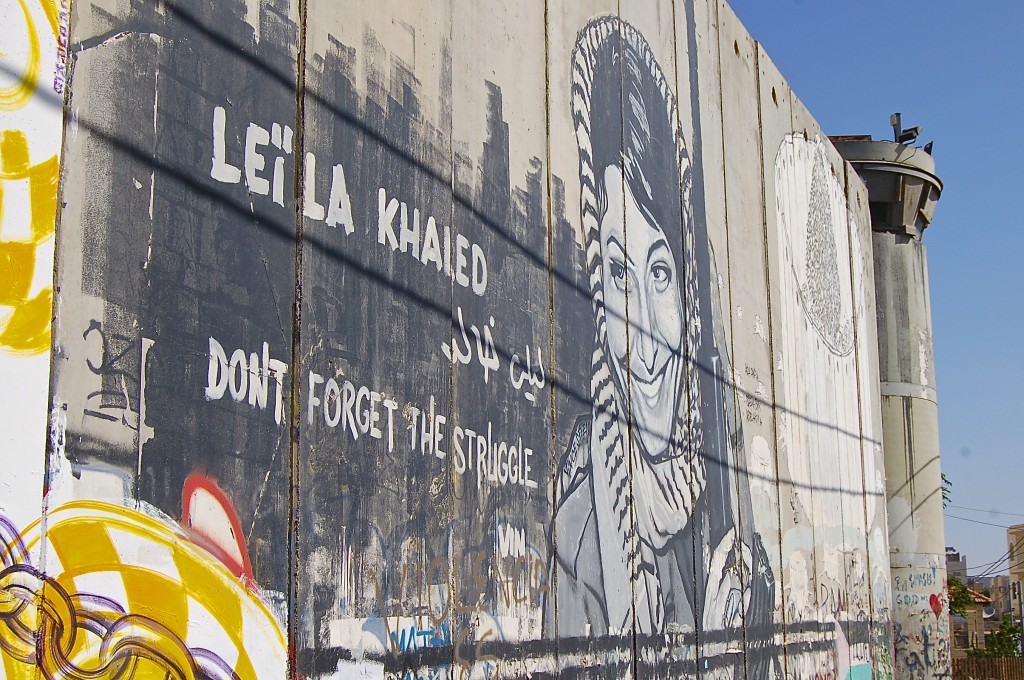 An image of Leila Khaled, a Palestinian women active in the resistance to the occupation, famous for her role in plane hijackings in 1969 and 1970.