“A voice for the voiceless”, local, feminist-style

Every first Tuesday of the month, Infogénero, an NGO whose aim is to “feminize communication”, invites organizations of all types for a “sala de redaccion” (editorial room). The goal is for civil society organizations to share their agendas, discuss ways to work together, produce campaign materials and construct a common communications agenda. Once they’ve brainstormed together in the editorial room, Infogénero works on getting media coverage of the campaigns. 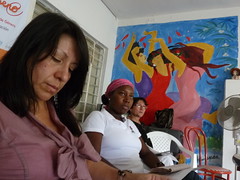 Successes from the very first Sala de Redaccion in June include planning and broadcasting the “We Women Want Safe Cities” campaign and getting it on the front page of several major newspapers in Cali and making an 18 minute video of sexual violence in the armed conflict in Colombia. “When we get together, we enrich our communications agenda,” explained Adalgiza Charria, from Infogénero. 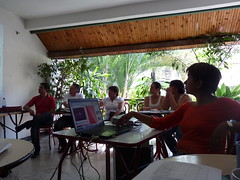 At the meeting I attended, I was incredibly impressed and inspired by the activists’ passion, ideas and dedication to the issues. Sitting in a circle, drinking coffee were representatives of women’s rights and feminist groups, including a feminist film and theater group, gay rights groups, as well as representatives of non-violence groups, the mayor’s office and community and cultural organizations from various neighborhoods. 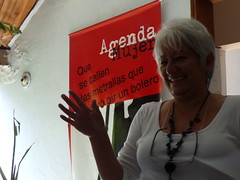 I was struck by the similarities with The Advocacy Project’s mission. “Our work, our agendas, are never reflected in the media,” declared Adalgiza. “They don’t tell our story. We have stories to tell, other stories and other ways of telling, that are different from a journalist’s perspective.” 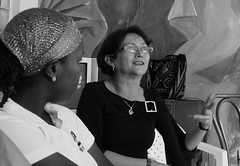 Although their main goal is to improve public policies for women in Cali and get women’s ideas, agendas and concerns in the media, Infogénero is also interested in working with other social campaigns that don’t necessarily focus on women. “We need to democratize information and bring our stories together”, Adalgiza insisted.

In addition to producing information from a feminist perspective, Infogénero aims to raise awareness about the importance of communication and train activists to tell their stories and convince in “three minutes or less”. “We don’t have resources for communication, but we don’t have to be professionals. We must lose our fear of communication. Filming, taking pictures, writing press releases is easy,” emphasized Adalgiza. 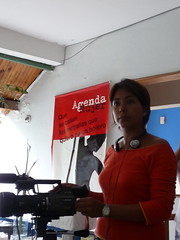 “Communication is not just talking, it’s also acting,” she added. “When we marked the various regions in the city, it was an active, alternative form of communication that was very powerful.” (see the video “We Women Want Safe Cities”)

After watching videos and discussing the achievements of the first Sala de Redaccion, activists began introducing their agendas and campaigns and debating possible forms of action and partnership. A central part of the discussion was how to change traditional, constructed views of gender, including what it means to be a man in Colombia. In this context, I was easily able to introduce the Disarming Domestic Violence campaign. The link between guns and constructions of masculinity really hit home with many of the activists. 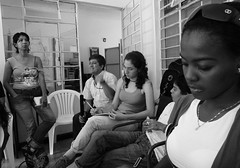