After living in Enoosaen for almost 3 months, I can hardly claim that I have a nuanced understanding of the local culture. However, what I did confirm first hand during my time here is the power that women have when they put their minds to something, with a good example being the number of single moms that I met who are taking care of their families and managing to support their children at school out of sheer will power. Thus, I am convinced that when enough women decide female circumcision is a practice that should be put to rest, FGM will indeed be nothing but a (sad) chapter in the past.

One of these strong-willed women is Rosemary Mesopir. A teacher at heart, she has worked for the past 4 years as the teachers’ advisor in the Kilgoris Division but, unofficially, she works as the local Area Education Officer, assessing the quality of schools in the region. Prior to this job she was the head teacher at St. Josephs for 6 years, and her involvement in the local fight against FGM comes from that time. 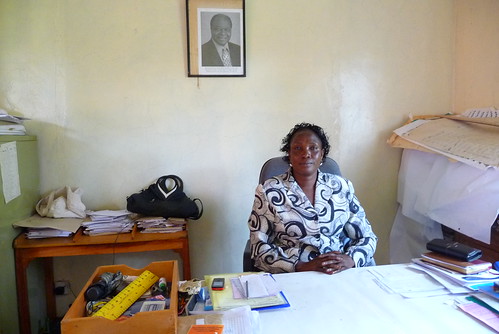 St. Joseph, as Charlotte mentioned in a previous post, is a government boarding school that doubles as a rescue center for girls who escape FGM, and Rosemary was the one who started this activity.

Although Rosemary’s mother never went to school, she knew that she wanted her daughters to be educated. Going to school unfortunately didn’t prevent Rosemary from undergoing the traditional female circumcision ceremony when she was around 12, but she says that “at the time it was not something people discussed. It was prestigious, it was painful, but it was a pain that you felt you had to go through to become a woman in our society.”

Because of the determination of her mother she was able to avoid the natural next step after FGM, early marriage, and she went back to school. She remembers that “by Form 3, I was the only girl from my village still studying, everybody else was already married.” Her mother had an elder sister who was an educator, had a job and her own money, so her mother always thought that education/work was better than marriage.

Rosemary grew up to marry a man she chose, and together they have 5 children. Even though she is the mother of 3 girls, she says that she never gave much tough to the issue of FGM until an organization called Maendeleo came to Kilgoris in 2000 and started running workshops explaining the risks associated with female circumcision. Maendeleo’s programs had the purpose of training local people who could then reach out to the community at large. They held many workshops, and made her really aware of the dangers of FGM. She says that after that she made the conscious decision that her daughters wouldn’t be cut, and she took them to the workshops as well because, as she says, “even though they were still young, I wanted them to fully understand all the consequences of female circumcision.” Her husband was worried about how his position in the community would be affected if he allowed his girls not to be circumcised, but Rosemary is a woman who can change people’s mind, and eventually her husband agreed.

Being a teacher at an all-female boarding school proved to be a great opportunity for her to reach out to girls. She used her position as a head teacher at St. Josephs to identify the bright girls in class and then tried to convince them to forget about FGM. She figured that, since early marriage is expected after FGM, if you are able to convince the parents to postpone the circumcision until after high school you can allow the girls to have time to mature and make their own decisions afterwards.

Her tactics to reach people proved to be quite effective. She chose not to be openly vocal against FGM with everyone, and instead she only approached the brightest girls at school. When I asked her why she chose to only reach a few girls, she said that “if you want to cross a river, you take a few cows first and then come for the rest later.” Head teachers have to choose the options of district, provincial, and national high schools for the graduating primary class, and Rosemary made a point of only choosing school outside of the Transmara region (mostly a Maasai area) so the girls could see what it was like to live without thinking about FGM, and see for themselves how other people didn’t think it was important.

From trying to save the girls from her own school, it was only a short step towards rescuing outside girls. She remembers that the first girl who came to her directly looking for shelter was a girl in Class 7 from a different school. Since Rosemary would use church meetings to also explain the risks about FGM, people were aware of her involvement with the issue, so it was natural that other girls would come to her for help. She is quick to point out that her talks were very technical, highlighting the advantages of keeping the girls in school and “postponing” the decision to be cut, and she stresses the importance of not being openly against FGM at the time for fear of alienating people. She played with the parents’ fears of having their girls raped, abused, or forced to get married after having them circumcised in order to convince them to keep the girls in school longer.

After the first girl came and was successful, others came in more and more, and soon enough she had around 12 girls living at St. Josephs. The District Commissioner had to work with the local Chief to convince the parents to protect and pay for the school fees of those girls. Not long after this, someone run a story on her in the newspaper, and then some sponsors started to help. By then, other than school fees, she was covering all other expenses of these girls.

After a few years, Rosemary decided to apply for a promotion so she could still be in touch with students, but now covering a larger area in the division. After all these years, she doesn’t feel there has been much change since FGM still goes on, and there is still need to rescue girls. 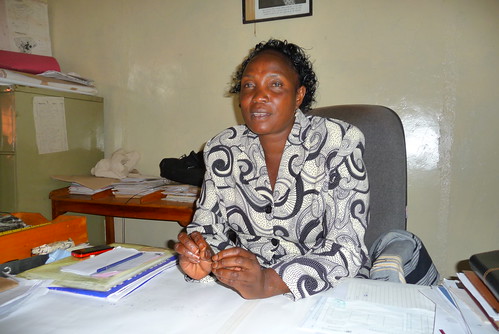 But she is not a pessimist at heart, and she does hope that things will improve with time. She mentions the efforts of the local religious establishment as very positive, and also says that having the Maasai compare themselves to other tribes who either don’t adopt FGM or have abandoned the practice is useful too. Many girls nowadays marry outside of the tribe, and often they will be surprised to learn that in their new neighborhood they will be the only girls who were circumcised. What is important, she highlights, is to help the girls have the information to decide for themselves.