CW: This article contains content that may be triggering for some. It mentions Rape, Abuse, and Slavery.

I was fortunate enough to meet Aissata Ndiaye through Fatimata “Neene” Sy, one of my initial contacts in Senegal. Fatimata saw Aissata speak intimately about her experiences trying to migrate to Europe during a news interview on television one day. Fatimata, who is well-connected with various organizations and associations throughout Senegal, found Aissata’s number and called her with me. She introduced herself, explained who we are, and set up a time for all of us to meet. 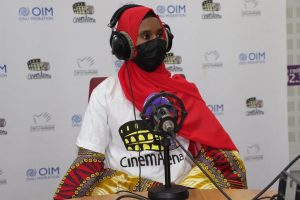 Upon meeting Aissata for the first time, I immediately admired her passion and devotion to supporting the next generation of Senegalese youth. We met with a number of returned migrants who all experienced difficulties while attempting to reach Europe. The meeting consisted of a group of women who had migrated, often being exploited or abused during the journey.

After we introduced ourselves and spoke about our work and objectives, the women opened up about their experiences. They talked about wanting to support their families and the lack of opportunities available in Senegal. They also expressed their frustration with racism, the persistence of forced labor and slavery, and various forms of physical and sexual abuse that often occur when migrating to Europe.

One woman, Hawa Bah (name changed to protect her identity), remained quiet throughout the meeting and left halfway throughout the stories. Aissata later explained her situation. Her family had arranged a marriage to which she did not consent. They expected her to drop out of school in the process. One night she stole one of her family’s cows and sold it to fund her escape to Europe. She took the land route from Mali, to Algeria, and eventually to Morocco. She was captured there, imprisoned and raped continuously for days before her friends helped her escape. Aissata explained how Hawa has been unable to return to her family, who blames her for her being raped and is unwilling to accept her. Aissata tries to support her, but it is difficult without consistent work and chronically low wages. She explained how Hawa needs mental health services, but has not received any support from organizations or the government. Unfortunately, this story is not unique; all of the women who met that day shared similar stories of abuse and turmoil. Traveling to Europe through irregular routes is dangerous, and European policies make it even harder. 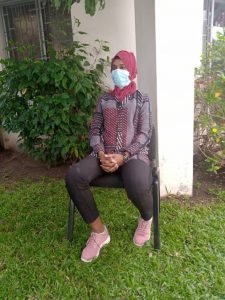 Aissata recounted her story and the difficulties she encountered along the way as well. While not possible for most, she originally received a visa to study in Russia and lived in Moscow for a year as an international student. She explained how education is undervalued in Senegal because even those who study hard and graduate cannot find work. The only education path that can secure a stable job is to study abroad. Even so, she explained how pernicious racism was and the difficulties she faced while abroad. She, too, didn’t want to go into detail about her experiences in Russia, but explained how Western Europe seemed a more viable option for her to continue her studies. Unfortunately, she wasn’t able to secure a visa and was left with few options. She ended up risking the dangerous crossing from Morocco to Spain in order to seek asylum and continue her studies afterwards. She coordinated with someone to smuggle her into Spain, and then left Russia for Morocco.

Once in Morocco she was brought via “auto mafia” to a hiding place along the coast of Morocco. She then boarded an inflatable eight-person dinghy with twelve other migrants. While onboard, the weather changed drastically and a storm threw them off-course. They were capsized and five migrants lost their lives (four Senegalese men and one Ivoirien woman). The survivors were brought to the hospital. Quickly afterwards, however, they were imprisoned, tortured, and made to walk from Oudja, Morocco to Algeria, and then was brought to Niger. It wasn’t until they arrived in Niger that IOM intervened and sent them back to Senegal. They were promised support by the Senegalese government, but have received nothing to-date.

Since her return, she has been an active volunteer, advocating for social and educational reform to better support Senegal’s youth. She formed Mouvement Jeunesse Nouvelle Vision (New Vision Youth Movement), a youth-based advocacy association, with other returned migrants in order to promote social change among Senegalese youth. She explains how youth lack employment opportunities and see no viable future in Senegal. International and national projects have failed them and most see emigration as the only chance to support their families. She references failed government agreements to sell fishing rights and how they have stripped many coastal communities of their ability to make a living at sea. The result has demoralized Senegalese youth. These projects have convinced many that the government won’t implement programs that benefit them, and actually make it harder to support their families. This mentality has become ingrained in the culture of the current generation.

Aissata hopes that her association will be able to work across Senegal to address the gaps left by government projects, fostering a new vision for the future that focuses on creating opportunity and investing in Senegal among local communities. She explained how hard this process will be given the lack of current opportunity, the problematic development projects currently underway, and the lack of morale.

Her vision for the future involves working directly with rural communities and women to develop their own projects. She hopes to foster an environment where everyone has access to educational opportunities that will lead to actual work. She believes that with the right environment and proper support, people will stop risking their lives to migrate to Europe. “It is absolutely possible. I have a lot of ideas. We have the land, water, and space to work and support our families, but without assistance from the government and organizations we can’t do anything. We need support to realize our new vision.”

I have confidence that if projects in Senegal shifted focus, and supported and invested in women like Aissata, that there would be much more opportunity and support for the most vulnerable populations. Aissata collaborates with several groups to foster the change she hopes to initiate within her community and beyond. She has a clear vision, but lacks the resources necessary to initiate these programs. She explains that the truly marginalized are often excluded from development projects, but hopes to change that—mobilizing volunteers in every region, every ethnic group, and every language to realize a new vision for a better and stronger Senegal.