Oscar Alvarado (The Coalition for Gun Control): Oscar is a dual citizen of Canada and Panama whose academic, professional and volunteer work has taken him to all continents. He is fluent in English, Spanish and French. After receiving his BA in Biomedical Science and Economics from McGill University, Oscar spent a year in Kazakhstan as an English teacher with the United Nations Volunteers. He then earned an MA in Environmental Security from the UN University for Peace in Costa Rica. Prior to his AP fellowship, Oscar also interned at the Security Governance / Counter-Terrorism Laboratory of the United Nations Interregional Crime and Justice Research Institute (UNICRI) in Turin, Italy.


And Now Up For Battle: The Long-gun Registry

Democracy Inaction!
One of the first things that I experienced while working with the Coaltion was going to Ottawa to hear some testimonies in front of the Standing Committee on Public Safety and National Security (SECU) regarding Bill C-391. Bill C-391 is a so-called “Private Member’s Bill” put forward by Conservative MP Candice Hoeppner that seeks to amend the Criminal Code and the Firearms Act (and by doing so repeal the long-gun registry). The reason most people view Bill C-391 as “Private Member’s” in name only is because the Conservative party has continuously used the gun registry as a rallying tool for its base, supporting it with aggressive advertising campaigns. This is also an issue which the Prime Minister has consistently promoted and is commonly mentioned during election periods as part of party platform. 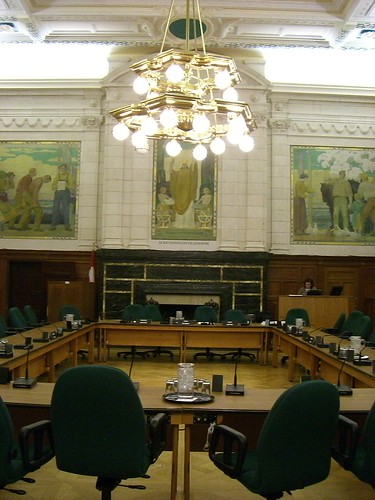 So, what does Bill C-391 propose?
* To repeal the registration of unrestricted firearms. This category of guns includes rifles and shotguns, such as the powerful semi-automatic Ruger Mini-14 used in the Montreal Massacre.

* There are no provisions in this legislation to reinstate the requirement that businesses keep records of sales. This has been a requirement since 1977, and was removed when the Firearms Act passed in 1995 as the information would be contained in the registry. Without this information there is no way for police to investigate the source of rifles and shotguns used in crime.

* There is no mention of erasing data currently in the registry, yet the Firearms Act has provisions that could make it possible for this to happen through certain regulations, and it is also unlikely that the regulations on privacy and personal information would allow the RCMP to keep information they would no longer be allowed to obtain. Even if the RCMP could retain the information, it would quickly become stale and its utility to law enforcement would be compromised. 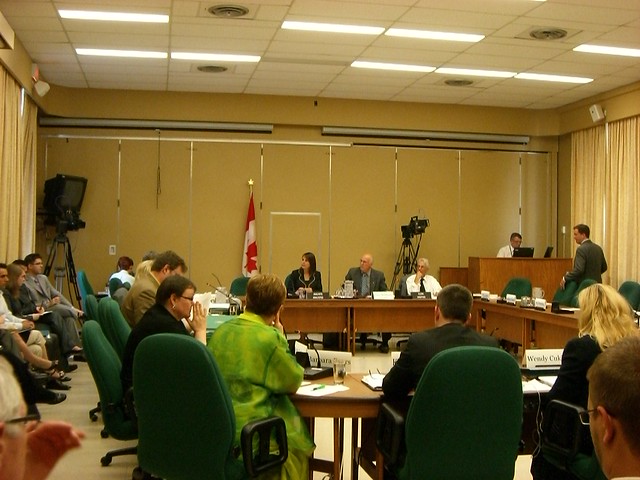 So, in front of 12 MPs from all parties, expert witnesses set out to testify for and against the long-gun registry. On the registry’s side were victims advocates, public health officials, police chiefs, union leaders and women’s groups (full list of all witnesses form both sides available at: http://bit.ly/9kOORV).

Opposing the registry were the leaders of gun and hunting associations, individual police officers and rural Members of Legislative Assemblies (MLA). Oh, and Prof Mauser (below), a government adviser who is adamantly opposed to all forms of gun control:

Yes, the Liberals completely mismanaged and overspent the initial implementation of several aspects of the Firearms Act: httpv://www.youtube.com/watch?v=aX6XMIldkRU
They may also have played political side-games with it for the sake of further pummeling the Conservatives in that 93 election, which Kim Campbell did not deserve.

But the investment and hard work has already been put in and to throw away all the accumulated data the registry has obtained would be an even greater waste of taxpayers’ dollars. This is especially true when one considers how often police officers and attorneys use the registry on a daily basis. And it’s not as if the Conservatives would ever play political games with public safety, right?

In contrast to the Conservatives’ ideological approach to the long-gun registry, the public safety implications of this issue means it practically makes sense to keep the registry and continue improving it. After all, it is just one component that helps strengthen the whole range of gun control measures. Police, nurses, physicians, academics, labour groups, public health officials, victims advocates, church organization and violence prevention groups all agree.

And gun control, as part of a comprehensive strategy, is just another tool that helps reduce the frequency and impact of violence, wherever it may occur.