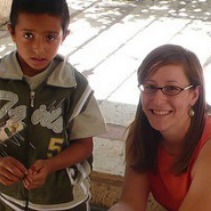 
And the work begins…but not before a little fun!

Things are finally starting to pick up. I’ve been here for 2 weeks now, and I just got my work plan signed today. The LSN-JO office has been having a Monitoring and Evaluation (M&E) training since my second day at work, which has tied up my main point of contact in the office, who is both the Executive Assistant and the M&E Officer. For the purpose of confidentiality, I will simply refer to her as D. Last week, D was able to take a short break from the training and we sat down with the Executive Director (ED) to discuss my work plan. It turned out really great as they were both really excited about the services that AP provides and what I would be able to help them with. It was very uplifting to know that they are excited that I am here to work with them. Unfortunately, it took another week to get the work plan signed, but as soon as that happened this morning, we began moving forward.

In other news, I had a great weekend. There are two staff members from LSN headquarters in DC here conducting the M&E training, and the three of us decided to do a little sightseeing over the weekend. On Friday we went to Jerash, which is about a 30 minute drive north of Amman. It’s described as one of the best-preserved Roman cities in the Middle East, being formed much as it stands today during the first century AD. The picture below is from Jerash, but to see more go to my Flickr account at http://www.flickr.com/photos/ksirman/. 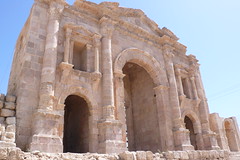 On Saturday we were joined by an employee of LSN-JO, who took us all over the place. First we went to the Dead Sea. Although we went to the public beach, we got there early enough that it wasn’t crowded and there weren’t many onlookers to stare at us girls in our Western-style swimsuits (even though they were one-piece and we wore shorts over them). This was quite an amazing experience. It is simply fascinating how you can be standing in hip-deep water and you are struggling to keep your feet on the ground! 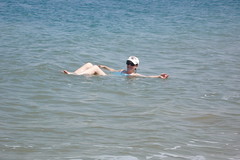 Unfortunately, being in the water isn’t as relaxing as it might seem because of how hard you have to concentrate and hold your head up to avoid getting the salty water in your eyes. If this happens, you’re basically done for and have to get out and rinse off. Nonetheless, having this experience is definitely worth five minutes of burning, salt-splashed eyes.

After showering all the salt off of us, we went to a sitting volleyball tournament hosted by the Jordan Paralympic Committee. It’s called “sitting” volleyball because all the players have either leg amputations or disabilities and are thus sitting on the floor to play. To accommodate them, the net is lowered and the playing area is decreased. 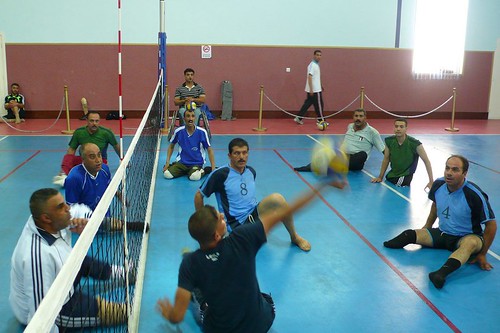 I was in absolute amazement at how quickly these men were able to maneuver around on the floor with only their hands, chasing after the ball and giving each other high-fives and slaps on the back. And the best part about it was that they were all having a great time. It was definitely inspiring to observe how much fun they were having and how normal they felt, especially knowing that they were there that day because they crossed paths with a landmine or were in a terrible car accident or lost their limb(s) to cancer or diabetes or were simply born that way.

Fortunately, the Jordanian government has disability laws in place and has ratified the UN Convention on the Rights of Persons with Disabilities. There are also several government-supported entities that work on the rights of people with disabilities (PWD). These include the National Committee for Demining and Rehabilitation, the Higher Council for the Affairs of Persons with Disabilities, and the National Centre for Human Rights. With the recent entry into force of the UN Convention on May 3, 2008, these and other organizations, governmental and non-profit, throughout Jordan have begun working on strategies for supporting the implementation of the Convention and developing action plans for incorporating it into their current services. I feel very lucky to be working on disability rights issues in Jordan at this moment in time as this topic is at the forefront of the national agenda.