Networking has become quite the buzzword in today’s globalized world. As a graduate student soon to be back in the job market, I am constantly reminded of the importance of networking. This word is the ‘bread and butter’ of the modern job search process, and a necessary survival tactic in an increasingly interconnected job market.

As an organization, VIKALP has done a lot of networking throughout the years. This has been a wonderful way for Vikalp to build its constituency and spread its message, thereby helping to transform the culture of Gujarat. The following is a list of some of the major campaigns that Vikalp has been involved in, demonstrating the scope of their work.

During the tribal celebration of Holi in 2005, Vikalp set up booths in the tribal villages to share information on the Domestic Violence Act of 2005. Vikalp also organized a street play to promote awareness of this issue. The play brought to light the widespread cultural belief in witchcraft. In many parts of India, women who are seen as deviating from the rigid gender norms are often declared to be witches, resulting in abuse, violence, and not infrequently, murder. Through this street play, Vikalp helped to foster a public discussion of this terrible practice.

Vikalp is also a member of the Aman Network. Aman means ‘peace’, and this network is a nationwide association of organizations that works to stop violence against women. Click on any of the photos below to link to Vikalp’s set on the AP flickr site! 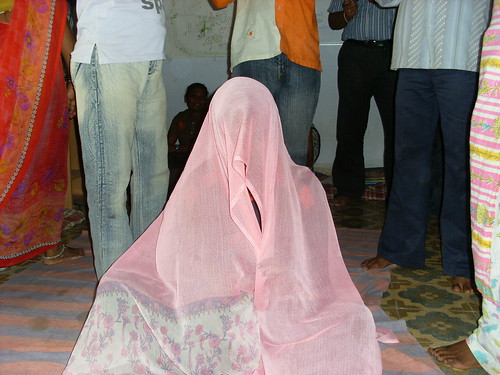 Alternative housing for the poor

After local slums were demolished in 2005, Vikalp held a campaign for alternative housing for the poor. The demolition occurred because the slums were accused of causing flooding. The slums were destroyed without notice. In addition, the municipal cooperation had passed a resolution stating that when slums were demolished, alternative housing would be provided to the slums’ residents. This did not happen, however, so Vikalp protested along with other social justice organizations. As part of the protest, Vikalp collected ration cards and electricity bills to prove how long the residents of the slums had lived there. The organization also filed a case with a local lawyer. The case was won and the government built new housing for the residents of the slums.

During an initiative to help single women in 1999, Indira noticed an increase in the number of women who were coming to Vikalp for help in claiming widow’s compensation. After investigating the issue further, Vikalp discovered that the deceased husbands of these widows had all worked in a factory that processed silica stones in Godhra. They had developed severe respiratory problems from this work, which was thought to be the cause of death.

Vikalp was able to prove that these men were contracting silicosis from the silica in the factories. The state government, however, claimed that these men were dying from tuberculosis. Vikalp then decided to file a public interest litigation (PIL) with the Gujarati High Court so that the state would investigate the cause of death in these miners. After the investigation, the state confirmed that the men were in fact contracting silicosis. Vikalp then worked to educate the workers on the occupational health hazards of working in these factories.

Vikalp’s work in the tribal villages of rural Gujarat brought light to the fact that there was a high prevalence of sexually transmitted infections (STIs) in rural and tribal areas. Because HIV/AIDS prevention is such a high priority for the Indian government, the government of Gujarat selected Vikalp to administer an HIV/AIDS project in these areas. This project involved research on the health of men who have sex with men (MSM) and sex workers.

Vikalp also participated in a government HIV/AIDS campaign. Reliance, a large company in India that runs everything from a major grocery store chain to an internet and cell phone service provider, received a contract from the Gujarat state government to do HIV/AIDS training with the state’s police forces. Reliance hired Vikalp to do one such training on HIV/AIDS, sexuality, and gender. 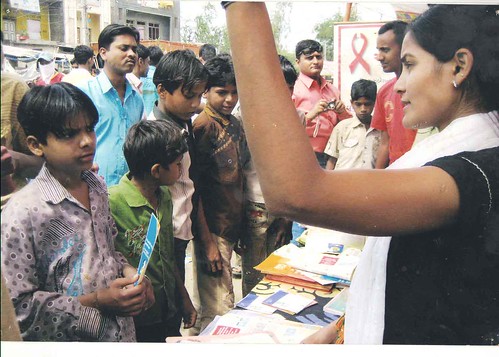 The Immoral Traffic [Prevention] Amendment Bill (ITPA) of 2006 criminalizes the trafficking of persons for any purpose. While Vikalp agrees that trafficking should be illegal, the organization also believes that this bill criminalizes prostitution. To defend the rights of those who choose to participate in sex work, Vikalp took part in a campaign in collaboration with national level organizations to oppose this bill. Vikalp believes that separate bills should be created, one for the prevention of trafficking and one legalizing sex work, so that the rights of sex workers are protected while human traffickers are criminalized. 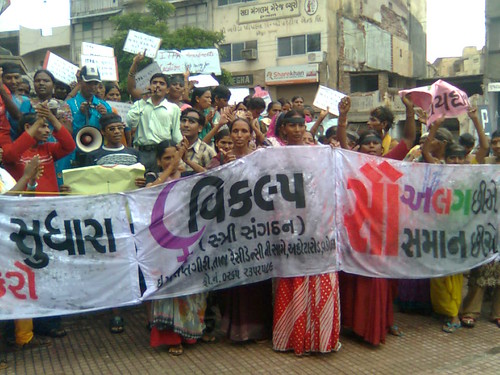 Section 377 of the Indian Penal Code

Section 377 of the Indian Penal Code (IPC) litigates against “carnal intercourse against the order of nature”. While not explicitly mentioning homosexual behavior, this section indirectly criminalizes homosexual relations, and has been used to this extent. However, this section has also been used to litigate against the sexual abuse of children, since the IPC has no other law addressing this crime.

The Naz Foundation, a Delhi-based nonprofit organization whose mission is to prevent the spread of HIV and AIDS, filed a public interest litigation (PIL) against section 377 of the IPC in 2001. They argued that section 377 violated articles 14, 15, and 21 of the Indian Constitution. In 2009, the Delhi High Court upheld the Naz Foundation’s claim, ruling that section 377 of the IPC is unconstitutional and discriminatory towards homosexual acts between consenting adults in private. This case has advanced to the Indian Supreme Court, but a decision has yet to be made.

Vikalp is a member of the Forum for reading down Section 377 of the Indian Penal Code due to the fact that this section criminalizes homosexual behavior. However, Vikalp believes that, as homosexual relationships are decriminalized, child and animal abuse must be explicitly criminalized.