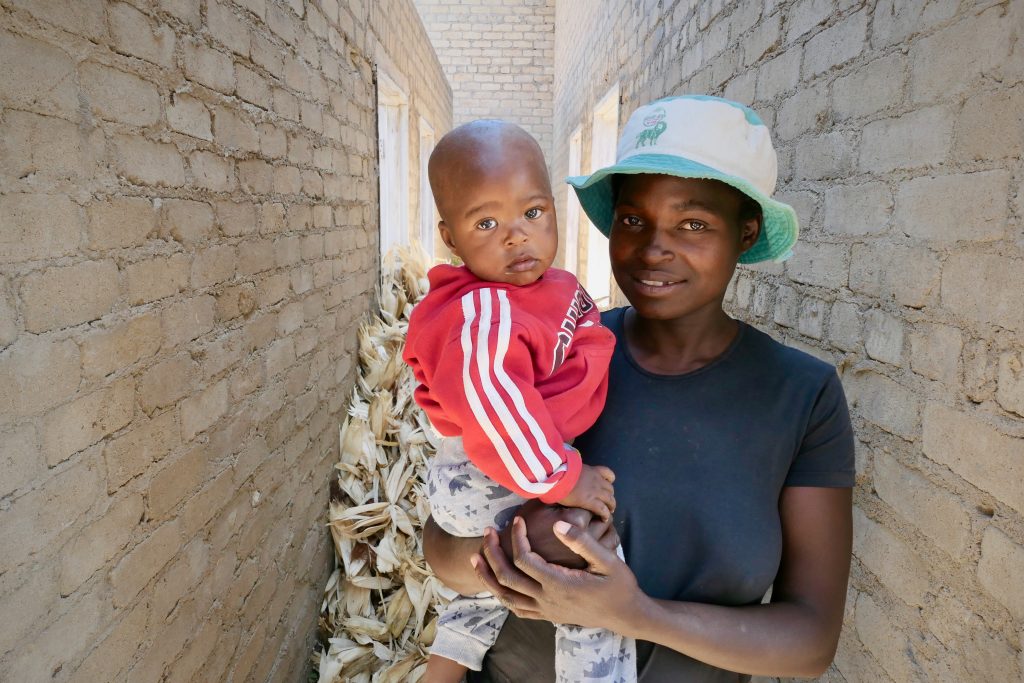 Angeline and her son in Chitungwiza.

One day, when Angeline was seventeen years old, she met her boyfriend and together they went to the market to buy vegetables. On the walk home, they were spotted by an aunt, who immediately told the rest of the family. Suspecting that Angeline might be sexually active, her relatives forced her to marry the boy.

Roughly one in three girls in Zimbabwe is married by her eighteenth birthday. Discriminatory social norms that link a girl’s perceived “purity” to her family’s honor are among the factors that push girls into marriage. According to Human Rights Watch, young women and girls who become pregnant, stay out late, are seen in the company of suspected boyfriends, or are otherwise thought to be sexually active can be forced into marriage in order to preserve their familial honor.

Stories like Angeline’s are not uncommon. Nyarayi, a young woman in Harare’s Mbaresuburb, told the Woman Advocacy Project (WAP) that when she was fifteen years old, she came home late after seeing her boyfriend. The relatives with whom she was living cast her out of the house, telling her to “go back where you came from.” Shortly afterward, Nyarayi married and left school. She had two children by the time she turned eighteen.

Girls who become pregnant are often cast out by their families, a practice that effectively forces them to marry. Tinotenda, a woman from Hopley, told WAP that she married at seventeen after discovering she was pregnant. When her father learned of the pregnancy, he threw her out of the house and she says she had no alternative but to marry.

The belief that a girl’s virginity reflects on her family’s honor is widespread and applies even in cases of rape. Evelyn, a woman in Hopley, told WAP that her parents forced her to marry her rapist because she was no longer a virgin. At the time of the assault and subsequent marriage, Evelyn was thirteen years old and her attacker was in his fifties. 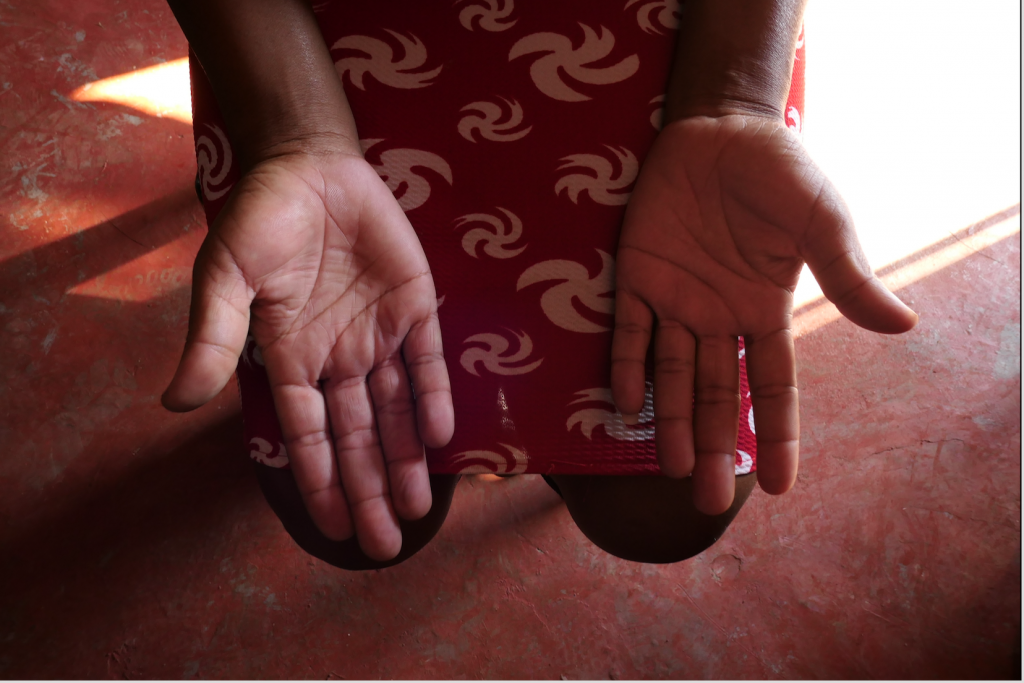 Evelyn was raped at age thirteen and forced to marry her attacker because she was no longer a virgin.

Despite a 2016 legal reform in Zimbabwe that made all marriage illegal for children under eighteen, WAP’s research shows that forced child marriages continue to occur. “Last month, one of my friends was forced to marry at age fifteen because her mother heard that she had been seen out with a boyfriend,” fifteen-year-old Immaculate told WAP in June of 2018.

In addition to providing critical mentorship and sexual health education, each of WAP’s Ambassadors Against Child Marriage will act as a first line of response if one of their peers is being forced to marry, in danger of being thrown out of her home, or being abused—another factor that pushes girls to marry young.

Ambassadors will be responsible for keeping open lines of communication with their peers and encouraging them to ask for help if one of these situations should occur. If a girl is being pressured to marry, the Ambassador will contact the Woman Advocacy Project team, who can then intervene with the girls’ parents. If a girl is experiencing abuse at home, WAP’s team will work with the girl and the appropriate authorities to protect her from further harm.

“In cases where an Ambassador informs WAP that a girl is being forced into marriage at a tender age by her parents, our team will carefully investigate the issue and enter into a dialogue with the parents,” says Constance Mugari, Executive Director of the Woman Advocacy Project. “Zimbabwean law prohibits all marriage for children under eighteen. We will counsel parents on their legal obligations and also advise them of the many dangers of early marriage that we have seen after years of working at the community level.”

Mugari adds that the majority of women with whom WAP works who were forced to marry as children end up in unhappy, and sometimes violent, partnerships. “We see often that these marriages end in separation or needing a family law attorney to help them getting divorce. Married girls almost always leave school, limiting their earning potential and leaving them extremely vulnerable to poverty if the marriage dissolves. We always counsel families that a child marriage is not in the best interests of their daughter or her children, and ultimately not in the best interest of their family.” 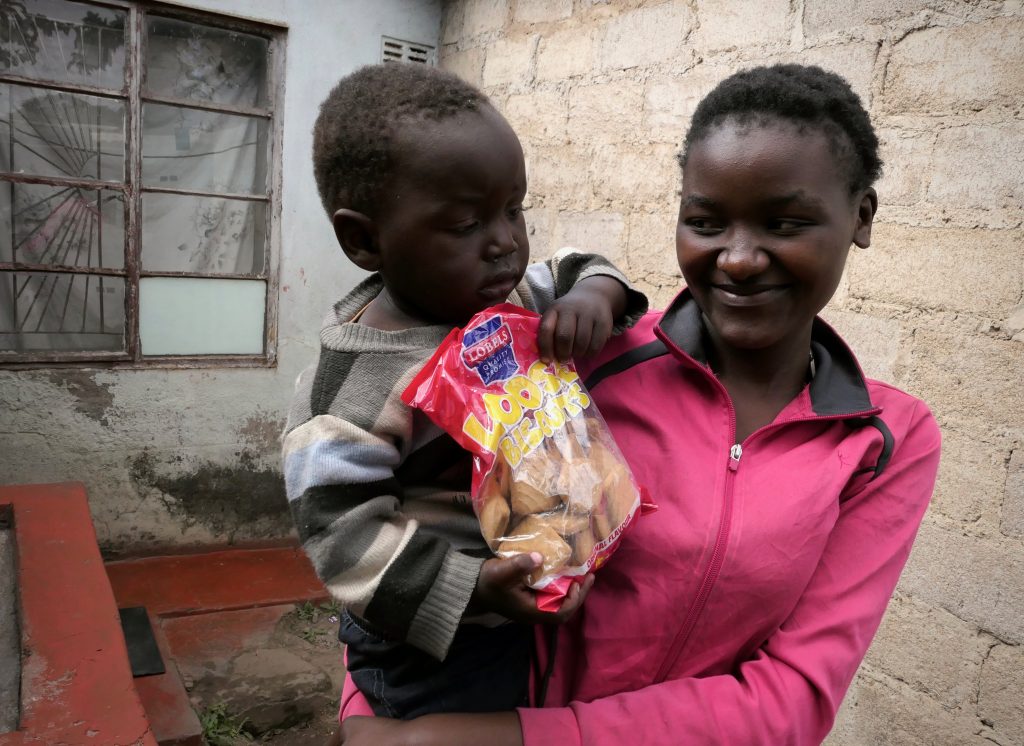 Nyarayi married at age fifteen after being thrown out of her home.