As religions and belief systems go, I had limited exposure to Hinduism prior to arriving in Nepal. In the past 5 weeks, however, I have learnt some basic principles of the religion from Prabal and trips to various temples, open to visitors such as the Pashputinath and the Golden temple.  According to Prabal, “Hinduism is not a religion, it is a way of life.” 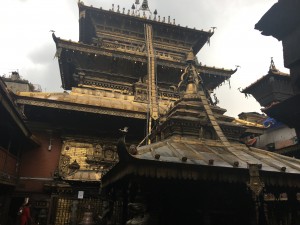 On our last night in Bardiya, as Sarita and her mother prepared us dinner in their home, Prabal, Kirstin and I discussed some of the basic principles and problems of life. Prabal posed a question to us about the philosophies of life. Listen below as we attempt to guess the four problems of life according to Hinduism.