First of all, I would like to thank all of you who have been following along and commenting on my blog. I really appreciate your interest and support! Secondly, you have posed wonderful and insightful questions, many of which I have tried to answer in the comments section. I thought it would also be helpful to put together a blog post that answers the most common questions that I have received regarding the Mahila Panch court. I hope this provides some further clarification. Keep the questions coming!

What are the advantages of Vikalp’s Mahila Panch court? What does this court do that the state courts do not?

The legal system in India is very progressive and democratic on paper. For example, the Indian constitution officially grants women the same rights as men, and it prohibits discrimination based on sex, caste, race, religion, place of birth, or the like. It also gives the State the power to take positive measures to ensure that women have access to their rights. However, these laws are not enforced, particularly amongst the poor. In the patriarchal structure, issues faced by women have traditionally been restricted to the private sphere. Women’s issues and experiences are not typically represented in the state courts. One strength of the Mahila Panch court is that it validates the experiences of and discrimination faced by women. The women’s court brings these issues into the public sphere. In addition, having women as the judges of the tribal court works to reverse the power structure and put women into leadership positions within their communities. 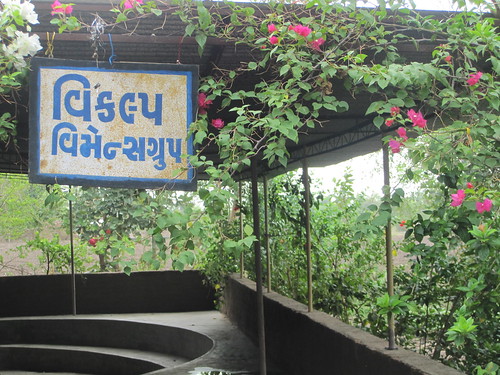 The entrance to VIKALP’s Tilakwada office, and the location of the Mahila Panch court. The sign reads “VIKALP Women’s Group” in Gujarati.

Does the Mahila Panch court work with the state legal system in any way?

A few people have asked how the state and tribal courts divide the cases up and decide which court hears what cases. That’s not exactly how it works with the tribal court. This court was created as an alternative to the state courts, not as a supplement. The tribal communities are able to take their cases to either court system – state or tribal. However, tribal communities face many problems when taking their cases to the state courts. The courts are expensive, time intensive, far away, and they are not held in the local tribal dialect. Because of this, the complainants are unable to understand the proceedings of their own cases.

That being said, the tribal court does work with the state courts in certain ways. Once the tribal court and the complainants reach a decision, the settlement is written up on official legal paper that is signed by the necessary government authorities. So the settlement is then authorized by the state and is legally enforceable. Also, the court uses both Indian and international laws and principles to make a decision on each case. So the state and tribal courts in India are not working together per say. But it is not totally black and white, and there is some overlap. 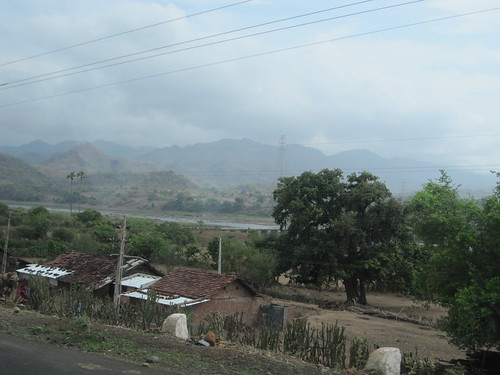 A view of Narmada, the other district that Mahila Panch and Sakhi Sangathan serve. ‘Narmada’ means ‘river’ in Gujarati and Hindi. Narmada district is home to the Narmada River, which divides northern and southern India. (The river is visible in the background.)

How are the judges of the Mahila Panch court elected?

The judges of the women’s court are leaders from Sakhi Sangathan, a registered nonprofit from which Mahila Panch emerged. They are selected by the members of Sakhi Sangathan based on their level of interest in becoming a judge, and their active participation in Sakhi Sangathan. Those women interested in becoming a judge voice their interest to the members of Sakhi Sangathan. Based on that, and their general participation in the organization, the organization selects the women that they see fit to fill this role. Once elected, the judges receive training in international, national, and human rights law. VIKALP provides this training. 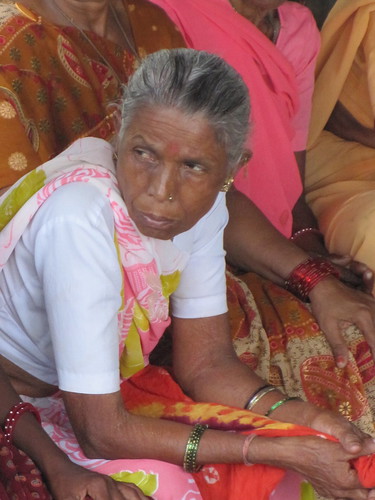 How does the tribal women’s court system address corruption?

Everything in this court system is very open and transparent due to the public nature of this system. Because of that, corruption is not often a problem. If, for example, a case is presented from a certain judge’s village, that judge is often able to help present the facts because she is part of that community. However, if that judge appears to be biased, the other judges are there to address that. That is why there are so many judges (about 15) – to address potential bias and to provide diverse viewpoints. In addition, multiple people are always sent on fact-finding missions to ensure objectivity. Various judges will be sent on fact-finding missions (not only the judge from that village) in addition to the administrators of the court (Priya and Champa in Mahila Panch).

Another thing to note is that being a Mahila Panch judge has become a very respected position. It has raised the social status of the women in this role. If the judges are seen to be corrupt, they will lose this position and this status, which they do not want to do. This also helps to keep corruption in check.

Can the decisions of the Mahila Panch court be appealed?