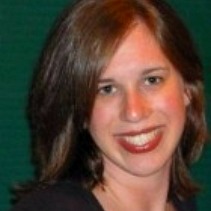 Lauren Katz (Home for Human Rights - HHR): Lauren was born and raised in Baltimore, Maryland. She earned her B.A. from the University of Maryland in Government and Politics, with a concentration on international studies. She then volunteered at the University of Maryland HELP Center and domestic violence shelters in Washington, D.C., before entering the Georgetown University Law Center, where she graduated with honors. While at Georgetown, Lauren volunteered at the American Bar Association Commission on Domestic Violence and the Bread for the City Legal Clinic. After her fellowship, Lauren wrote: “The best aspect of my fellowship was building relationships with my co-workers and beneficiaries. Because of the trauma of the war, many were initially distrustful of me as an outsider. It was incredibly rewarding when I was included in serious conversations about what people experienced during the war, and what their true opinions are now.”

Sri Lanka is currently facing its greatest natural disaster related humanitarian crisis since the 2004 Tusnami.  In the first weeks of January 2011, non-stop rains have caused massive flooding in the Eastern Province.  The Districts of Batticaloa, Ampara and Trincomalee in particularly have been severely affected, with entire villages now resembling lakes.   One million people hit by severe floods in Sri Lanka, and over 300,000 people have been displaced.  Over 1 million acres of paddy lands have been destroyed, which will make the coming months very difficult for Sri Lankan farmers.

To my frustration, the Western media has not paid much attention to this crisis.   After the tsunami, the US sprang into action to give aid to the affected.   I hope that as more information comes out, the world will start to pay attention.