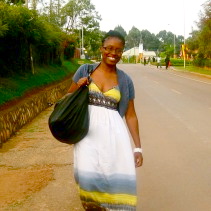 All in the Family

Florence Lwanga (above, left) lived in exile in Kenya and the United Kingdom after the brutal Amin regime targeted her husband for execution. On their return, she found that the government expropriated businesses and placed them in the hands of inexperienced, often uneducated businessmen. The climate for business had deteriorated significantly.

But Florence saw opportunity amid chaos. With seed money from her husband and connections in the United Kingdom, Florence paid three months rent on a small shop housed in a prominent Kampala hotel and imported from the UK products that were not found in Uganda at the time, like dental floss, toothbrushes and foreign newspapers. Within eight months, the shop was self-sufficient and even profitable.

She is now one of Uganda’s most prominent businesswomen. She has owned a Shell petrol station, a children’s clothing store called Teens and Tots and a grocery. Today, the Lwangas own and run a telecommunications company called TimCom and a radio station called Radio Ssese, as well as several residential properties. Mrs. Lwanga herself owns nine acres of land, a key asset in Uganda.

She has seen how far Uganda has come in promoting gender equality. In the 1970s, Florence remembers, a woman couldn’t get a loan without her husband signature, a serious impediment to financial independence. Boys were blatantly favoured for education and women could not inherit, resulting in serious constraints to women’s access to finance. “There was a time when a woman had to ask her husband permission to travel well in advance. Today, I simply inform my husband of my itinerary.”

And she wants other women to capture their independence. She is a quiet advocate for increasing women’s access to finance and land. Although she is among Uganda’s upper class, she recognizes that Ugandan women of all classes have more in common than it may appear. She is as impressed by the hardworking market vendor who sells ten hours a day, seven days a week from a small wooden stall as she is by the well educated divorcee who has rebuilt her life independently after a failed marriage.

She is an example of an African woman who is part traditional submissive wife, and part modern, clever, common sense businesswoman. She is kind without being weak, hardworking without neglecting her family and firm without being harsh.

Her advice to budding female entrepreneurs? Manage your finances professionally, keep business and family separate, work hard and be persistent.